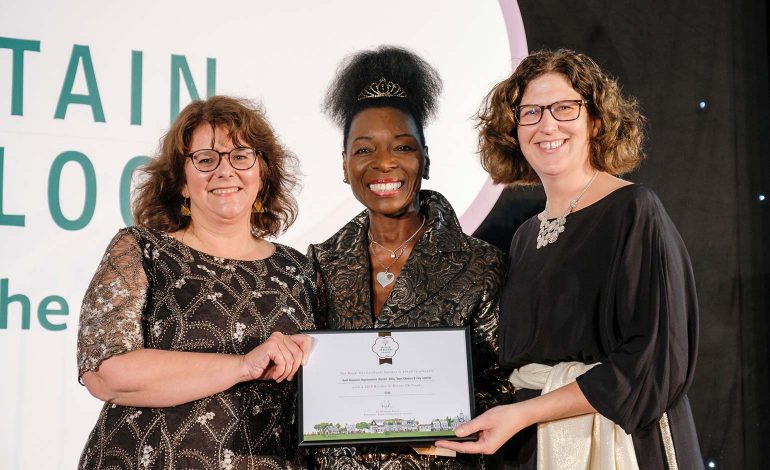 The prestigious accolade brings the 2019 tally of gold awards for the city up to three.

Earlier in the week, Bath BID won gold at the Royal Horticultural Society’s South West in Bloom competition and the Bath in Bloom Committee won gold in the ‘Champion of Champions’ competition.

These were presented at the South West in Bloom awards in Newquay.

Bath BID has achieved a gold award in the South West in Bloom competition for the past three years and this year, the BID was proud to be nominated to the national stage of the competition, the only Business Improvement District at that level.

The national judges, who visited the city in July, commented favourably on the Wild Walcot Partnership, the high quality of maintenance in Parade Gardens, the teamwork and community drive behind the renovation of Manvers Street and public landscaping in Brunel Square.

Their favourite planters were those in Upper Borough Walls; “Lush” they said, “Just lush”. 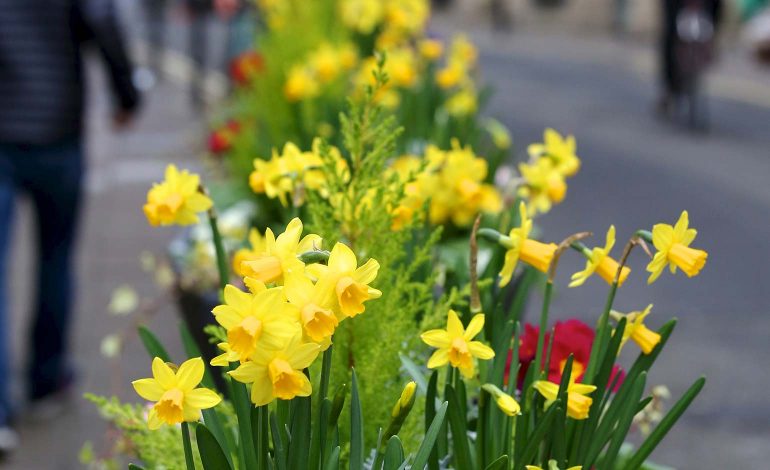 The planted troughs in Upper Borough Walls earlier this year

They identified the ‘Bee Kind’ initiative in SouthGate as a great example of what can be done for urban pollinators and were impressed by the work of the World Heritage Site team to preserve the city.

They were very enthusiastic with how well the BID had done as a first-time entrant to the Britain in Bloom competition compared to other teams that have been doing this for years.

Allison Herbert, CEO of Bath BID, is delighted; “It is thrilling to receive such a high accolade from the RHS and be presented with our certificate by Baroness Floella Benjamin.

“This award represents the creativity and hard work of many people and organisations across the city beyond the BID – Milsom Place, Kingsmead Square, SouthGate and all the pubs, shops and restaurants that make the city look great as well as the hard work from the Bath in Bloom committee and, of course, the Royal Victoria Parks Department of B&NES.

“The judges noticed this, commenting particularly on the cooperation and relationships across the city.”