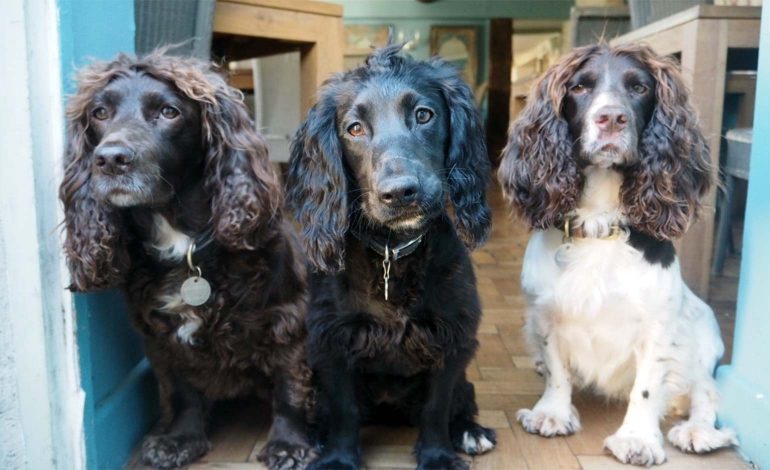 Recognised for its outstanding dog-friendly welcome to four-legged customers, The Wheatsheaf scooped the award beating stiff competition from some of the region’s finest pubs.

Adele Barton, owner of The Wheatsheaf received rapturous applause as she collected their award at the ceremony on Thursday 21st November at Marriot Bristol.

This was the first year that the category, supported by Devon-based natural pet food makers Forthglade, was featured at the awards, and was created to encourage local pubs to offer the very best in hound hospitality and help celebrate the pup-friendly pubs that go the extra mile to make dogs truly welcome.

The finalists for Bristol, Bath and Somerset’s Most Dog Friendly Pub were nominated by members of the public throughout the summer, before being judged by some of the county’s most discerning four-legged friends and their owners from the Tourism Awards.

A total of 2,500 pubs were nominated from across the South West The Prince of Wales, Stoke Sub Hamdon and The Blue Ball Inn, Triscombe receiving Bristol, Bath and Somerset’s Silver and Bronze award for their fantastic canine welcome.

Upon winning the coveted title ‘Most Dog Friendly Pub Award’ Adele Barton, owner of The Wheatsheaf in Combe Hay and owner of Margaux, Gloria and Lyla, Lucky and Poppy said: “Margaux, Gloria, Lyla, Lucky & Poppy would like to say what an honour and a privilege it is to receive this esteemed honour on behalf of all our humans at The Wheatsheaf Combe Hay, THE most doggy friendly place in the world!

“We would like to thank all our dog friends and our human family (especially chefs!) and other human visitors, we love you all! Woof, woof, woof, woof woof.”

The Wheatsheaf will now be put forward as a finalist for the South West Tourism Awards whose panel selects winners for the regional finals.

The South West final takes place at Exeter Cathedral on 6th February. Here, they will go head to head with the very best in canine hospitality across Devon, Cornwall and Dorset.

Nell Barrington, organiser of the Tourism Awards said: “We’ve been amazed by how popular the new dog friendly award has been.

“It seems that the dog friendliness of a pub is more important to us than ever before.  With the help of Forthglade supporting the award, we’ve been are able to recognise and reward The Wheatsheaf for all the work they’re doing to make the dogs of Bristol, Bath and Somerset feel truly welcome.”