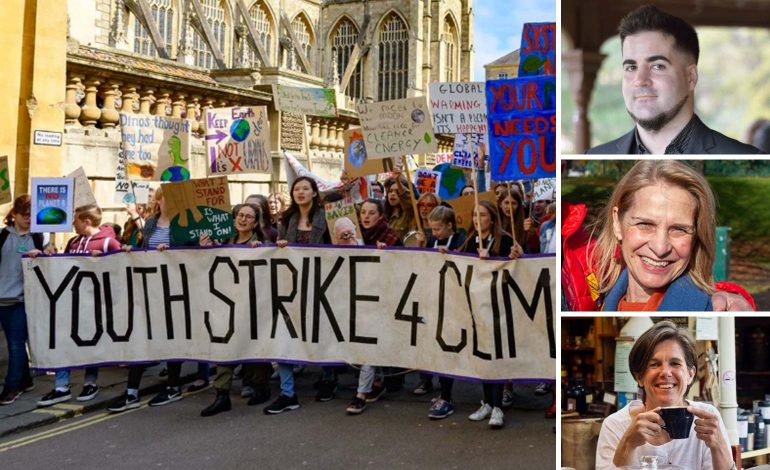 The hustings have been organised by Bath Extinction Rebellion and will take place in Orange Grove at 12.30pm on Friday 29th November 2019. The candidates will be joined by local councillors.

Local schoolchildren, students and workers will be joining millions across the world on strike on Friday, demanding action on climate change.

They will march through the city from the Guildhall at 11am, arriving at Orange Grove at 12.30pm, where candidates and councillors will be called to account on their plans for the climate emergency.

The end of the hustings will be marked by each candidate being asked to step forward and claim a tree, with a public commitment to their environment pledges.

A large art installation will also be erected in the middle of Orange Grove acting as a focal point for events and activities throughout the day, including music performances, Christmas-themed art activities and events, including XR’s Father Greenmas who will be giving away free ice cubes.

The strikers will also be calling on members of the public to object to the disastrous planned expansion of Bristol Airport.

Dave Searby, spokesperson for Bath Extinction Rebellion said: “The current government is trailing way behind the public on the climate issue.

“Proceeding with airport expansion is a crime against our children and grandchildren, whilst implementing a green new deal would be a win for both jobs and the environment.”