Two shops in Bath, a bookshop and a farm shop and cafe, have been named on the shortlist of retailers in the running to be named Britain’s Best Small Shop of 2020. 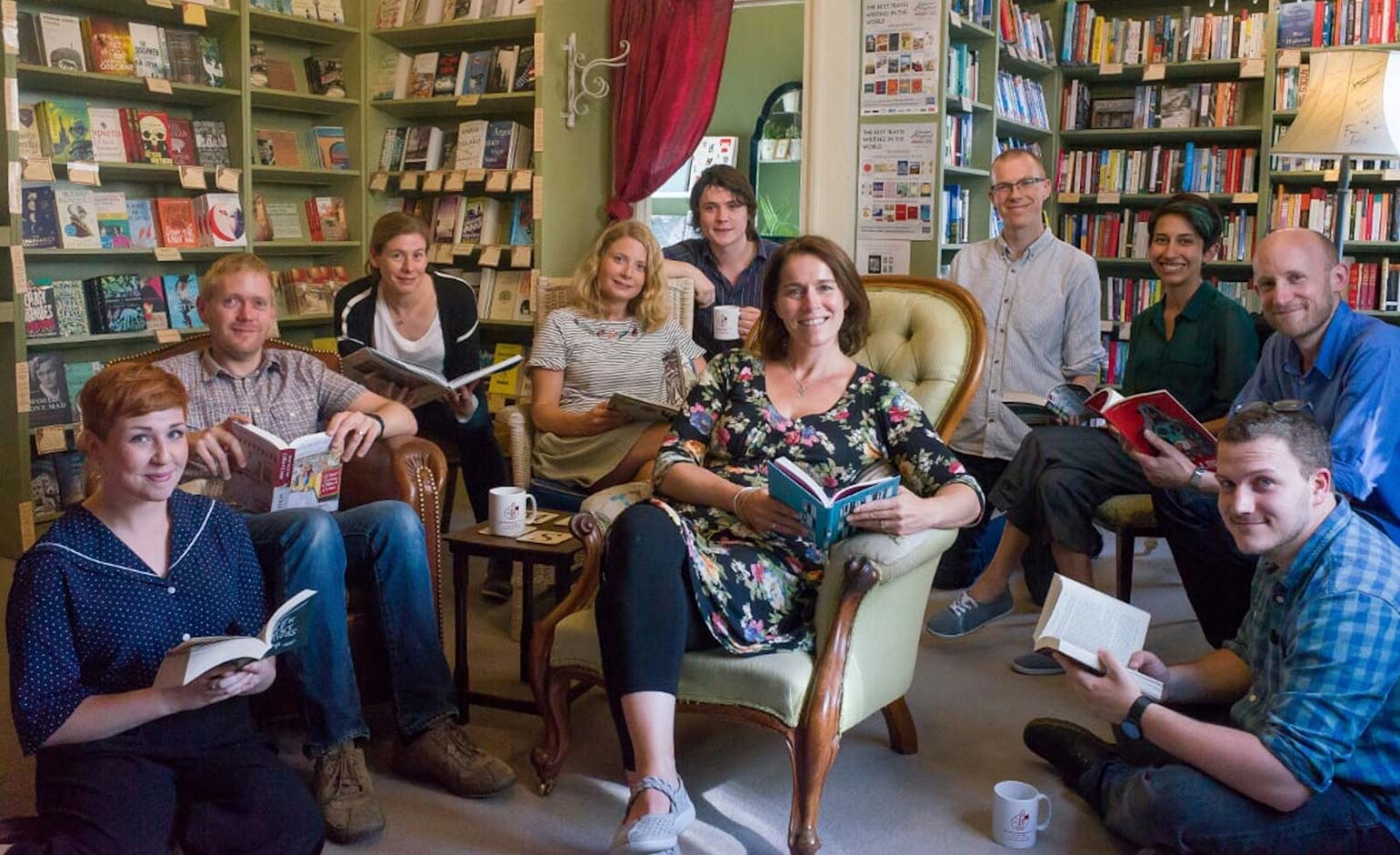 The team at Mr B’s Emporium

They are Mr B’s Emporium Of Reading Delights, which has twice been named the UK’s best independent bookshop and was named in 2015 as one of the ten best bookshops in the world.

It has given new space this year to displaying lists about vital issues from Black Lives Matter to the climate crisis, and to give more space to its inspiring children’s section.

“We have also changed our packaging to make it recyclable. New book subscription packaging is also being designed that is more sustainable.

“We are also pressuring publishers to change processes and are no longer accepting proof copies or unsolicited marketing material, making the book returns process less wasteful.”

In addition to personalised reading subscriptions, the shop also offers Reading Spas, in which one of the shop’s team of booksellers aims to learn all about a guest’s favourite reads over tea, coffee and cake, before introducing them to a selection of books especially chosen to suit their particular tastes.

The other finalist is Newton Farm Shop & Café at Newton St Loe, which has developed from a butcher’s counter to a well-stocked shop and award-winning cafe serving home-reared meat from the farm.

It has had to reinvent itself several times as a business over the course of this year.

The family’s eldest daughter, Kirsty, set up a delivery and contactless collection service in March, which was aimed at those in the vulnerable category and its popularity soared after the UK-wide lockdown was introduced.

At one point, more than 400 orders were being fulfilled in a week with the team working 100 hours a week.

The shop’s short supply chain enabled it to remain fully stocked with essentials throughout lockdown.

Using local suppliers such as Castlemead Farm for eggs and chicken meant the shop never went without.

Prior to Covid, the Farm Shop would hold events throughout the year, partnering with local businesses such as florists for wreath workshops; as well as seasonal events such as outdoor cinema nights and foraging walks.

In 2019, they asked for volunteers to help with planting trees on the farm and the response was extraordinary, with 37 volunteers, who were rewarded with teas, coffees and breakfast rolls afterwards.

The Best Small Shops competition is managed by the Independent Retailers Confederation (IRC), whose member trade associations represent approximately 100,000 independent retailers throughout the UK between them.

The competition celebrates the commitment and creativity of independent retailers on the UK’s High Streets and the central role they play in their local communities.

It is sponsored by Maybe*, an engagement platform that helps make social media work for independent retailers. The winner will be announced next month.

“This has been a particularly challenging year for small, independent retailers and many have come through to this point through innovation, quality of product and service, a commitment to serve their local communities and a large dose of determination,” explained Mark Walmsley, Chair of the IRC.

“As more and more people have been forced to stay home and work from home, we have seen just how much we all value local independent shops and want to see them not just survive, but also thrive.

“These shops offer choice, diversity and genuine customer service. And, after what has been a rather dark year, that has to be worth celebrating.”

Previous winners have included Bristol-based delicatessen Papadeli, the 2019 winner, and The Mainstreet Trading Company, a combined bookshop, café, deli & homeware shop based in St Boswells, in the rural Scottish Borders, which won in 2018.