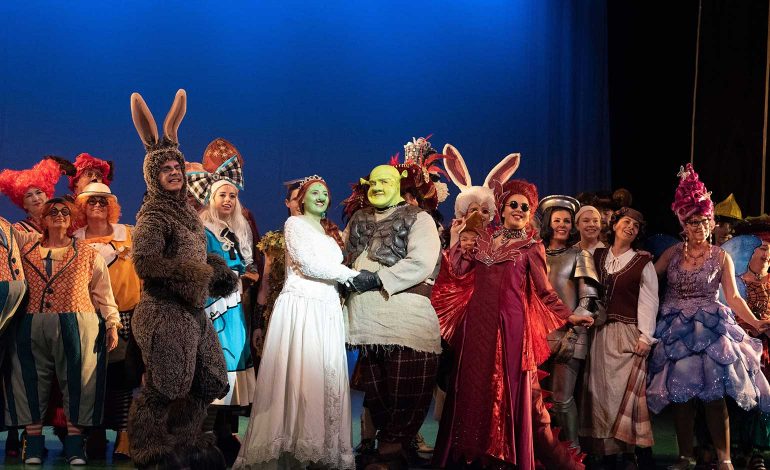 Based on the hugely successful film of the bad-tempered ogre, Shrek lives a solitary life in his swamp, overrun with fairy tale folk.

He is sent on a seemingly impossible task to rescue Princess Fiona from her tower, which is guarded by a dragon, and return her to Lord Farquaad to be married.

Even in this crazy world, the course of true love does not run smoothly and alongside a talking donkey, Shrek sets out on his quest.

The storyline and characters follow the path of the film. There are a couple of stand out numbers but the show feels over long with act 2 padded largely by songs. 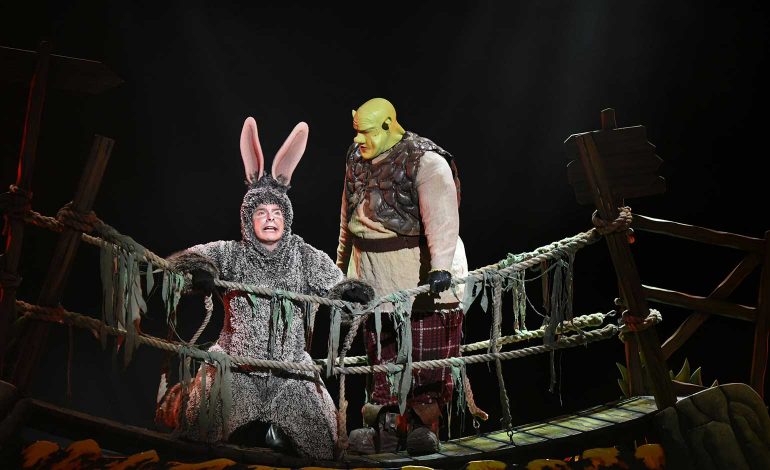 None of this is clearly the responsibility of BLOG, who create a mad cap world full of colour and fun.

The costumes are excellent. George Miles in the titular role is strong and vocally excellent.

Lizzie Andrews is a suitably unlikely princess full of dreams whilst in reality hiding her own secret. The leading trio is then completed by Ryan Hughes as Donkey, a comedy dream role.

Geoff White is the vertically challenged Farquaad and all leading roles are covered with ease.

The large company is well utilised by this largely technical production. Once the slow scene changes, sound balance and volume is resolved then it will no doubt settle into a good run.

Shrek The Musical, based on the Dreamworks Animation Motion Picture and book by William Steig, is performed by the Bath Light Operatic Group. It is showing at the Theatre Royal in Bath until Saturday 12th October 2019.