This lavish production from the Rondo Theatre Company is an adaptation of the Terry Pratchett novel of the same name, and of course works on the same steampunk fantasy level as other Discworld novels. 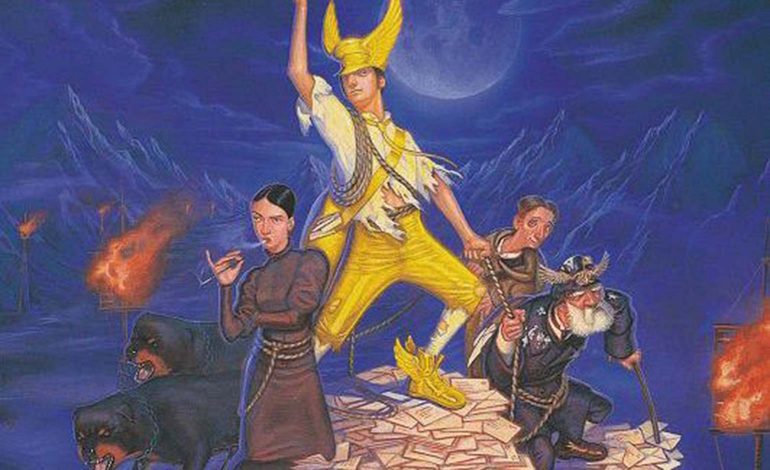 At two and a half hours plus interval, it can feel a bit of a stretch – but that’s really the only mild criticism of it.

Otherwise, the bonkers plot around the re-establishing of the postal service in the city of Ankh-Morpork, and its deadly rivalry with The Grand Trunk semaphore service and its series of telegraph towers, or ‘clacks’ is entirely faithful to the novel.

The suave cold-eyed patrician Lord Vetinari is superbly played by Sam Fynn, as he appoints the somewhat-but-not-quite reformed criminal Moist von Lipwig, played with massive verve by Jeremy Fowlds, to the job of postmaster of the long-moribund postal service.

It involves, among much skulduggery and dirty dealing, a lumbering eight-foot high Brummy-accented clay-built Golem (Jonny Wilkinson), the vivacious and charismatic Golem-dealer (and love interest) Adora Bella Dearheart (Jude Bucklow) and many, many more.

The gender balance in the production is interesting; the cast of twelve is almost even – seven men, five women – but of the 33 characters (that’s right) who appear, twenty-five are played by women.

The costumes are wonderful, the set and props are suitably mad, and none of the performances by either gender disappoint in this sidelong, rumbustious swipe at corrupt business practices.