For all the Jane Austen lovers out there, this year’s Jane Austen Festival in Bath is appropriately, as it is partially set in the city, celebrating the popular novel Persuasion. 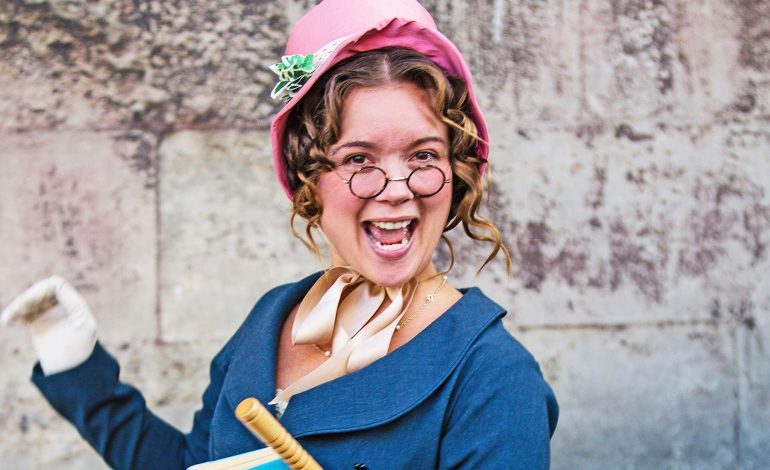 The Natural Theatre Company will be hosting theatrical comedy walks

With sailors and soldiers, more theatricals, Balls, and other events than ever before, the 18th annual festival is promised to be the best yet.

For the first time, the Pre-Festival Get Together is being held at St Swithin’s Church, the location of the marriage of Jane Austen’s parents.

The world famous Grand Regency Costumed Promenade will take place on the first Saturday, winding it’s way through Bath from the Royal Crescent to Parade Gardens, and finishing off in the Guildhall with the Festival Fayre.

The Literary Music Ensemble, led by soprano Rosie Lomas, is set to perform music inspired by Persuasion at the Holburne Museum.

The Assembly rooms will host a day of Regency dancing with the Jane Austen Dancers of Bath, there’ll be the popular Country Dance Ball in the Guildhall, and a spectacular Masked Ball held in the Roman Baths.

Organisers will also welcome the Chamber Opera Tours from Chicago with their musical adaptation of Persuasion, along with The Box Tale Soup Theatre Company with their two actor, seven puppet adaptation of Northanger Abbey.

The theatrical finale is ‘Darcy’s Ball’, the Natural Theatre Company’s imaginings of life after ‘The End’ – it promises to be a hilarious end to the festival.

The Jane Austen Festival will take place from Friday 14th – Sunday 23rd September. For tickets, and the full programme of events, visit: www.janeaustenfestivalbath.co.uk/festival-programme/.