Critics have questioned why a housing association is being handed £450,000 from the public purse to vacate a listed Bath building. 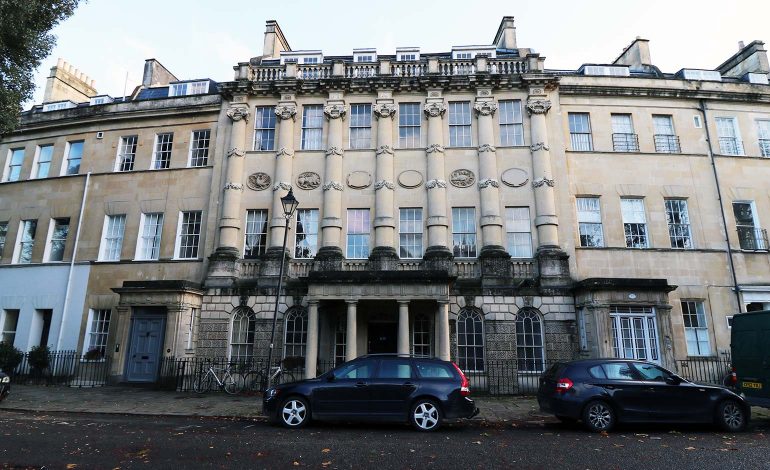 Councillor Richard Samuel said the 20 Guinness Partnership flats at 23 Grosvenor Place in London Road are “very poor quality” so it has asked to surrender the lease 39 years early.

He said Bath and North East Somerset Council could recoup the six-figure sum by selling the property – worth an estimated £1.5million – and the money could be reinvested in social housing.

Cllr Colin Blackburn said the authority will foot the bill to bring the building up to scratch while the housing association was being allowed to walk away scot-free.

Speaking at last Thursday’s full council meeting, he said: “I’m struggling with the lack of transparency.

“What are the implications of losing 20 dwellings for vulnerable people?

“What are the implications for the remaining 39 years of the lease?

“What’s the value of the property in its current condition? What would the refurbishment cost?

“It appears there have been negotiations that the property team expect us to rubber stamp.

The Guinness Partnership signed a contract on 23 Grosvenor Place in 1993 but it has approached the council to surrender the lease 39 years early.

The grade I-listed building was constructed as a hotel in the 18th century and converted into flats in the 1970s, although a report says does it not lend itself to good quality affordable housing.

Councillors were asked to approve the payment of a £450,000 “reverse premium” by modifying the council’s approved budget for the year.

Conservative group leader Paul Myers said the papers were “wafer thin” and the decision had not been justified.

But Cllr Samuel, the deputy leader of the council, said members were only being asked to change the budget, not to consider the detail of the proposals.

As cabinet member for resources, he will make the decision later this month, and then it will be open to scrutiny if it is called in, he said.

Cllr Samuel added: “The intention is to repay the £450,000 from the anticipated capital receipt from the building.

“Guinness has been in the process of rehousing the tenants. Most have been rehoused in Bath, one into a Guinness property in Bristol.

“Seven tenants remain in the building.

“I wouldn’t want a long delay between the acquisition and the future options for it.

“If there are any funds released, I hope they can be spent on future social housing provision in Bath and North East Somerset.”