Charity bosses are calling on landlords who profit from students in Bath to help house people living on the streets. 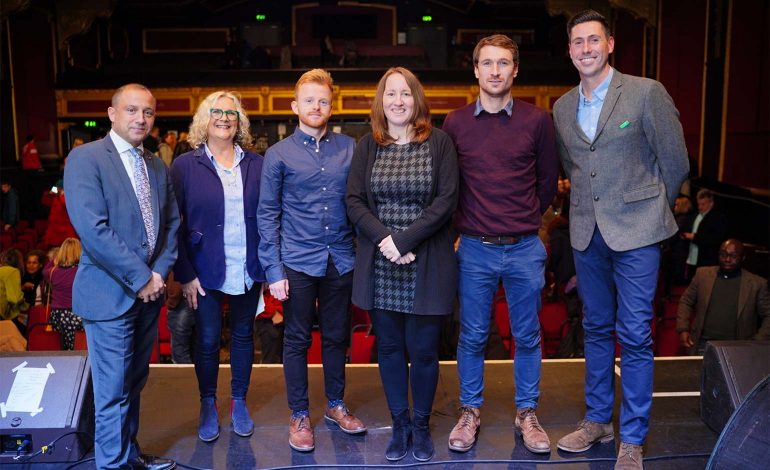 Victor da Cunha, the chief executive of housing association Curo, said the system has failed and Government radically needs to rethink its spending on social housing.

Speaking at the premiere of a film on homelessness in Bath last week, Ms Wootten said: “We need to hold private landlords to account.

“There isn’t enough stepping-stone accommodation [for people who have been homeless].

“I’m urging the council to look at how many private landlords have five or more HMOs [shared properties known as houses in multiple occupation] they are letting out.

“They’re making a lot of money out of students. They’re driving prices up and pushing people out of the market.

“What social good are they bringing? They need to let at least one property to Julian House or DHI to increase the throughput.”

“Think very clearly about the legacy of a city and a region that fails to build the housing for the future.

“At some point, your house was in a field. Someone has to be brave enough to commit and think about the long-term housing need of the community.

“It’s fabulous that people donate to charities and the lottery contributes, but it’s unsustainable for the country to rely on.

“£22 billion a year goes to subsidise the rental system. If that could be switched to capital investment, that would have a dramatic impact.

“We need a long-term commitment to invest in homelessness. The system has failed.”

Councillor Richard Samuel, the deputy leader of Bath and North Somerset Council struck a similar note when he told the last cabinet meeting: “It’s the mark of a civilised society that it can house all of its residents in dry, safe, and affordable housing.

“It must be our aim to remove the scourge of homelessnesss, whether rough sleeping or sofa sleepers, the invisible homeless.

“Nobody in 2019 should be without a roof over their head.”

The council is drafting a new homelessness strategy that prioritises increasing access to the private rented sector, improving the temporary accommodation on offer, and boosting understanding about homelessness services.

The authority could also buy empty properties for use as social housing.

Ms Wootten and Mr da Cunha were speaking at the premiere of Meaningful Film’s new film, A Roof Over My Head, at Komedia last Wednesday.

It was commissioned by St John’s Foundation to highlight the issues of homelessness – spanning from rough sleepers to sofa surfers to those at risk of eviction – and the breadth of support available in and around Bath, with inspiring stories from those who have benefited.

A Roof Over My Head can be viewed at https://stjohnsbath.org.uk/sjf-videos/video/featured/a-roof-over-my-head/373085053/.