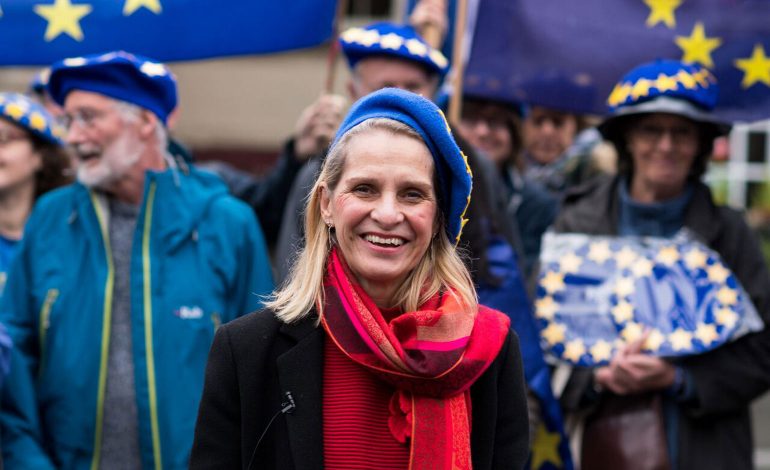 Speaking at the November Pulse of Europe event, Wera Hobhouse said: “It’s chaos, the Government doesn’t know its own mind.” The MP for Bath described the likely deal Prime Minister Theresa May would put before Parliament as ‘BRINO’ – Brexit in name only.

She continued: “We’ll leave the institutions of the EU, just follow the rules but have no seat at the table.”

In a rare admission, she added: “I agree with Jacob Rees-Mogg. We would be a vassal state. Is that really what people voted for in 2016?”

Wera also discussed the concern that MPs have about leaving the EU without a deal, pointing out the No Deal scenario would have political consequences, and possibly a general election. 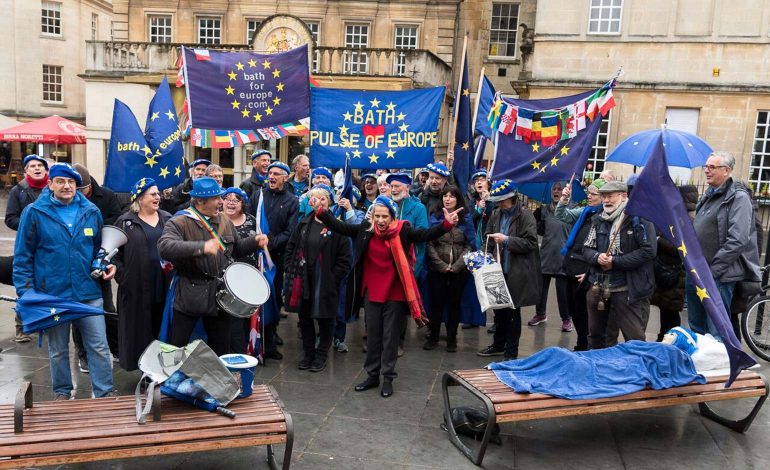 The Liberal Democrat MP went on to talk about a People’s Vote on the final Brexit deal, saying: “It remains democratic and legitimate to go back and ask the people again – is that what you wanted?”

Ms Hobhouse encouraged those at the event to make their voices heard by writing to their MPs and Prime Minister Theresa May to demand a vote on the final deal.

The NHS was the main theme of November’s Pulse of Europe event, and in addition to a short skit depicting the NHS as a sick patient, the crowd listened to a talk about the impact of Brexit on the health service.

Alison Born, who worked in the NHS for many years, spoke mainly about the problems of staffing and funding.

She pointed out there are more than 40,000 registered vacancies in England, as there has been a large exodus of EU and foreign staff.

“Lives will be put at risk by Brexit and it will only get worse,” Alison said. “The Leave campaign promised £350 million per week to the austerity-starved NHS, but the reality is that Brexit will drain resources and reduce funding.

“Now we know more about what Brexit means, we must be allowed an informed vote on the deal.”