A Bath campaigner is calling on the council to grasp the issue of food poverty, saying society should “never stop being shocked by it”. 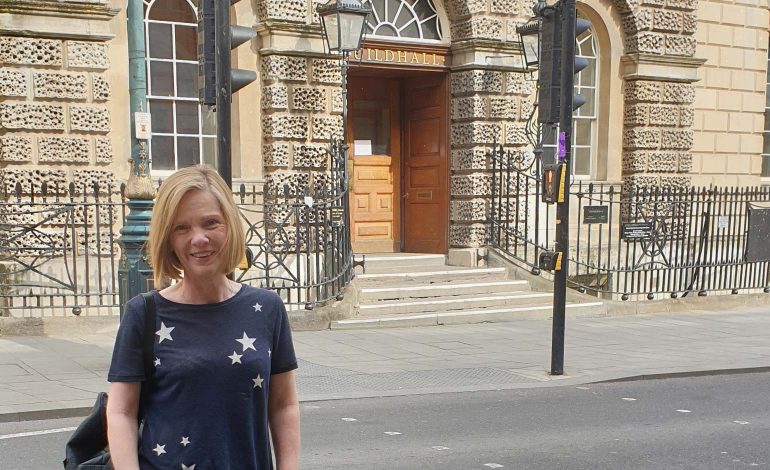 Jane Middleton is calling on the new Bath and North East Somerset Council to get a handle on the issue after central government’s “failure to act”.

The food bank volunteer asked all the major parties to make commitments ahead of the May 2 election but said only Labour gave a positive response.

Mrs Middleton, who spent a year investigating food poverty for a masters degree, said: “Food poverty isn’t going to go away. The scale of the problem is huge.

“Food banks are the tip of the iceberg.

“Not everyone [who is eligible] goes to a food bank. A lot of people are ashamed they can’t put food on the table.

“Charities are buckling under the strain. Bath Food Bank has had a 36 per cent increase in demand in the last 12 months. Numbers have steadily gone up and up since it opened.

“The vast majority of the referrals to the food bank come from the council. It eases their budgets, and that creates a moral impetus. It all links up.

“These are our neighbours. Of course we have a moral impetus to act.

“Food poverty should be the responsibility of central government but they aren’t going to tackle it. B&NES Council has to step up to the plate.”

Mrs Middleton, whose husband Mike Midgley stood for Labour in the Kingsmead ward, said there are a number of charities and initiatives working to tackle food poverty in different areas but the council could link them all up.

“You could have a breakfast club at one school, but down the road they’re still going hungry,” she said. “The council can coordinate this. We need the political will to do it.

“[Before the election] I tweeted a thread of measures the council could take to tackle food poverty and asked all the parties to sign up to it. Most didn’t reply.

“I got accused of using the issue for political advantage. One candidate said they didn’t know what a local council could do.

“It became clear it wasn’t on the agenda for the election.”

Some candidates spoke about deprivation generally but Jane said there are good reasons to speak about food poverty specifically.

“It’s the easiest thing to put right. Once you’ve put food on the table you can spend time tackling other problems.”

Mrs Middleton wants B&NES Council to put tackling food poverty at the heart of everything it does.

She hopes it will develop an action plan, become a Living Wage employer, and lead initiatives that ensure everyone has enough healthy food to eat.

She will speak on the issue at the full council meeting on Tuesday, 21st May.