Pubs and clubs will soon find it easier to open in parts of Bath due to a lack of crime and disorder linked to licensed premises. 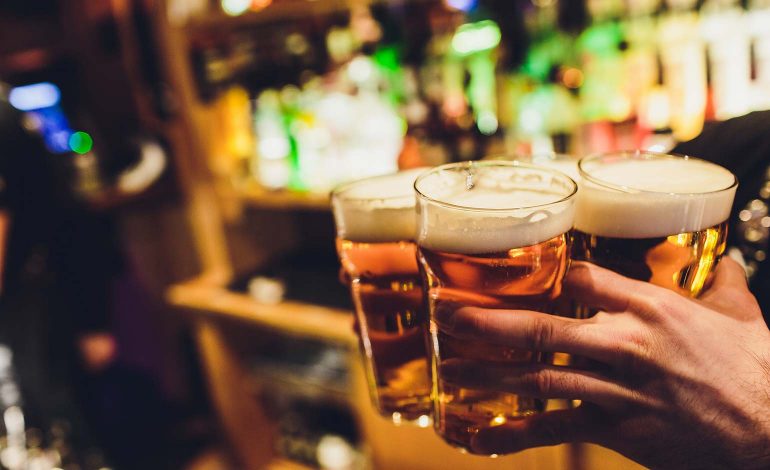 Police said the closure of venues like Club XL means they are rarely called out to Walcot so restrictions on the number of businesses selling alcohol on-site can be relaxed.

Residents associations said the controls had worked well and urged Bath and North East Somerset Council not to change them prematurely.

The authority introduced the policy in 2007 after claims Bath had hit saturation point for boozers, with some wanting the whole city covered.

Licensing manager Cathryn Brown told October 16’s licensing committee meeting: “In 2007 there were concerns about the number of licensed premises in a small area.

“Licensing is a permissive regime – if someone applies for a licence you should grant it unless there are reasons not to. Within the cumulative impact area, that is flipped on its head.

“The presumption is that the licence shouldn’t be granted unless the applicant can demonstrate they’re fulfilling the licensing objectives and won’t add to the cumulative impact.

“The nature of the night-time economy has changed in the last five years [when the policy was last reviewed].

“The proposal is to condense the area and not include areas around Walcot Street – we don’t have the evidence to keep it in the cumulative impact area.” 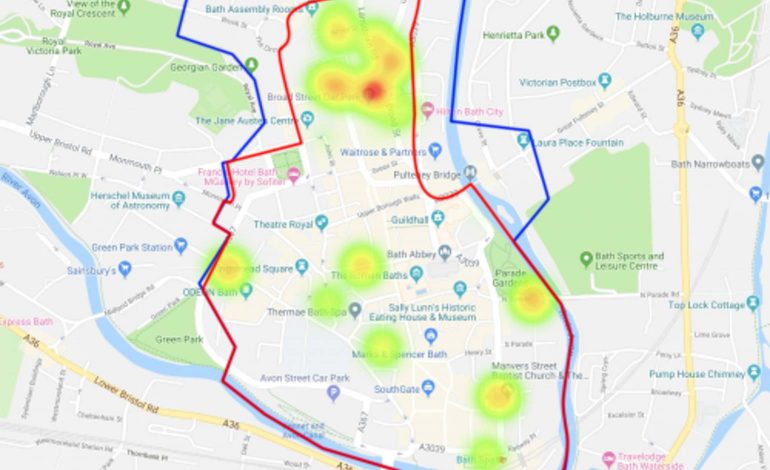 This heatmap, provided by Avon & Somerset Police, shows the common areas of alcohol-related incidents in Bath

A heat map of incidents linked to licensed premises shows the main hotspot is around Milsom Street, Broad Street and George Street.

Others problem areas are around the railway station, Parade Gardens and James Street West.

Julian Road is set to be removed from the controlled zone but the Marlborough Lane and Buildings Residents Association said it “is still quite volatile, liable to change and has experienced a degree of deprivation in recent times”.

It said: “Our overall feeling is that the cumulative impact area has worked well in reducing crime in the city centre area and therefore should not be prematurely changed.

“The cumulative impact area has enough licences to meet the current demand for alcohol in our view.”

The Royal Crescent Society and the Circus Area Residents Association agreed and asked if the boundary could be extended to Royal Victoria Park.

Responding to the comments, council officers said there was no evidence of crime and disorder linked to licensed premises in Julian Road, and no justification for extending it.

Mr Cannon said incidents related to licensed premises in Julian Road were rare and he was “bemused” why it was ever included.

Councillor Manda Rigby said residents may complain privately about a pub or club but not report it to the police or the council.

She urged her colleagues to get the message out that people should log incidents so there is evidence when premises licences and policies are reviewed.

Cllr Steve Hedges said the Liberal Democrats had originally pushed for the whole city to be covered by the cumulative impact area, but Mr Cannon said that would have been hard to justify.

In its consultation response, pub chain Punch Taverns warned the council that cumulative impact areas can cause “stagnation” and “can do as much damage as good”.

The committee backed the proposed changes to the area, a decision that will have to be signed off by full council.