A tribute fund that was set up in memory of a young mother who lost her battle with cancer has raised over £25,000 for The Forever Friends Appeal, the charity for the RUH in Bath. 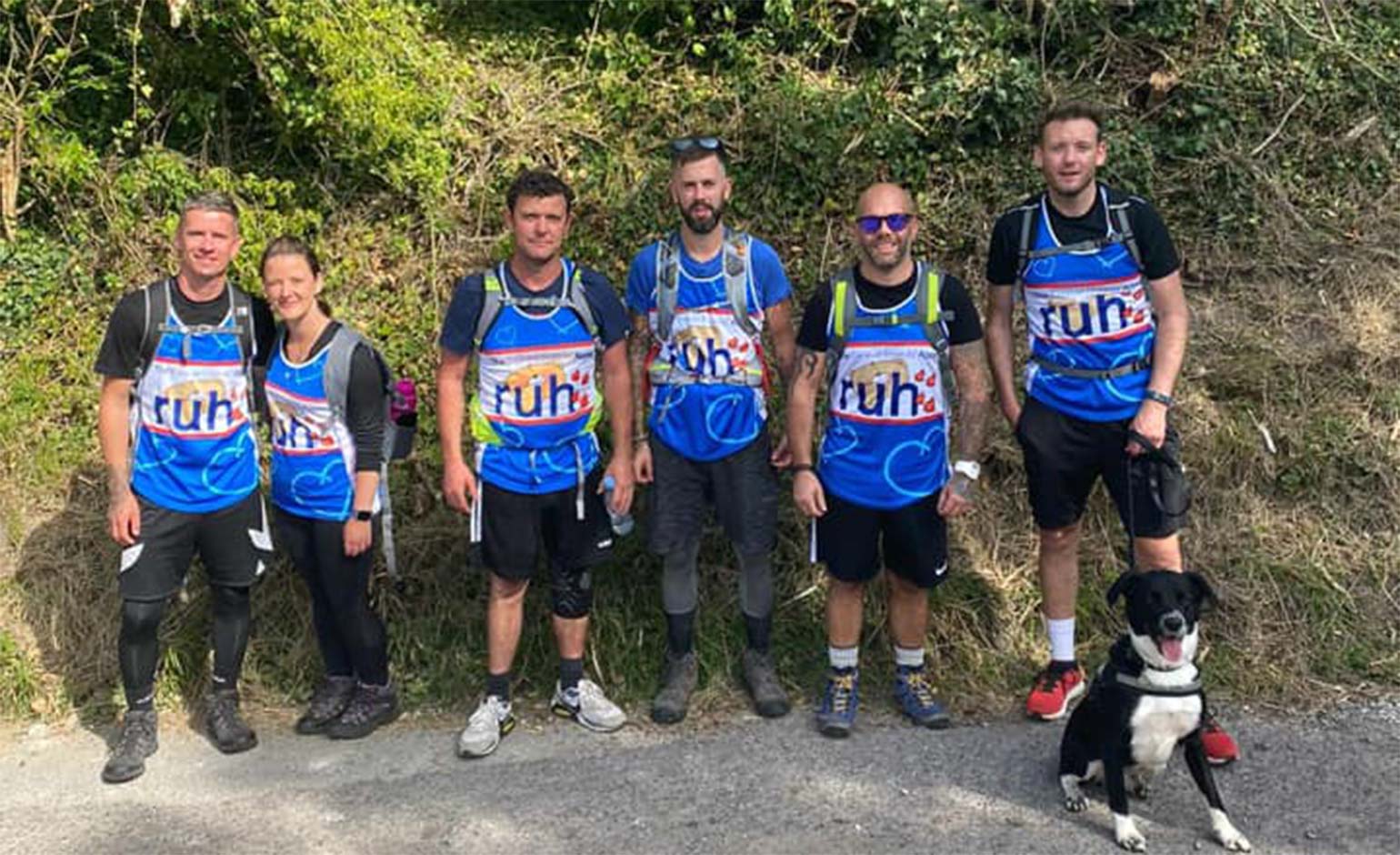 She had always spoken about supporting the Forever Friends Appeal, so her family decided to set up a personal tribute fund through the charity to fundraise towards the new Dyson Cancer Centre at the hospital.

Five years on and the family have organised a variety of events and challenges, including football matches, raffles and earlier this year Kelly’s daughter Ruby, now 9, held a coffee morning in their home town of Devizes and raised £1,700.

With fundraising activities being cancelled this year, Kelly’s brother Ashley with his wife Katie and brother in Law, Jason Muir, decided to take on their biggest challenge yet by attempting a non-stop version of the White Horse Trail, a 80-mile hike that links all of the White Horses in Wiltshire.

Friends and family joined them for sections of the three-day trek with Kelly’s parents meeting them at the final White Horse.

After finishing the event Katie said: “From the bottom of our hearts thank you so much to everyone who has donated, joined us and sent messages of love and support.

“We couldn’t have done it without you all. We are all doing this for Kelly who is worth every penny, every blister, every ache and pain!”

More than £3,000 was raised from the hike, bringing the grand total raised by the tribute fund since its inception to over £25,000.

As a result, the family are now Senior Partners of the charity and will see Kelly’s name in the Dyson Cancer Centre.

Jan Witt, Legacy and Tribute Manager at The Forever Friends Appeal said: “Our charity relies on the wonderful generosity of families out in the community who wish to celebrate the lives of their loved ones through fundraising.

“Setting up a personal tribute fund really does help make a really big difference to the patients and their families who are cared for at the RUH.

“Acknowledging the Kelly Ross Tribute Fund as a Senior Family Partner is our way of saying ‘thank you’ for everything her family, friends and colleagues have done in her honour.”