Over 650 detectorists from across the world recently travelled to a site near Bath for a charitable weekend of metal detecting, raising £11,330 for local charities including The Forever Friends Appeal. 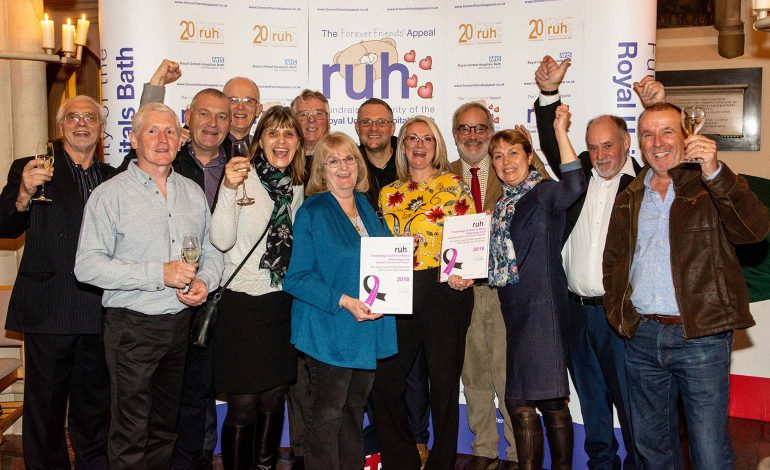 The event also raised funds for CLIC Sargent and the Starlight Children’s Foundation.

The event, dubbed The Rodney Cook Memorial Rally was set up last year by Gary Cook in memory of his dad Rodney who passed away in September 2017.

Proceeds from the ticket sales, raffle and extras will go towards the Forever Friends Appeal’s RUH Cancer Care Campaign for the planned Dyson Cancer Centre at the Royal United Hospital in Bath.

Gary Cook, member of the Trowbridge and District Metal Detecting Club said: “My Dad braved a two year battle with cancer and was treated and cared for by staff at the RUH, so we are very proud to have raised this amount in his memory for the Forever Friends Appeal’s RUH Cancer Care campaign.

“There were some great finds over the weekend ranging from Roman, Celtic, Saxon, and medieval and in the two years that we have held this event, we’ve raised over £60,000.

“Almost £40,000 has gone to The Forever Friends Appeal which I think is a truly fantastic achievement – a great legacy for my late father.

“I would like to thank everyone, the sponsors, landowners, our friends and family who helped made this event happen.”

In November last year, The Forever Friends Appeal welcomed the Trowbridge and District Metal Detecting Club as Senior Community Partners of the Appeal for their significant contribution towards the RUH Cancer Care campaign.

Lauren Noble, Senior Community Fundraiser, The Forever Friends Appeal said: “When members from our community work together, it’s quite impressive what can be achieved and the Trowbridge and District Metal Detecting Rally is a clear example of that.

“We would like to thank everyone who had a part to play in the organisation of such a fantastic event. We are incredibly grateful for all their hard work.”

The Trowbridge and District Metal Detecting Club is currently looking for a new site for next year’s event.