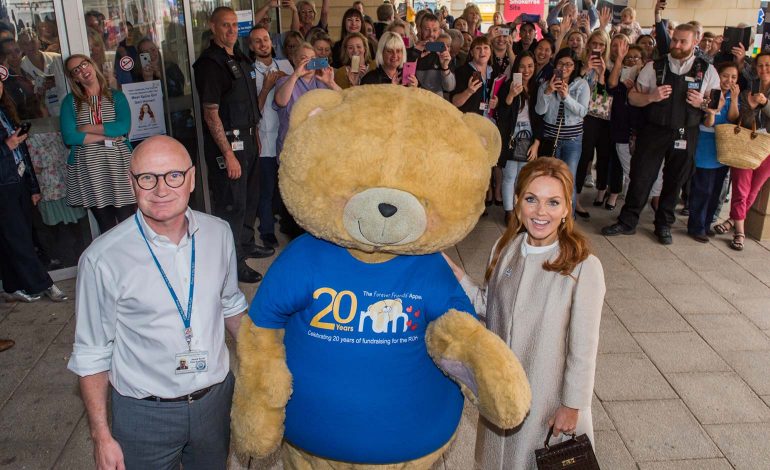 Geri Horner (Halliwell) visited the hospital ahead of the Spice World concert at Ashton Gate in Bristol.

Geri made the special trip to visit patients and staff at the RUH, to mark the 20th anniversary of the hospital’s charity, The Forever Friends Appeal.

Tim Hobbs, Head of Fundraising for The Forever Friends Appeal said: “We are thrilled that Geri came back to celebrate our 20th anniversary with us.

“Twenty years ago she was here helping us launch our charity and our first appeal ‘Giving new heart to the RUH’. It’s fantastic to welcome her back and show her how we’ve helped transform our hospital. 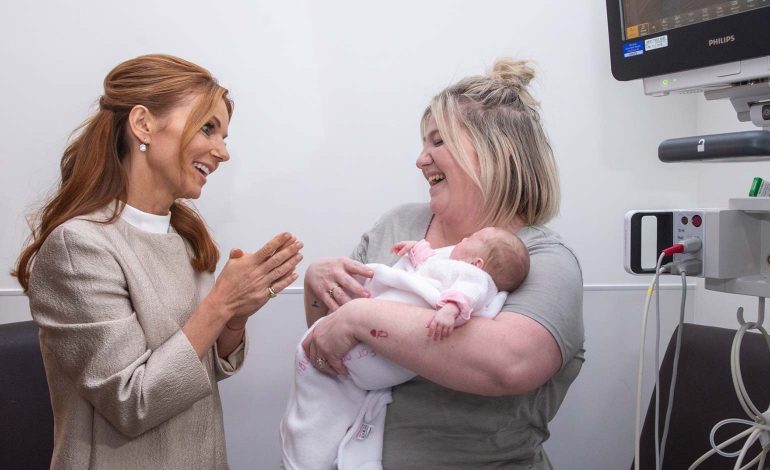 “We were delighted to give Geri a tour of the hospital to show her some of the areas which we have funded thanks to our generous supporters and donors.

“We also visited the Breast Unit, for which we are raising funds, and showed her the new RNHRD and Brownsword Therapies Centre that will open this autumn.”

Since its launch in 1999, The Forever Friends Appeal has raised over £25 million for the RUH.

The funds are used towards purchasing additional medical equipment, creating welcoming environments, new patient services and major build projects such as the RNHRD and Brownsword Therapies Centre and the Dyson Cancer Centre. 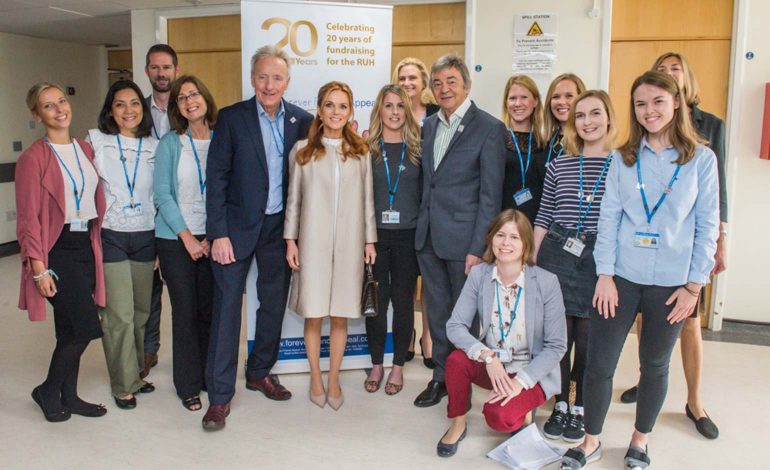 In tribute to the Appeal’s 20th anniversary a unique floral display will be unveiled in Bath’s Parade Gardens this summer. Created by the B&NES Parks team, the display will be on show from 29th June until September.

Later this year, The Forever Friends Appeal plans to introduce some new exciting, innovative major campaigns and smaller appeals to continue making a real difference to patients and their families.