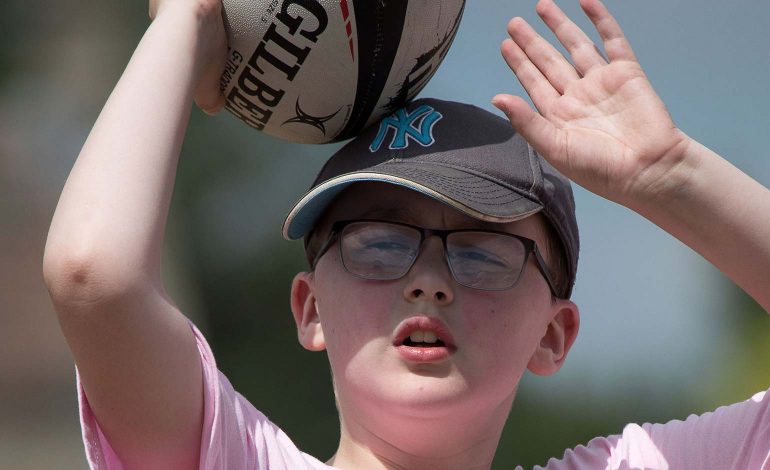 Children from four local SEND schools were invited to learn rugby skills from Foundation coaches, who were expertly supported by Bath Rugby’s coaches and star players.

The youngsters who all have a learning or physical disability took part in rugby-based games and activities during the morning session, before putting the skills they had learned into action in the afternoon in tag rugby matches.

Bath Rugby coaches Todd Blackadder, Toby Booth, Darren Edwards and Stuart Hooper were joined by more than 30 members of the senior playing squad along with Academy players and members of every Bath Rugby department, from the ticket office and shop, to the kitchen and communications office.

Participants came from Threeways, Fosseway, Larkrise and Mendip Schools, continuing the Foundation’s ongoing relationship with the special schools in the area.

The event was organised by Bath Rugby Foundation’s Senior Coach, Becks Toan. She said: “Summer Scrum has been going for several years and it’s our major inclusion and disability festival. 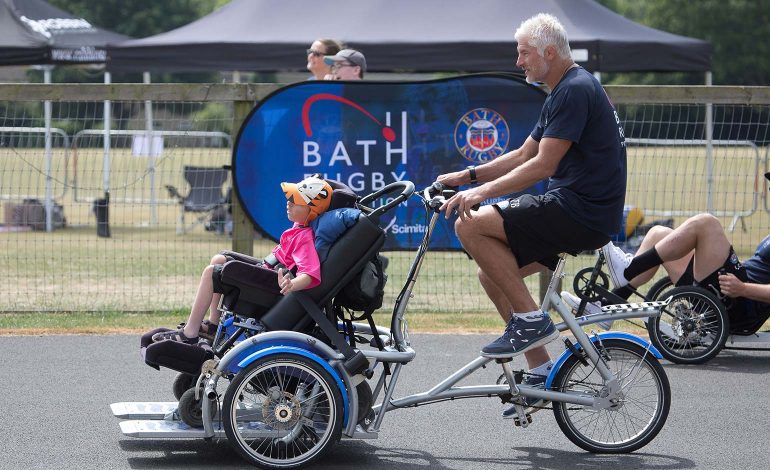 “We had more than 140 students who have special needs and disabilities attend and it’s about them having a day of sport, learning rugby, and meeting some of their Bath Rugby superheroes.

“It’s very special, very inspirational and every child here had the biggest smile on their face.

“It’s all about inclusion, so in the morning all the children went around the stations and also had the chance of cycling round the track on specially adapted bikes, which is very cool.

“Seeing a child’s face when they are on a wheelchair-adapted bike for the first time is truly priceless – you’ll never forget it.

“It’s really nice to see them learning rugby skills that they’ve never learnt before. As a coach, one of the biggest barriers is the fact that they think they can’t do it because they have a disability or a special need, and when they actually find they can kick a ball properly –  even just a little bit – it creates a memory which has a huge, lasting effect on them.”

Bath Rugby’s Director of Rugby, Todd Blackadder, said: “It is a really special day for the Foundation.

“It is important we get behind Bath Rugby Foundation because they do a lot of great work with children and young people in Bath, but also just being here you can see them enormous benefits it has for the children.

“Everyone is really happy and laughing and it’s a big day out for them all.”

Each participant on the day left with a certificate of achievement, presented to them by Bath Rugby players.

The Summer Scrum scheme is funded by Premiership Rugby and Comic Relief.