Bath Spa University and its Students’ Union have joined forces to declare a climate emergency as they call on students, staff, and the local community to pledge their support for urgent action. 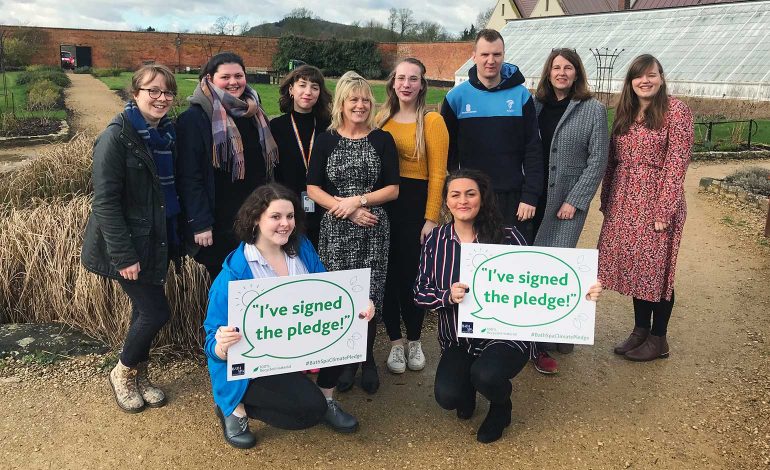 The University and the Students’ Union have published their pledges online at www.bathspa.ac.uk/climatepledge, showing their support for the increasing global calls to tackle climate change, and echoing the climate emergency declarations made by universities across the UK.

Students, staff, and the wider Bath community are being encouraged to make their own pledge to pave the way in making a necessary change.

Bath Spa University Vice-Chancellor Professor Sue Rigby said: “Declaring an emergency means that we can set big goals, but we can also set smaller ones so that everyone is a part of it.

“Sometimes people feel powerless in the face of something so big, but actually this is something where everyone makes a difference all the time.

“It works on three levels, because we can help everyone who is a part of our community to change their own behaviours, but we can also celebrate and enhance the work that the Students’ Union and the University are already doing to address climate change.

“By declaring an emergency we have something of a voice in the wider community and nationally to emphasise the fact that we want the Government to take this very seriously.”

Last year, Bath Spa University made improvements to reduce its reliance on single-use plastics, and all of its electricity has come from certified renewable resources since 2016.

To date, the University has reduced its carbon emissions by over 50% per m2, increased recycling rates to 80% and improved biodiversity on its sites.

Bath Spa Students’ Union President Jazz Nesbitt-Larking added: “We at the Students’ Union have been trying to make smaller changes that students can engage with, like buying your own reusable coffee cups.

“I think the small changes lead up to quite a big change that we can make as a community.

“This could be a really great start to creating a culture shift for us here at Bath Spa in terms of embedding it in every single thing that we do.”

The Bath Spa Students’ Union has made sustainability a core commitment in how it works.

The Students’ Union building has been fitted with water-saving devices and it, along with the University, has been awarded Fairtrade status, with hot drinks served in the SU bar coming from Fairtrade sources.