Team Bath Racing Electric (TBRe), one of the University of Bath’s student racing teams, has unveiled their 2020 car during a virtual launch. 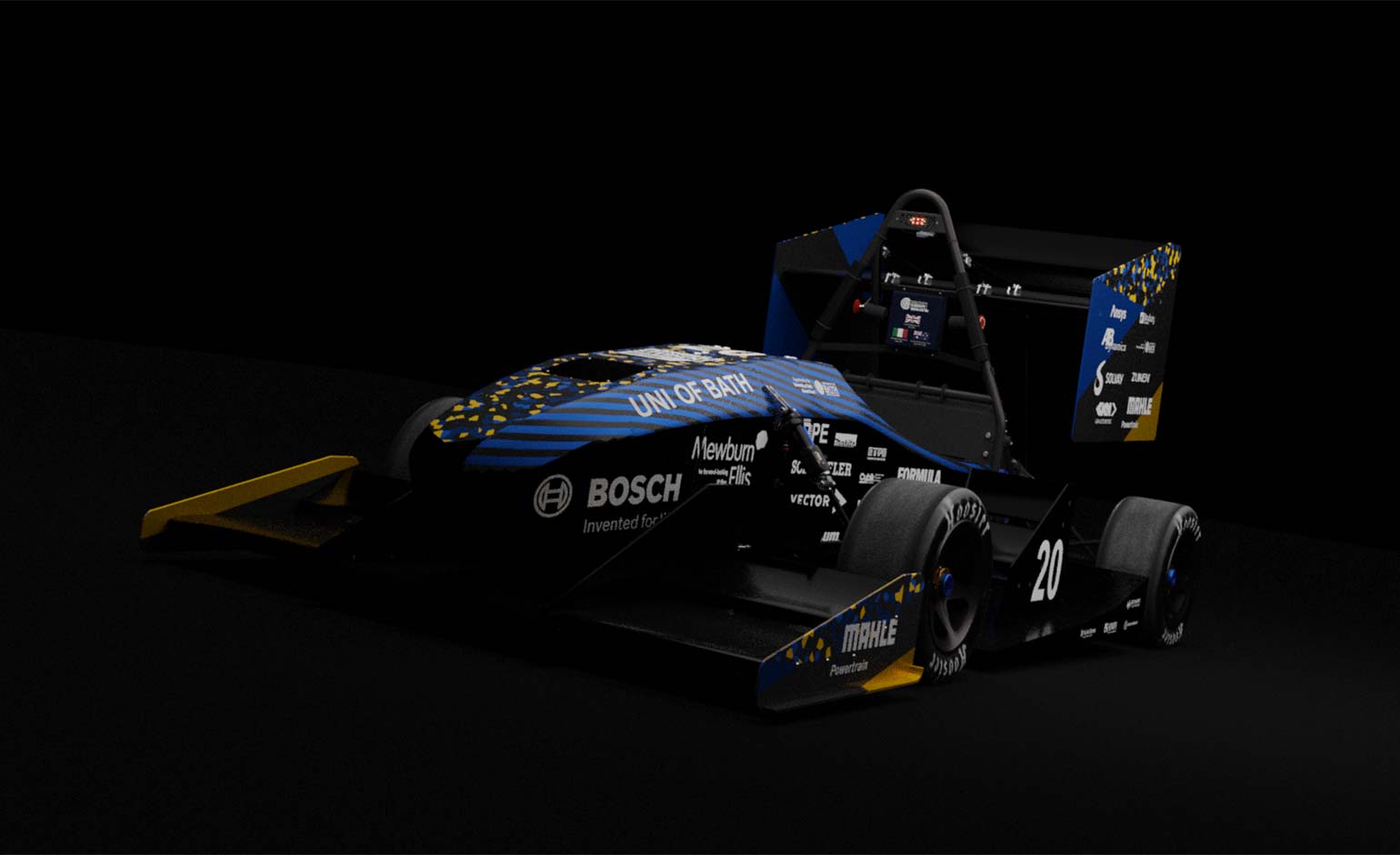 TBRe members have continued working on their 2020 car remotely during the coronavirus lockdown, and showcased their efforts in an online launch event held on YouTube and Facebook.

They say the car, which features a full aerodynamic package, a new suspension set-up to improve handling and weight-saving enhancements, builds on previous TBRe models to offer excellent all-round performance.

The launch event, a 15-minute video detailing the car’s components and design improvements, culminated in an ‘exploded’ view of each part coming together to form the final car.

It was arranged to showcase the team’s work following the cancellation of this year’s physical Formula Student (FS) UK event at the Silverstone circuit in Northamptonshire.

The team had also hoped to compete at FS events in Italy and Australia later this year.

The TBRe final-year team is made up of 20 core members studying mechanical and electrical engineering courses in the Faculty of Engineering & Design.

In total, around 50 students across different year groups are involved in the TBRe effort.

Sam Griffin, a final-year MEng Integrated Mechanical and Electrical Engineering student and TBRe Technical Manager, said that despite the challenges of working remotely, the team has delivered a highly credible car.

He said: “We had almost finalised our car’s design in February and March, and we’d completed about one-third of the build before the workshops had to close. What we’re presenting is exactly what we would have built and taken to the track.

“Our design philosophy has been to retain the best of previous TBRe cars, namely the chassis structure, single motor layout and the in-house battery accumulator, and to introduce new solutions to maximise our car’s potential.

“Visually, the most significant difference is the addition of a full CFD-developed aerodynamics package, but the revised suspension arrangements, narrower rear packaging, and in-house designed radiator are also significant.

“While we’ve not been able to spend time putting the car together, we’ve focused a lot of effort on carefully documenting our processes and the thinking behind the design, which will hopefully aid the design of future cars.

“The whole team has done a great job of working effectively within the circumstances, and we’re very grateful for the support of the faculty technicians and all of our supporters and sponsors.”

Student racing teams at Bath include TBRe and their counterparts at Team Bath Racing, who compete alongside TBRe in a petrol-engined race car.

Other teams based out of the Faculty of Engineering & Design make electric racing bikes, rockets, drones and more.

Formula Student is a highly-regarded international competition, and many of the students who take part go on to start careers in the automotive and motorsport industries, including at Formula 1 teams and top-tier car manufacturers.

University of Bath FS teams have been among the UK’s top-performers over several years.