Police and Crime Commissioner Sue Mountstevens is working with Avon and Somerset Police to encourage residents to know the signs of romance fraud and stay safe online. 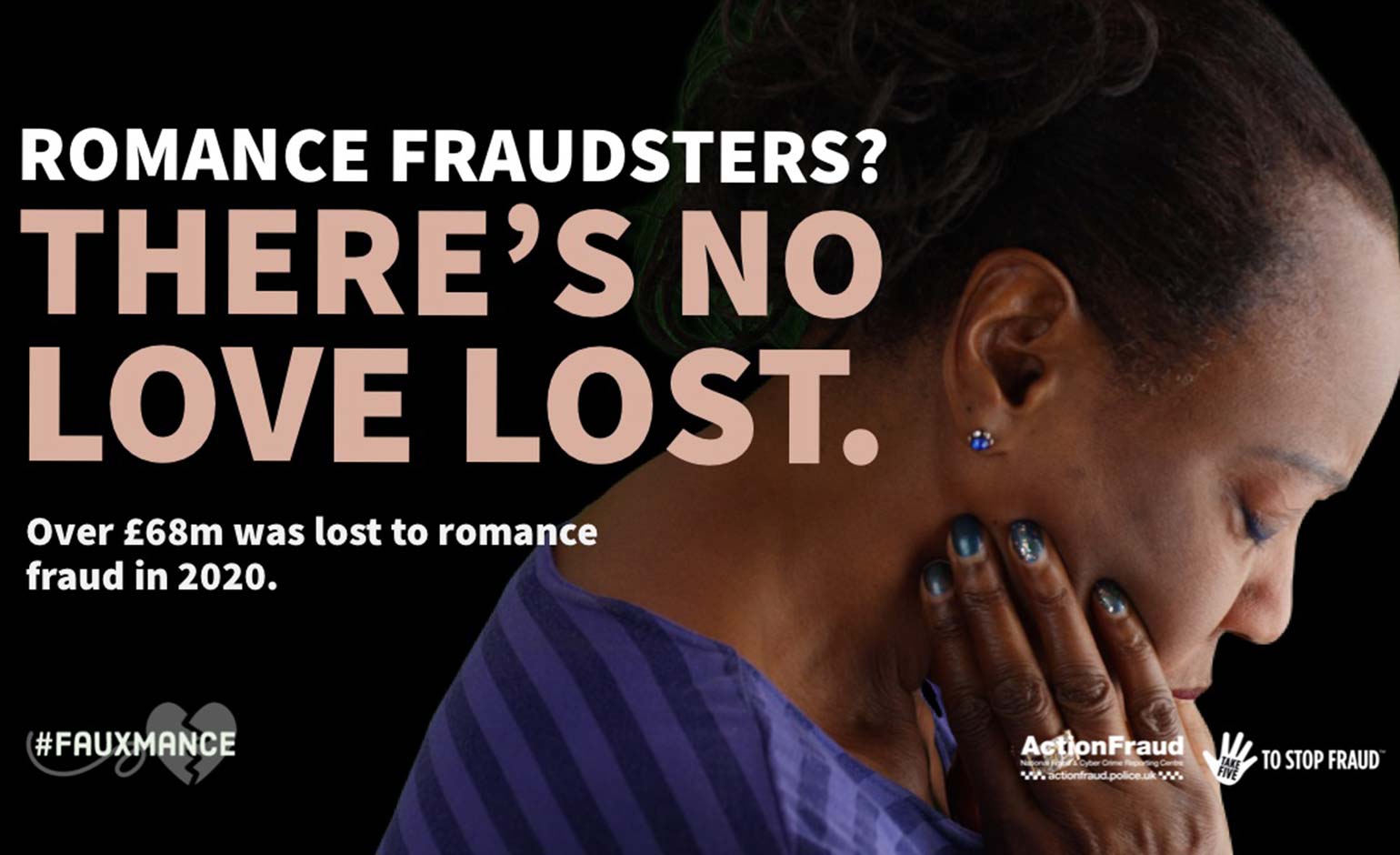 Fraudsters are capitalising on people’s loneliness and increasing use of social media and dating apps as a result of the pandemic.

It is believed the true figure of people being tricked into giving over money to fraudsters is likely to be much higher.

Romance fraud is when offenders feign romantic feelings for someone online in order to gain their affection and then use that goodwill to commit fraud.

Fraudsters effectively groom their victim using various psychological techniques to build trust while, in reality, the offender is not who they say they are and will be talking to a number of other people in the same way.

Once fraudsters have created trust between themselves and the victim, they gradually start to introduce money into the conversation and begin to make requests.

Such requests usually start off small and might be for things such as phone credit.

These requests will escalate and fraudsters will start asking for money for things such as flight tickets, to help a sick relative or to assist with complications at customs.

Most victims do not realise they have been scammed and some do not want to believe that the person they have invested so much time in could have been using them.

PCC Sue Mountstevens said: “Romance fraud is a heart-breaking crime as many victims have invested so much time into someone they think has feelings for them when, in reality, it has all been a wicked lie to commit fraud.

“I know victims often feel ashamed when they realise they have been scammed but please know support and help is available from both the police and Action Fraud. No one will judge you.

“The pandemic has created a wave of loneliness and more people are using the internet or apps to meet people. Fraudsters are aware of this increased trend and know how to exploit vulnerabilities.

“Now more than ever, we must remain vigilant when using social media apps, dating apps or being online in general.

“I urge everyone to know how to spot the signs of online fraud and romantic fraud to ensure you or a loved one does not become a victim of this deceitful crime.”

Fraud Protect Officer Amy Horrobin added: “We’d urge anyone who has been a victim of romance fraud to report it to Action Fraud. Reporting such scams helps to build up vital intelligence and could potentially prevent anyone else falling victim and handing over money.

“We believe some people are reluctant to come forward as they feel embarrassed and sometimes hide their losses from friends or family. However, they should feel no shame because these criminals are predatory and groom their victims.

“These fraudsters are calculated and pull at the heart-strings of people they believe are kind-hearted and are likely to want to help someone who they believe is in need.

“Often romance fraud cases tend to involve people who are asked to provide money on an urgent basis – such as for medical bills or another emotional reasons.

“Such requests should be treated with caution and, if the person many the request is genuine, they will understand you being circumspect and careful. If in doubt, we’d recommend contacting Action Fraud or the police for advice.

“Alternatively, try speaking with a friend or family member who can provide another perspective.”

The PCC is urging people to be cautious, advising people that no relationship, especially with someone you have never met in person, should require you to send money. Requests for money for any reason should be a red flag.

Avon and Somerset Police has put together the following advice to help protect local people from financial fraud: