A temporary 18-tonne weight restriction is being placed on Cleveland Bridge in Bath ahead of essential maintenance works. 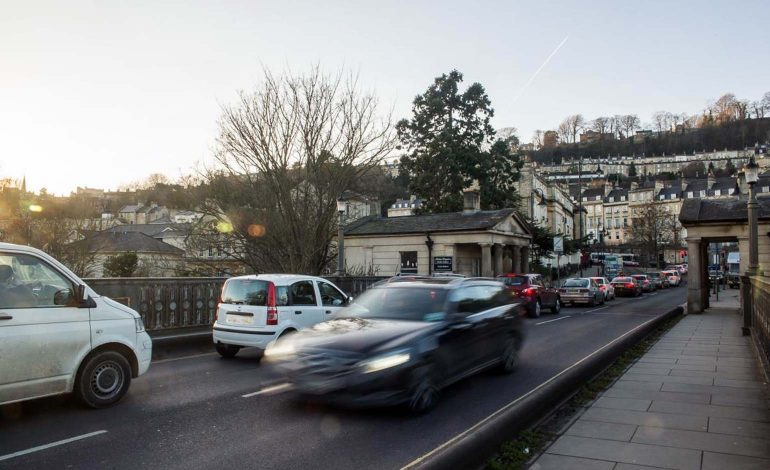 The weight restriction will come into effect from January as a precautionary measure and it is hoped work on the bridge could start later in the year depending on a successful funding bid.

Surveys show some structural parts of the bridge have come to the end of their life and are in need of repair or replacement.

The bridge was originally constructed in 1826 for horse-drawn vehicles and pedestrians, but now carries 17,000 vehicles a day including more than 600 HGVs.

Councillor Neil Butters, joint cabinet member for Transport said: “Cleveland Bridge is a historically and strategically significant structure, not only as a Grade II listed structure but forming as it does one of the busiest river crossings in the area.

“Implementing the weight restriction is a precautionary measure until we find out about the funding.

“The repairs to Cleveland Bridge will require one of the most significant road maintenance projects the council has undertaken for many years and because of this we are seeking the help of the Highways Maintenance Challenge Fund.”

The temporary weight restriction will see vehicles weighing more than 18 tonnes diverted on alternative routes, which the council’s traffic management team is developing.

The team is working with neighbouring authorities and Highways England.

It is estimated that more than a third of all HGVs currently using the bridge, which links the A4/London Road in Bath with the A36 via Bathwick Street, are travelling through Bath rather than having made a delivery or begun their journey in the city.

Councillor Butters added: “We are already working with stakeholders including businesses and other partners to plan how best to manage the disruption that we know is inevitable when we undertake these essential improvements.

“We apologise for the inconvenience that will be caused by the weight restriction coming into force, but hope that drivers of heavy vehicles will understand that we have to implement this measure to allow the bridge to be used as a main route in future.”

Further information on the alternative route diversions will be published as soon as they become available, and the council will be in contact with the main operators of vehicles over 18 tonnes, together with businesses whose deliveries will be affected, ahead of the restriction coming into force in January.