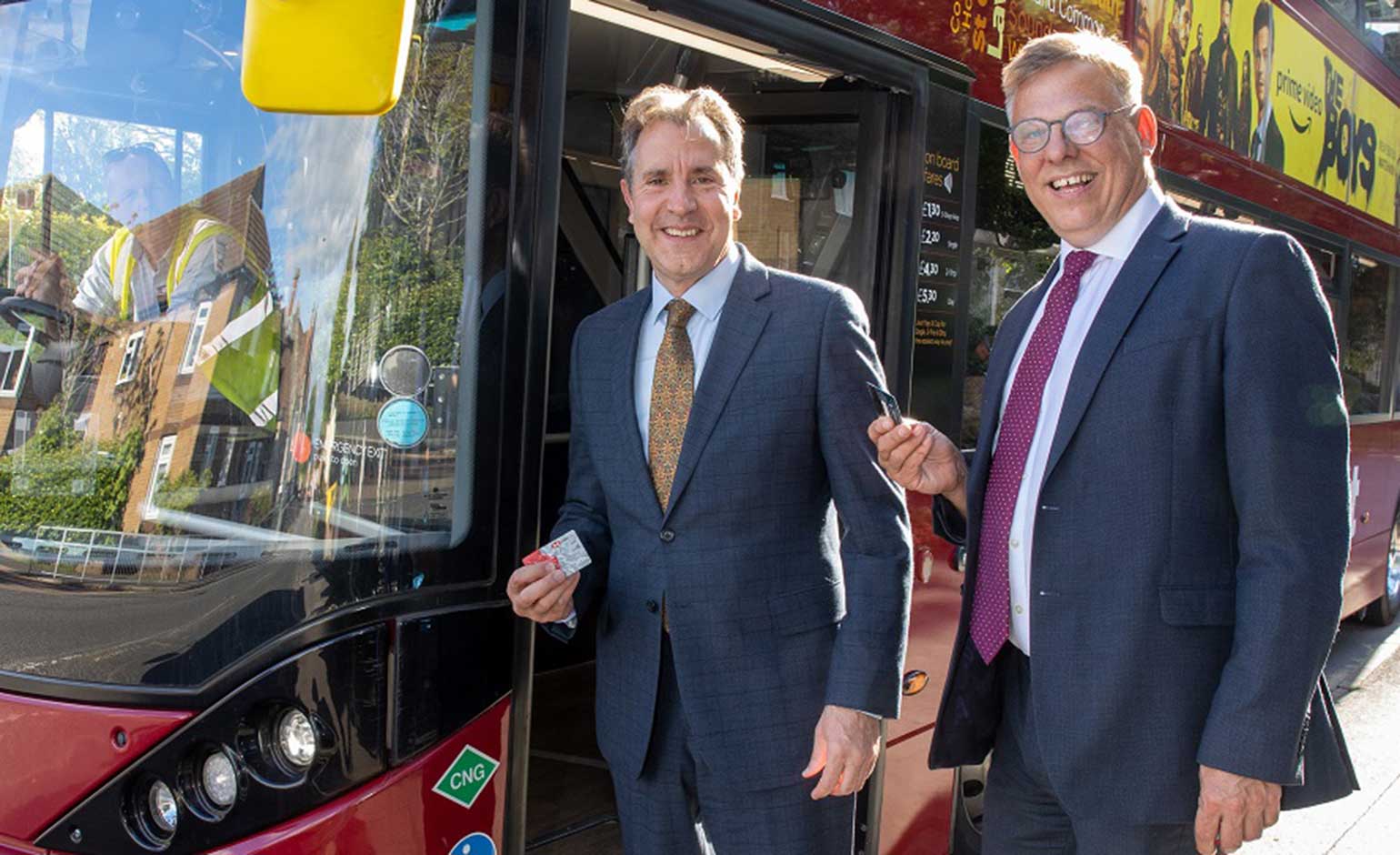 The new “Tap On, Tap Off” (TOTO) system is a simple way for people to pay for their bus travel using their contactless card or device without having to buy a ticket on the bus.

Using TOTO, passengers simply tap their card or device against the reader when they get on the bus and again just before they get off.

First then work out the correct fare for each journey and ensure that customers don’t pay more than the relevant Day ticket fare each day they travel, no matter how many journeys they make.

As customers travel more over the week, the system also ensures that each extra day costs less.

TOTO, which will be officially launched across all First West of England’s services on Sunday 17th July, thanks to funding from the West of England Combined Authority, will make bus travel simpler, especially for new customers, with no need to know which zone you are in or which ticket to buy.

The system also gives customers visibility of what they’ve been charged for all their journeys through a simple online portal.

Doug Claringbold, Managing Director at First West of England, said: “We’re making it easier to use the bus with the introduction of Tap On, Tap Off.

“Simplicity is a key part of our plan to welcome back existing customers and encourage people who may not currently use buses to give them a try, especially at a time when alternatives to the car are not only the environmentally friendly option, but the most cost-effective too.

“With Tap On, Tap Off, customers will have the peace of mind of knowing their costs will be capped, and in boarding more quickly through not having to buy a ticket, everyone who uses the new system will be contributing to faster journeys.”

“More journeys by bus across the West of England will help us reach our ambitious net-zero-by-2030 target and deal with congestion and pollution.

“’Tap On, Tap Off’ makes it easier for passengers, and by simplifying and streamlining the payment process, it speeds everything up. If it’s good enough for the capital, then it’s the very least that we should expect here in our region.”

How does Tap On Tap Off work?

Tap On Tap Off works with any valid credit or debit card, including pre-paid debit cards. It can also be used if you have Google or Apple Pay on your mobile phone or smart device – but remember to use the same device every time or you may get charged extra.

All you have to do is tap on when you start your journey and tap off when you leave the bus. The First Bus system will then automatically calculate the correct adult fare for you.

What are the benefits of the scheme?

Tap On, Tap Off simplifies using the bus for customers who would otherwise need to work out which ticket they need.

It also removes the risk of wasting a ticket when plans change, as it will only ever charge customers for the travel they actually make. This could benefit someone who buys a Day ticket expecting to use several buses but then only makes a return journey, or a worker who buys a Week ticket upfront but then doesn’t have to go into work as often as they expected.

Not having to buy a ticket from the driver also speeds up the boarding process, benefitting all passengers.

Tap On, Tap Off has been launched by First Bus in partnership with the West of England Combined Authority using Government funding.