The RSPCA is urging local anglers to safely dispose of netting, lines and hooks after a swan was found with a large fishing hook and lure embedded in her leg in Bath. 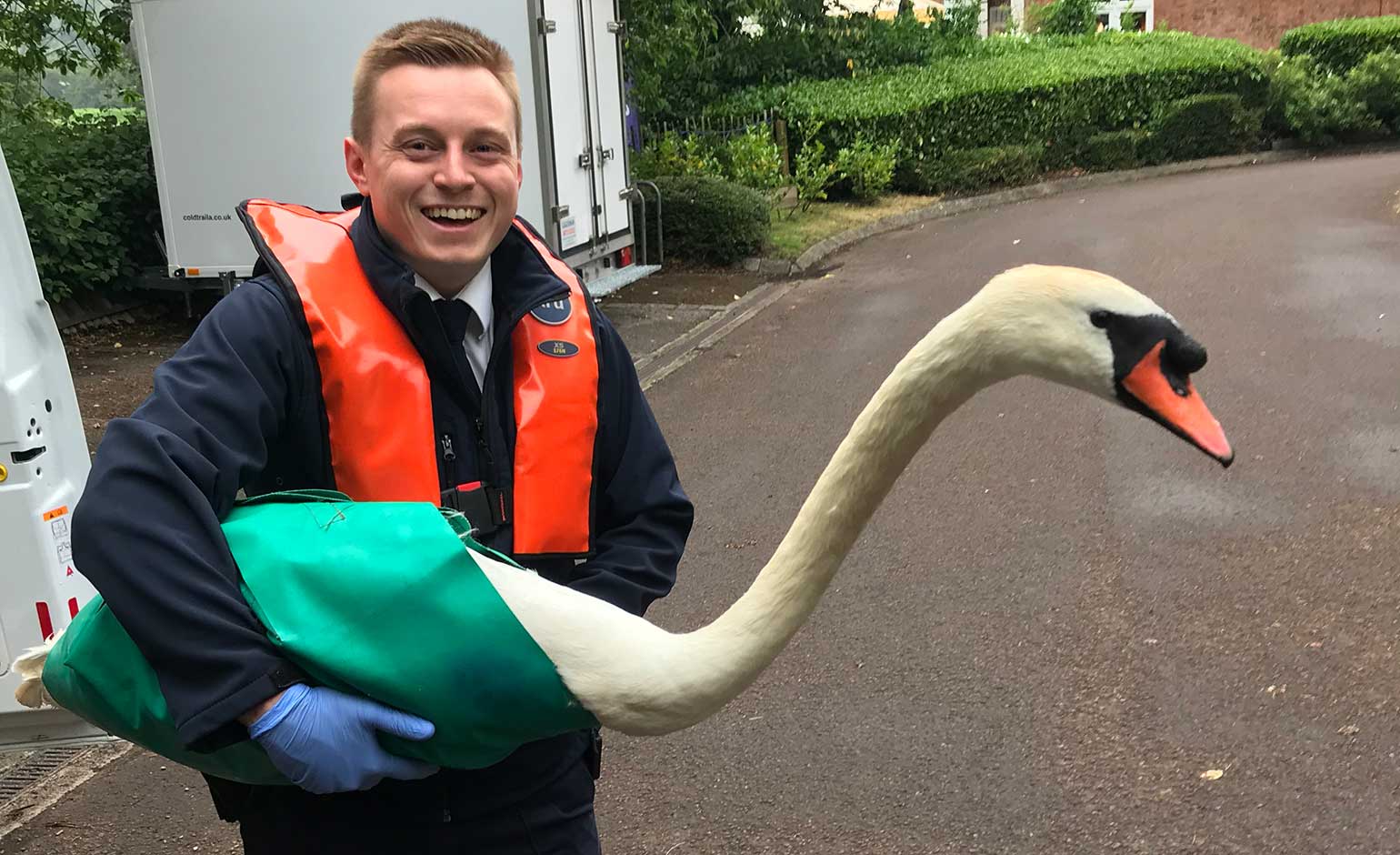 The animal welfare charity was called to help after a member of the public spotted the distressed swan near the River Avon in the Newbridge Road area of the city on Sunday 25th July.

The swan had a fishing hook through her leg with fishing lure and line attached, which meant it was unable to move freely and could have become entangled on objects.

RSPCA Animal Rescue Officer Dean Wilkins was able to entice the swan towards him with food before safely capturing her.

The swan was taken to a vet where she was sedated and the large hook and lure was removed. 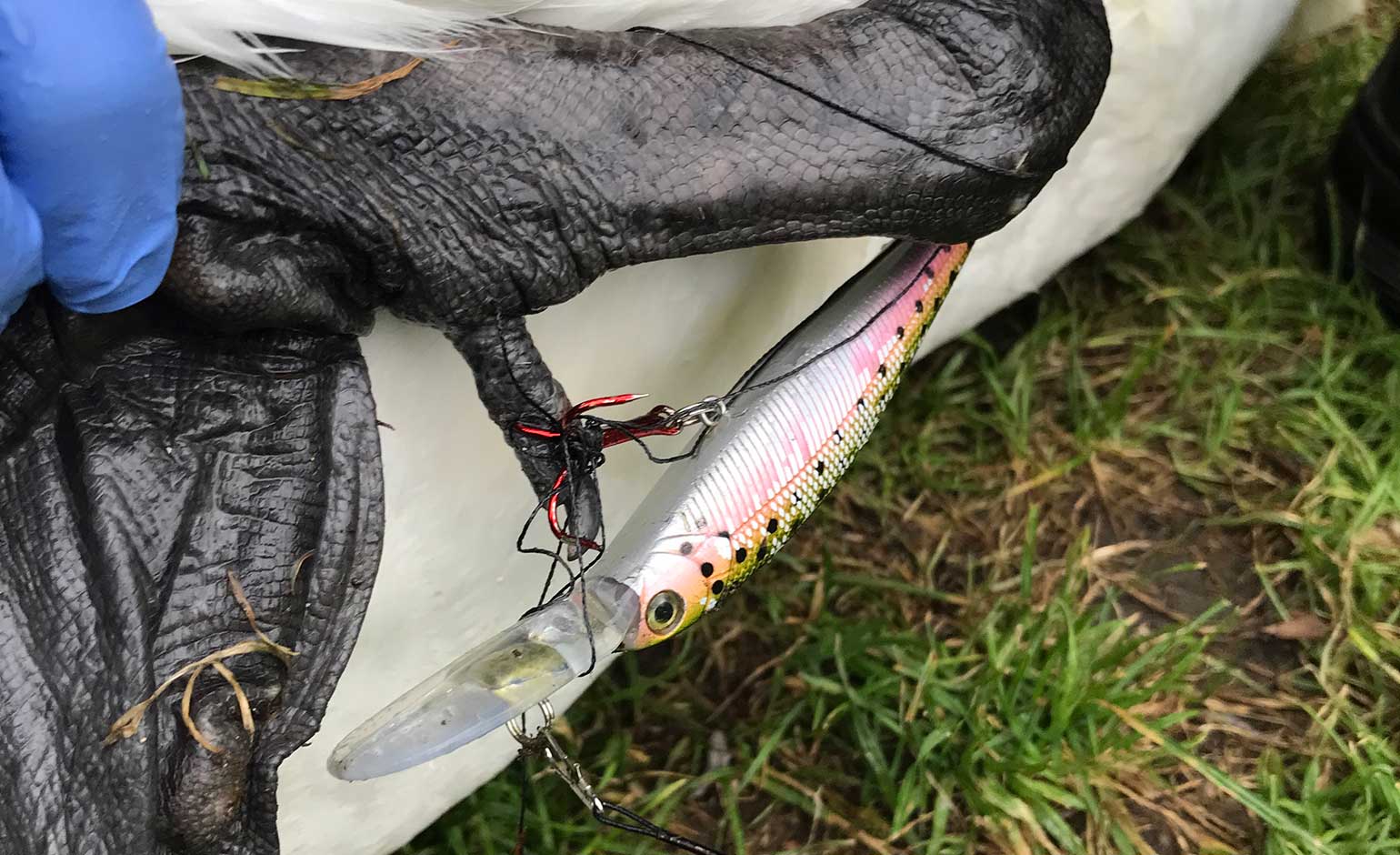 She was then released back into the river in the same location where she was rescued, where she was able to rejoin her mate and cygnets.

Dean said: “Fishing litter in our waterways, such as discarded lines and hooks, can easily snag water birds and other wildlife, causing terrible injuries and suffering.

“We strongly urge those who enjoy fishing to be extra cautious to make sure nothing is left behind. Most anglers are very responsible when disposing of their litter, but it only takes one careless person to endanger the life of an animal.

“If members of the public see discarded litter we would encourage them to pick it up safely and put it in the bin, remembering to wash their hands afterwards. This could save an animal’s life.”

Nearly 40 per cent (1,510) of all litter-related calls to the RSPCA last year were about animals that had specifically become caught in fishing litter, from a seal being strangled by old fishing net to dozens of swans who swallowed or were pierced by old fishing hooks or became entangled in fishing line.

The charity is asking that all those who enjoy fishing follow the Angling Trust Take 5 campaign and make use of the recycling scheme to dispose of their waste tackle.