A rare stone sarcophagus dating from Roman times and containing two burials has been discovered by archaeologists working at Sydney Gardens in Bath. 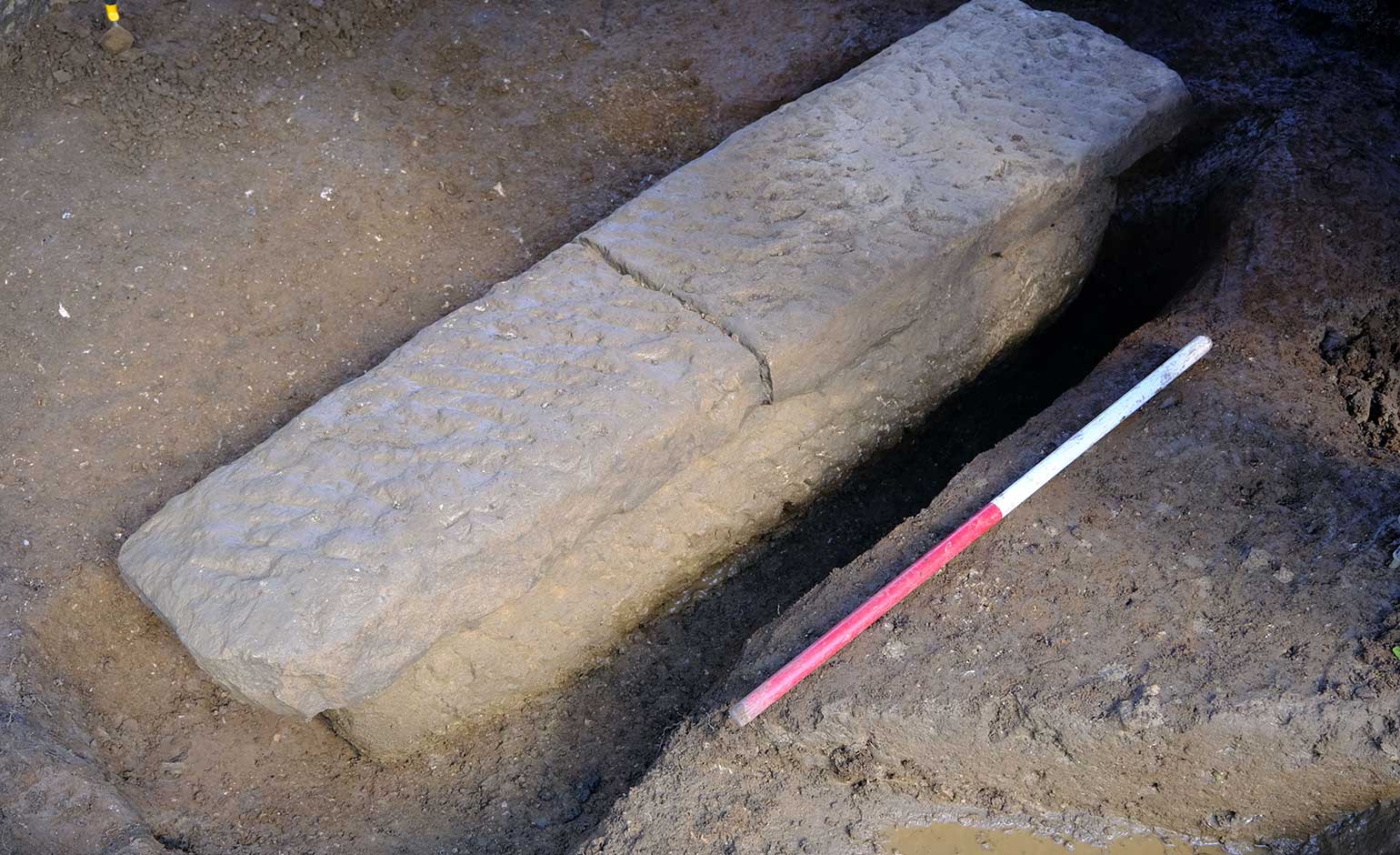 The find is said to be a glimpse into local burial practices from two thousand years ago.

It was found within a grave approximately two metres long, 60cm wide and 50cm deep and its north-facing aspect suggests it to be a pagan burial.

A possible votive offering of a small pot containing food remains was found near the grave, along with a number of other finds including small red and blue glass beads.

The work, made possible by the National Lottery Heritage Fund, led to the discovery of a Roman wall. 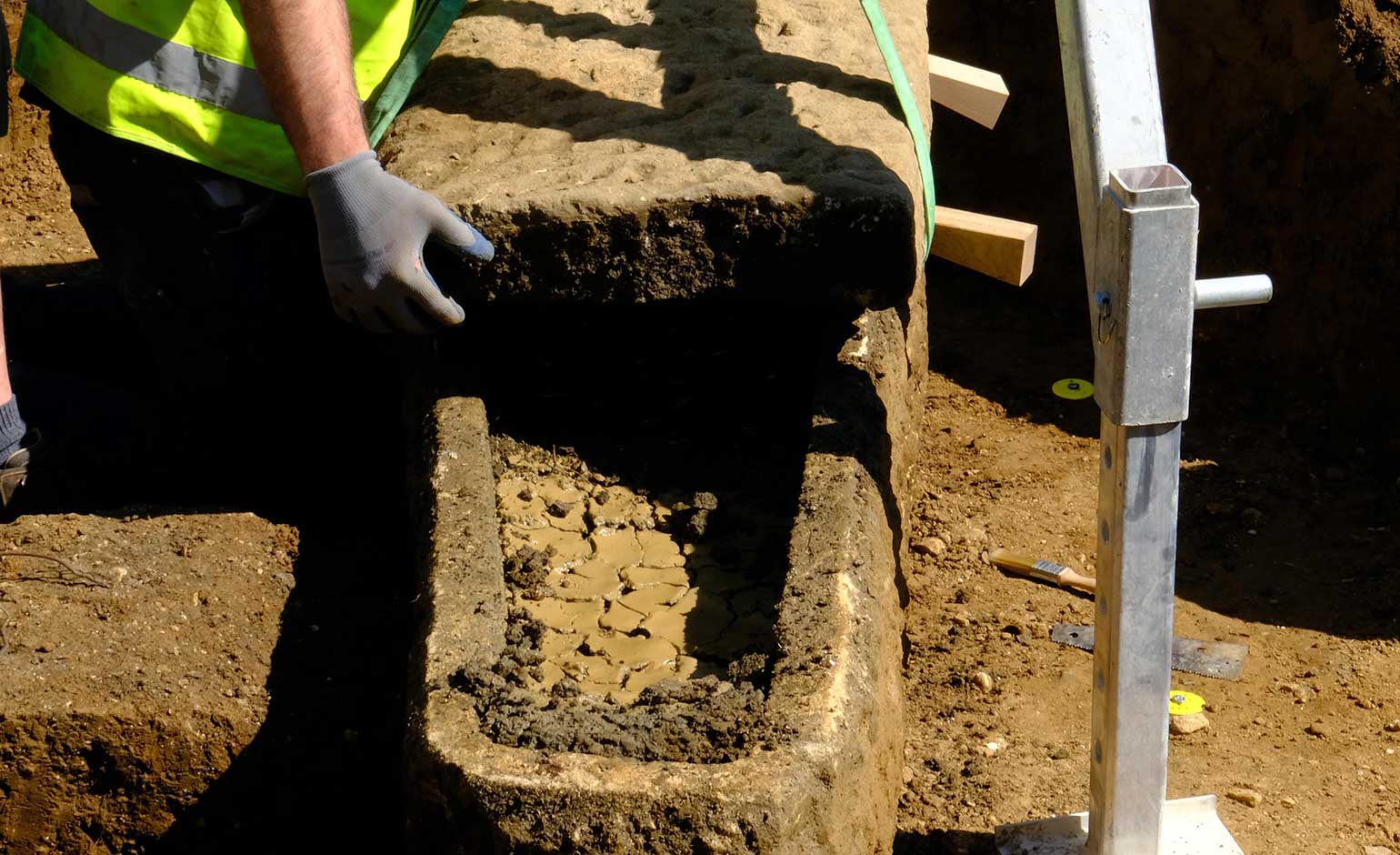 The Sarcophagus being lifted | Photo courtesy of B&NES Council

Archaeologists L-P Archaeology who had been watching the groundworks began to excavate the area around the wall which lay on the edge of the Bathwick Roman cemetery. It was then that the stone sarcophagus was revealed.

Kelly Madigan, Partner at L-P Archaeology, said: “This is a real career highlight, it isn’t often that you come across an in-situ stone coffin complete with occupants; especially on a watching brief!

“The excavation by our team of specialists was a huge success and needless to say, undertaken to internationally high standards of archaeological excavation and recording.

“I’m beyond excited to find out the results of the assessment which is currently ongoing in our labs and hope that it in turn lends itself to an interesting analysis phase where we can delve deeper into just who the people we found in the coffin were, where they were from and their health and welfare.

“Having a human skeleton directly associated with a coffin is a rarity and to have this one associated with a probable votive offering and nearby human cremation, allows a very rare glimpse into funerary practices in the region almost two millennia ago.” 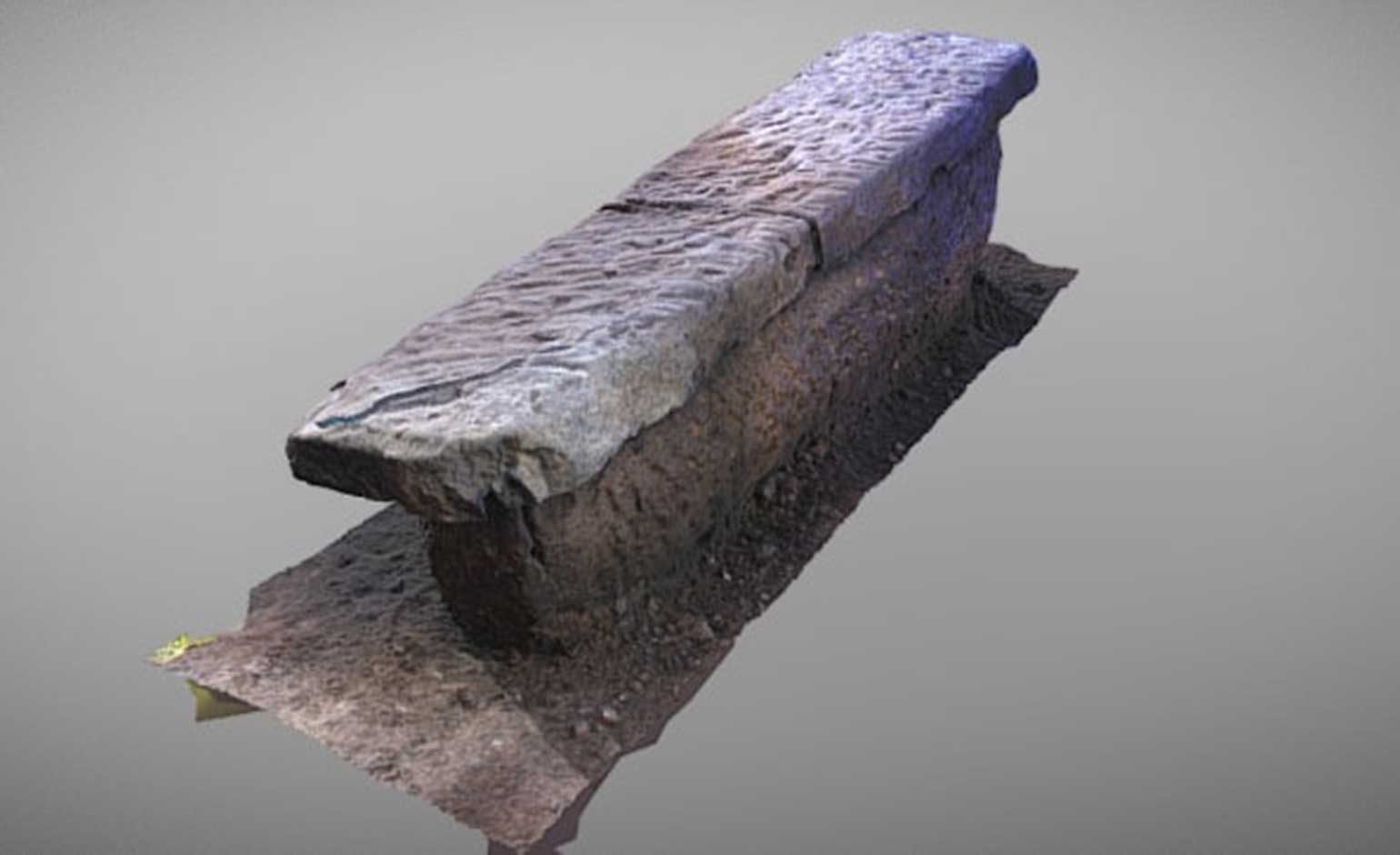 The council is considering an option to display the empty stone sarcophagus in the Temple of Minerva in the Botanical Gardens, where new information panels about the Pleasure Gardens are due to be located.

The Sydney Gardens Project is also hoping to include interpretation about the Roman archaeology of the gardens as part of the completed project.

Councillor Richard Samuel, Deputy Leader and cabinet member for Economic Development & Resources, said: “This is a remarkable and exciting find. We have such a rich, varied and important archaeological heritage in Bath and North East Somerset and it’s important that this is properly preserved.

“We are working with our partners to ensure that the sarcophagus and the fascinating items found near it will be displayed locally for future generations to learn from and enjoy.”

Dr Simon Thurley CBE, Chair of The National Lottery Heritage Fund, said: “We are incredibly excited by the news of the unearthing of a Roman stone sarcophagus at Sydney Gardens in Bath.

“It makes us very proud to know that our funding has led to such a significant discovery. One of the UK’s only surviving Georgian Pleasure Gardens, and local park of iconic novelist Jane Austen, the restoration of Sydney Gardens is supported by The National Lottery Heritage Fund to benefit people of all ages and abilities.”

Steve Membery, Senior Historic Environment Officer for South West Heritage Trust and advisors to the council, added: “The discovery of the sarcophagus in Sydney Gardens shows why Bath deserves its international reputation for Roman archaeology and its designation as a World Heritage Site.

“The find offers a fantastic opportunity to use cutting edge scientific analysis to learn more about the lives of the individuals within the coffin, including where they originally came from and if they are related.”

Sylvia Warman, Science Advisor for Historic England has been providing advice about this rare find.

Sylvia said: ‘‘This is an amazing find – although several Roman stone coffins have been found around Bath in the past, none have been excavated and recorded by professional archaeologists using modern methods until today.

“This is a first for Bathwick and a really significant find for Roman Bath and the World Heritage Site. When completed, a scientific study of the remains will likely tell us much more about the lives, death and burial practices of the inhabitants of Roman Bath.”

The project team obtained a licence from the Ministry of Justice in order to handle and manage the human remains. Under the conditions of the licence, the remains will be reinterred within a legally certified burial ground by 2026.

In the meantime, while further analysis is undertaken, the remains will be kept safely, privately and decently.

The Sydney Gardens Project will restore historic buildings, invest in landscape and garden restoration works, and create new play areas for all ages, over a three year programme.

It is funded by the National Lottery Heritage Fund and Bath & North East Somerset Council and is due for completion in March 2022.