The Roman Baths & Pump Room has triumphed at the South West Tourism Excellence Awards, winning three awards at the event, held at the Aerospace Bristol museum. 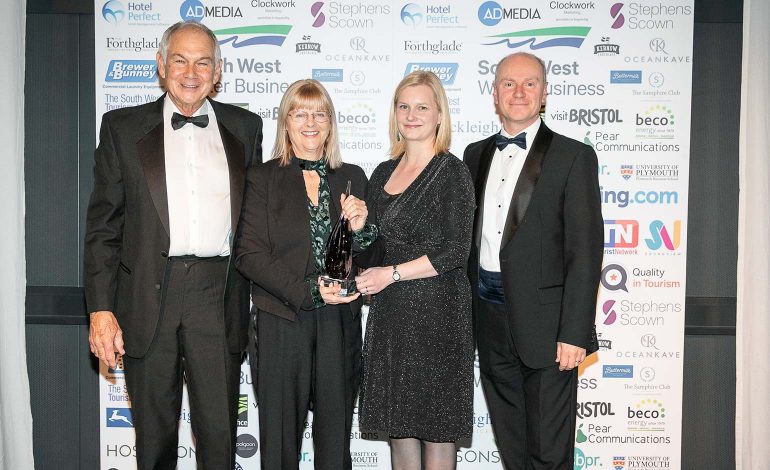 The Roman Baths & Pump Room was awarded Gold for Large Attraction of the Year, Gold for International Visitor Experience, and Silver for Bath’s Historic Venues in the Business Tourism and Venue category.

The awards were announced on Thursday 7th February 2019.

Roman Baths & Pump Room Manager Stephen Clews said: “The Roman Baths welcomes more than a million visitors every year, making it one of the UK’s most popular attractions, which in turn benefits the wider economy of the area.

“We’re really pleased with these three awards, which recognise the hard work put in year-round to ensure that all of our visitors enjoy a world-class experience.”

Judging is carried out by an independent panel of past winners, industry leaders and experts. The judges consider written application forms, websites and social media, and some finalists also receive a ‘mystery shopping’ visit.

Approximately 40% of visitors to the Roman Baths come from overseas. Audioguides are available free of charge in 12 different languages, plus a British Sign Language tour, and printed information leaflets are also provided in more than 30 world languages.

Bath’s Historic Venues, part of the Council’s Heritage Services department, works closely with contracted caterer Searcys to deliver events for a wide range of customers, with a strong focus on local sourcing and sustainability.

Work will begin this year on the Archway Project, which will create a brand-new Clore Learning Centre for the Roman Baths and a World Heritage Centre, as well as opening up new areas of the Roman Baths to visitors, including a laconicum and Roman exercise courtyard.