A special ceremony has been held to mark the 100th anniversary of the ‘Peace Oak’ in Bath’s Sydney Gardens, planted in 1919 as part of celebrations to mark the end of the First World War. 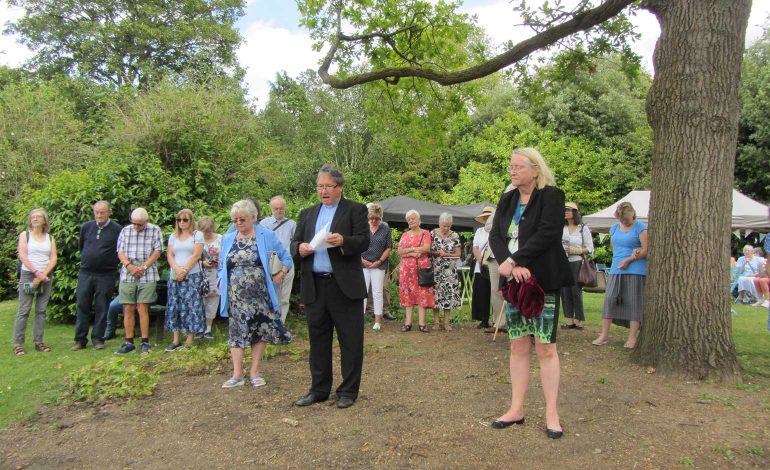 Councillor Manda Rigby, the Deputy Mayor of Bath officially unveiled a new stone plaque beneath the tree on Saturday 6th July to commemorate the anniversary.

The ‘Peace Oak’ on the West Lawn was planted in 1919 by the then Mayor, Councillor Alfred Wills, as part of Bath’s Peace Day celebrations to mark the end of the First World War.

Mayor Wills’ granddaughter Jane Tollyfield from Combe Down was among the guests at the centenary dedication.

Ms Tollyfield said: “I’m sure my grandfather would be delighted that this anniversary has been recognised and marked in this way.

“It’s so important that we remember the sacrifice made by so many in the war and that we give thanks for the peace that we enjoy today.”

Councillor Manda Rigby, added: “I was delighted to take part in this very special commemoration. Sydney Gardens was a focal point for the celebrations which took place at the end of the war and I can only imagine the relief and joy felt by the thousands who attended after years of appalling loss and hardship.

“A century on it was lovely to see so many residents enjoy the special anniversary event. I hope that 100 years from now people will again be standing here celebrating a century of peace, and on a planet capable of sustaining trees like the Peace Oak.” 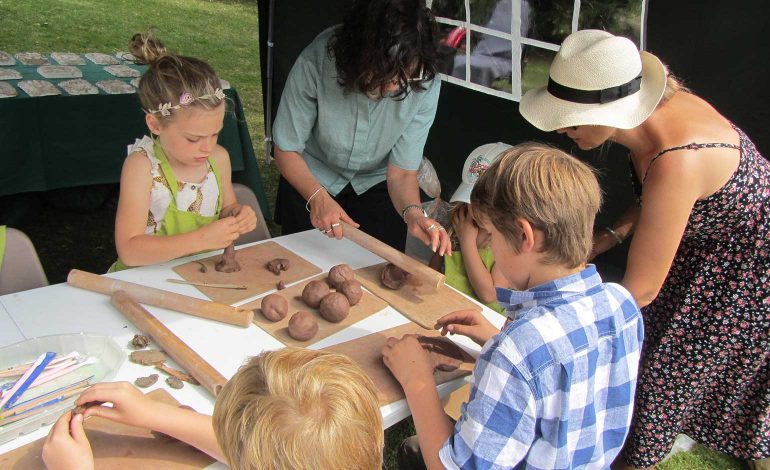 Following the unveiling of the plaque, Bath Classical Musicians performed in the park, playing the same pieces that were played during the Peace Day celebrations 100 years ago.

Those attending the centenary celebrations were given a free commemorative booklet about the history of the Peace Oak and the Peace Day Celebrations, and also had the opportunity to take part in clay and Origami Peace Crane making workshops.

Councillor Paul Crossley, cabinet member for Community Services, said: “The oak tree serves as a permanent reminder of the role Sydney Gardens played in celebrating the end of the First World War.

“Today it’s really hard to imagine just how people must have felt when the dark days of the war came to an end, but the Peace Oak is an enduring reminder of their strength and optimism for the future.”