A baby gull has been rescued and left in the hands of the RSPCA this afternoon, after being caught up in netting on the roof of a building in the centre of Bath. 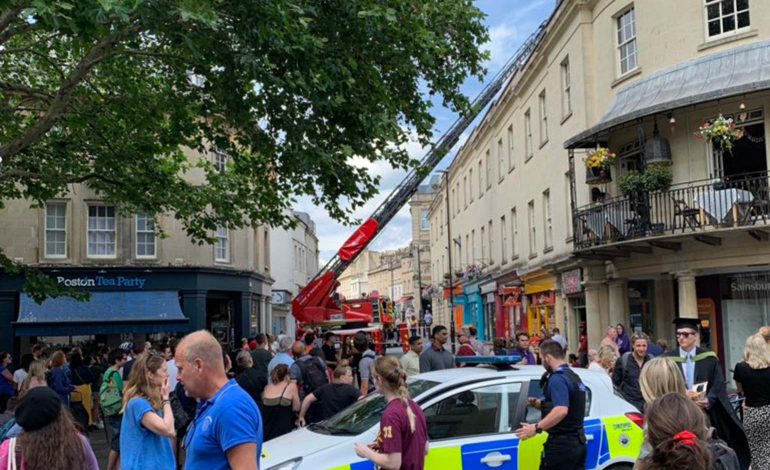 The scene on Monmouth Street | Photo courtesy of @antinbath on Twitter

Avon Fire & Rescue was called at 12.53pm this afternoon to reports of the trapped bird, and sent a crew and the turntable ladder from Bath Fire Station to the scene on Monmouth Street. 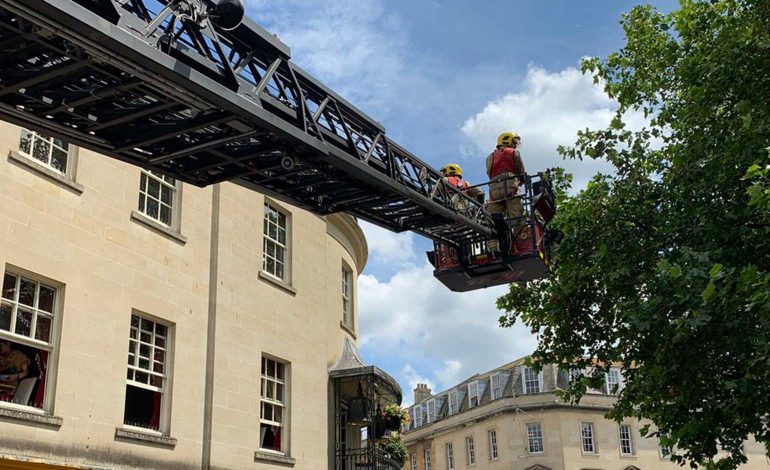 Firefighters used small gear to rescue the baby gull, and it was then left in the hands of the RSPCA.

The road was temporarily closed by police during the rescue.