A group of elderly residents in Peasedown St John have called on Bath & North East Somerset Council to take action over the poor condition of the pavements in their housing estate. 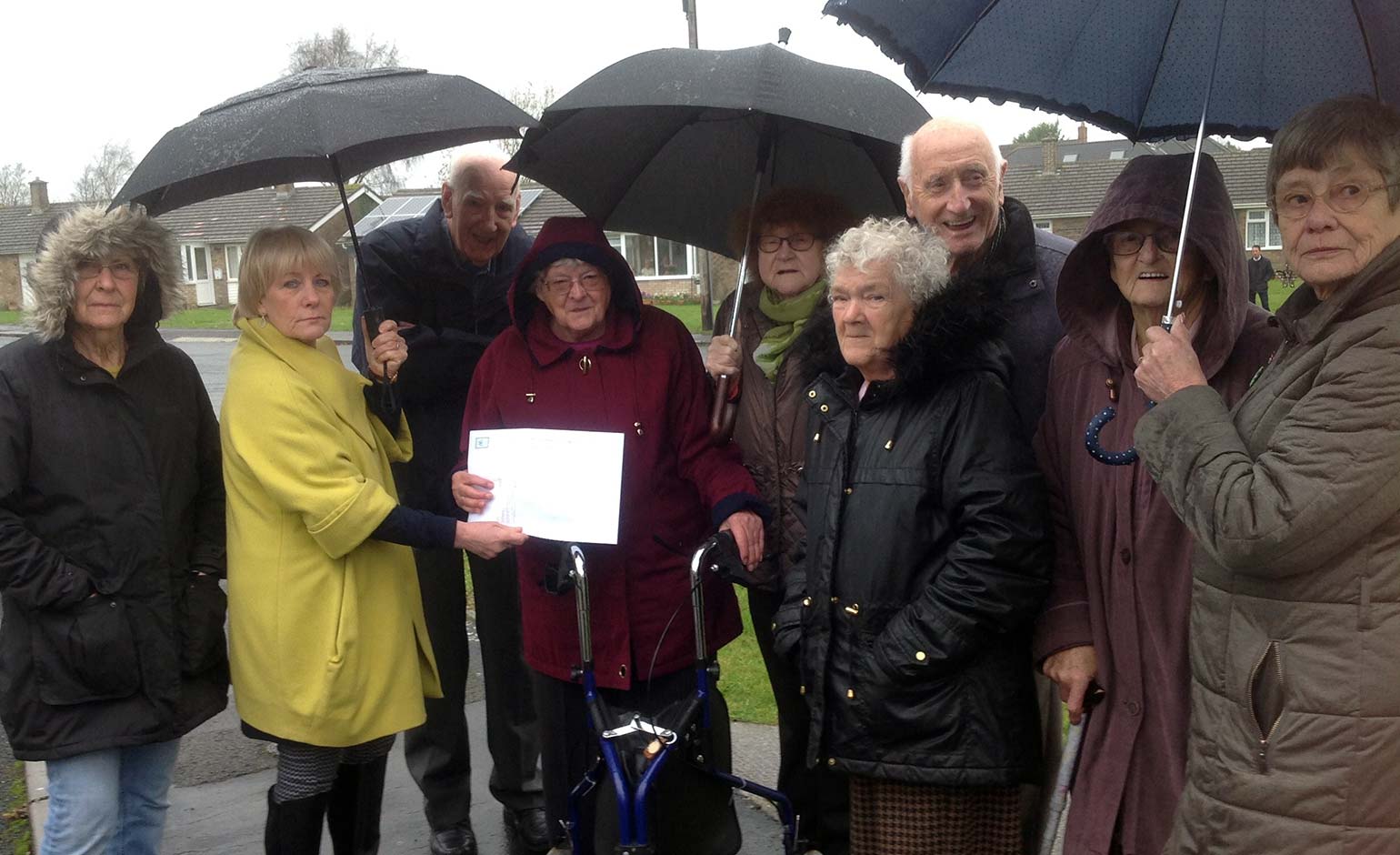 Eckweek Gardens, home to a large number of residents over the age of 70, has been labelled as one of the worst streets in the village for broken pavements, cracks and loose kerbs.

For several years, local councillors Karen Walker and Sarah Bevan (Independent) have been pushing the council for all pavements to be resurfaced with new topping.

Some areas have seen remedial patchwork, but the councillors say the local authority has been reluctant to allocate the necessary funding.

Cllr Karen Walker said: “Thanks to all the residents of Eckweek Gardens who have signed this petition. Many of the signatories are elderly and have lived in our village for over 70 years!

“Their support gives Cllr Bevan and me more leverage to persuade the Highways Department to spend the money needed to give all of the pavements in Eckweek Gardens a complete resurfacing.”

Cllr Sarah Bevan added: “The existing patch work is sub-standard, despite repeated reports over several years from Cllr Walker and me in response to residents’ falls and some even breaking bones.

“The pooling of rain water on the uneven road surfaces also causes additional hazards, particularly in freezing winter temperatures, when black ice forms. Both pedestrians and drivers are put at risk here in these conditions.”

Karen and Sarah will be handing the petition to B&NES Council’s Highway’s Department, asking for the funding to be made available to address the worries and concerns of residents in Eckweek Gardens.