Parents have slammed plans to close a toddlers’ play area on a Bath estate instead of one nearby that is urinated on and overrun with teenagers. 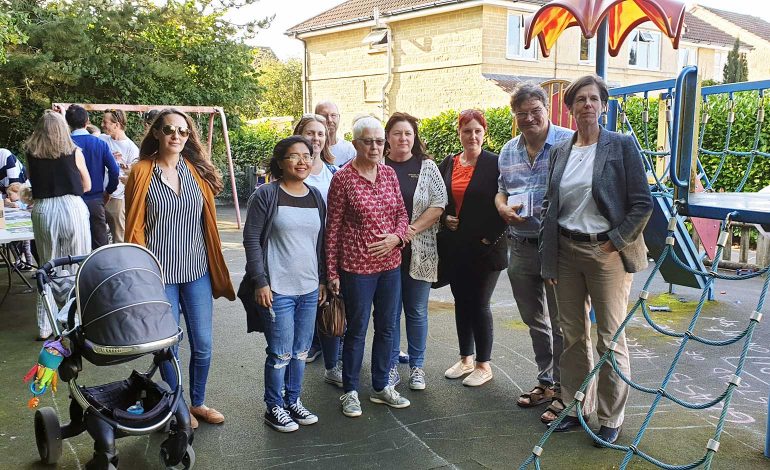 The Burnt House Road facility is one of 10 across Bath and North East Somerset where equipment will soon need to be replaced.

Bath and North East Somerset Council plans to cut the cost by replacing them with wildflower meadows, allotments or community gardens but residents have urged the authority to think again.

Parents have disputed figures suggesting the Ridge Green Close play area has twice as many users as Burnt House Road, claiming many of them will be teens out after dark.

Speaking at Tuesday’s feedback session, grandfather-of-two Stephen Chesworth said: “Ridge Green smells of wee. I can smell it 50 yards away.

“It hasn’t even got swings. This one is used by families. This is good for kids. That one isn’t. It’s often used by teenagers late at night. This is well used and well valued.”

He said if the play equipment in Burnt House Road is removed and the site is grassed over, it could one day become a road if the adjacent field is developed.

Bath and North East Somerset Council authority spends up to £400,000 a year replacing play equipment but says it is “not practical” to provide new kit at 10 sites where there are better facilities nearby.

The play areas in Bath that will be affected are Burnt House Road, Calton Road, Loxton Drive, Parry Close and St Saviours.

The equipment in Chalfield in Keynsham, Hillside Crescent in Midsomer Norton, Kilmersdon Road in Haydon and Manor Copse in Writhlington is also set to be scrapped. 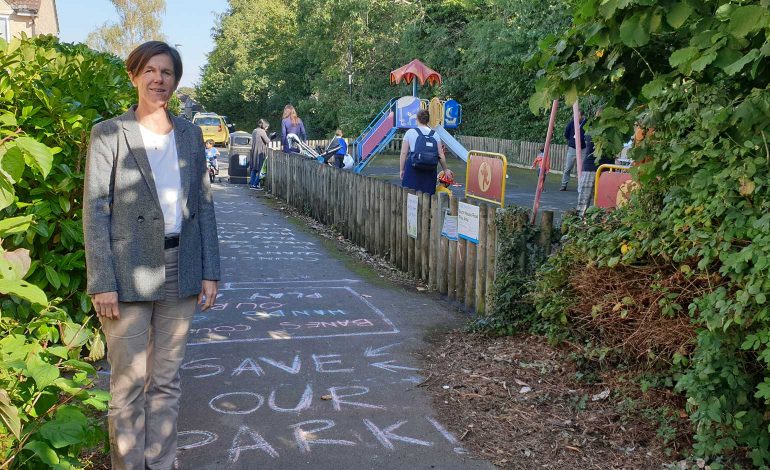 Mum-of-two Becky Seale said there are parking charges at larger sites like Royal Victoria Park, so parents effectively have to pay for their children to play.

“It’s a shame the few free play areas are going to disappear,” she added. “My kids love coming here. I can’t afford to go to Victoria Park every time.

“There’s an issue with antisocial behaviour around here. We don’t want something that will attract teenagers. It’s a shame to take away something for younger children.”

Carrie Morgan, also a mum of two, said: “My kids come here all the time. They’re very upset. They don’t feel as safe at the other park. This play area has a lot more in it than Ridge Green Close.”

“My boys really love it here,” she said. “I have to pull them away to get them home for dinner.”

An officer told the parents at the feedback session: “B&NES Council has 60 play areas across the district. It costs a lot of money to inspect them every week and replace the equipment.

“It’s going to cost £15-20,000 to replace the equipment here but the council needs to save £36million over the next couple of years.

“We want to differentiate the play offer. There’s another play area 350 metres away with a very similar offer. We need something different.

“We’ve looked at where we have duplication and where there are areas of deprivation.

“We’ve identified up to 10 we want to repurpose.”

The officer said a counter only clocked 500 people visiting the Burnt House Road play area over a two-week period in September, compared to nearly 1,200 at Ridge Green Close.

Secondary school teacher and mum Nicola Maguire acknowledged that teenagers need somewhere to go but questioned the council’s data. She suspected that most of the visits to Ridge Green Close would have been after dark.

The officer said the process was not perfect but the council did not have endless resources to monitor numbers.

He said the 20-year-old play area in Burnt House Road is owned by developer Crest Nicholson and leased by the council, which adds to the costs.

“If it’s removed, we would be looking to put it back to grass to transfer back to Crest, and enhance our site at Ridge Green,” the officer added.

A mum said: “All this country does is change things that aren’t broken. These children are making memories for the rest of their lives.

“Why spend money to rip this play area out and put down trees? What is that going to achieve?”

The officer replied that the council’s budget is constrained and there are now only two inspectors for all its play areas, down from three.

Annabel Tall, the Conservatives’ parliamentary candidate for Bath, said: “I couldn’t believe it when I heard about this proposal. Most councils are building play areas, not cutting them.”

She said previous administrations had looked at closing play areas but made cuts elsewhere instead.

Comments can be logged by email (parks@bathnes.gov.uk) or telephone (01225 39 40 41). The council will hold follow-up sessions in October and November.