Ahead of the Olympic Games in Tokyo, Metro Mayor Dan Norris joined some of the hopeful swimmers based at the University of Bath who were selected by Team GB. 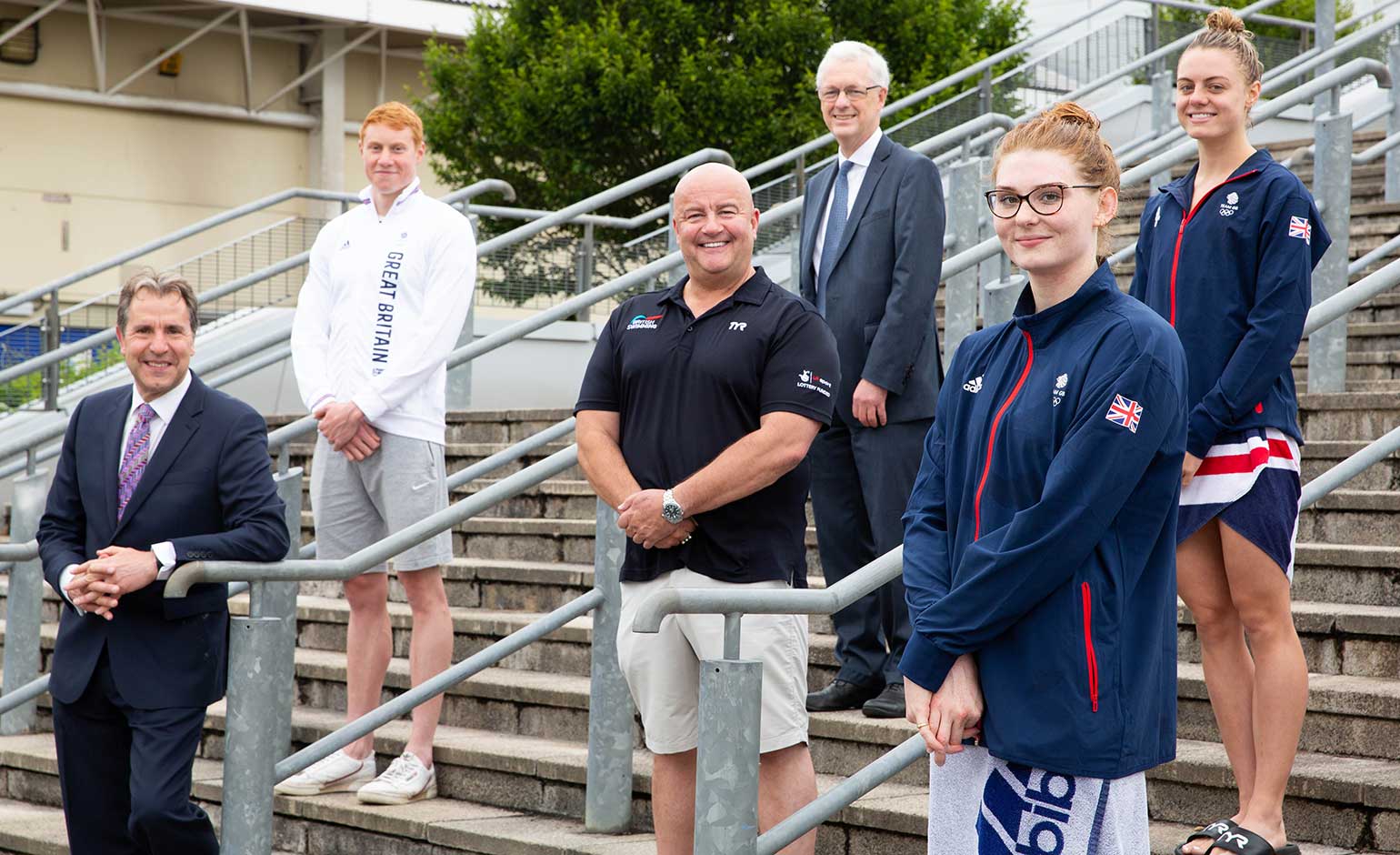 Metro Mayor Dan Norris said: “It’s fantastic to see so many athletes from the West of England reaching the pinnacle of their sport and representing their country at the Olympics.

“The facilities at the University of Bath’s Sports Training Village are world class so it’s no wonder ‘Team Bath’ have such a strong track record, having won medals at every Summer Olympics and Paralympic Games since Sydney 2000 and every Winter Olympics since Salt Lake City in 2002.

“I wish all our Olympians and Team GB the very best of luck.  We’ll be cheering you all on with pride.”

Professor Ian White, Vice-Chancellor of the University of Bath said: “We are delighted to host this talented group of swimmers at the University and to applaud their success.

“Being selected to represent Great Britain is testament to their talent and dedication to their sport. We are immensely proud of them and excited to see what they can achieve at this year’s Olympic Games.”

Stephen Baddeley, University of Bath Director of Sport, added: “As a UK Sport Elite Training Centre, we are privileged to provide the daily training environment for over 250 international level athletes and to have strong partnerships with a wide range of National sporting bodies, not least British Swimming.

“Under approved Government dispensation and strictly following all Covid protocols, we have been providing facility access continually to the elite swimmers since May 2020 and following their outstanding performances at the European Championships, we are excited to see what Tokyo might bring.”