Children’s hospice at home charity Jessie May is urging supporters to donate during a week-long match-funding campaign later this month, when every donation will be instantly doubled. 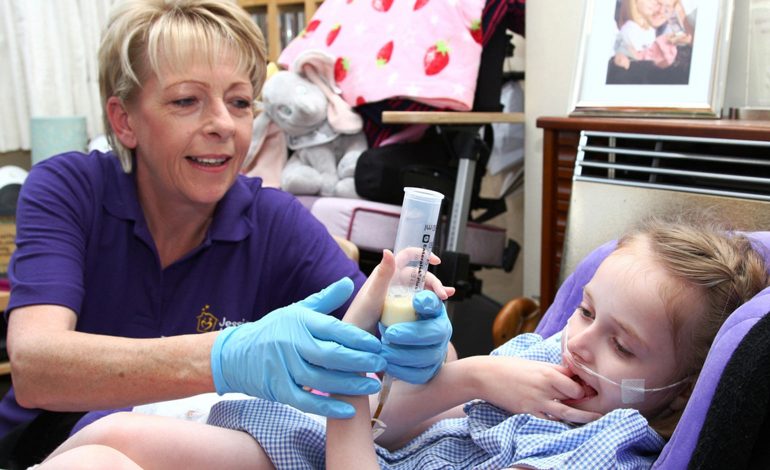 The local charity is taking part in The Big Give Christmas Challenge, a national match-funding campaign which takes place between 27th November and 4th December.

During the campaign week, supporters have the opportunity to have their donation doubled on the thebiggive.org.uk.

Jessie May needs to raise £23,100 during the week, to welcome 11 additional children with life limiting conditions to their services, which include vital respite support to local families, emotional support, end of life care and bereavement support.

The charity’s nurses are currently supporting 139 children with a life limiting condition and a further 49 bereaved families.

Julian Withers, Head of Fundraising and Communications at Jessie May, said: “In the run up to The Big Give, we’ve been busy rallying Pledgers to pledge their donation to our charity.

“They will only pay out if we can raise the same amount during The Big Give week, and we’re thrilled to have successfully raise £5,775 in pledges.

“We’ve also raised a further £5,250 from our ‘Champion Pledger’, Candis magazine, which we are also incredibly grateful for.

“Now we’ve getting ready for the big week itself! The Christmas Challenge kicks off at midday on Tuesday 27th November – Giving Tuesday. From 12pm onwards every penny donated to us through The Big Give will be match-funded, so donations will literally make double the difference.

“We’ve set our overall target as £23,100, and it’s imperative we raise these vital funds and address the unmet need of local families.

“We know there are families caring for a terminally ill child in our operating area who are not receiving our respite and bereavement care, and this campaign offers to give us a significant boost in funding – if our supporters can donate during the 7 days.

“So please save the date and get ready to give little – or big! – for Jessie May later this month. When the clock strikes 12 your donation will literally go twice as far. Head to www.jessiemay.org.uk/the-big-give to click through to our Big Give profile and make your donation – and please help spread the word too!”

Debbie Attewell, Candis Editor added: “We’re very excited to be championing so many worthwhile health charities through The Big Give this year – we wish them all the best of luck in the run up to the Christmas Challenge and look forward to supporting them over the next 12 months.”

Donations must be submitted on the Jessie May profile at theBigGive.org.uk in order to be doubled.

Jessie May offers terminally ill children and their families regular respite and palliative care throughout a child’s illness and bereavement support for up to 5 years after a child’s death.

Since the Big Give launched the campaign in 2008, the Christmas Challenge has raised over £90 million for thousands of charity projects.