A special summer floral display marking the 20th anniversary of The Forever Friends Appeal, the fundraising charity of Bath’s RUH, has been unveiled in Parade Gardens. 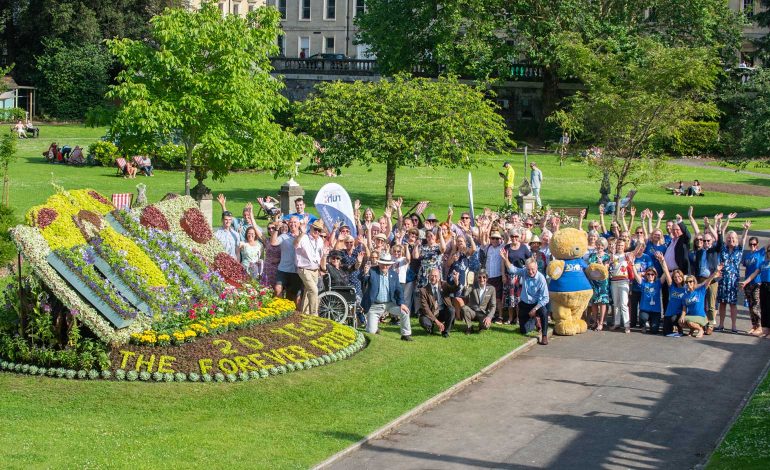 The display, which has been created by the B&NES Parks team, was officially unveiled on Friday 28th June and is now open to the public to enjoy for the summer.

Long-standing supporters, staff members past and present, major donors and representatives from the council and RUH gathered to see the display unveiled, and to celebrate the history and achievements of The Forever Friends Appeal.

The B&NES Parks team, led by Nursery Supervisor Matt Soan have been growing the plants for the display in their nursery for the past three months.

They installed the display over 14 days, using three tonnes of soil and over 5,000 plants.

Matt said: “It’s been a privilege to prepare this display for The Forever Friends Appeal to help them mark their 20th anniversary.

“I hope everyone enjoys seeing it over the summer and that it motivates them to support or learn more about the charity.

“Over the coming weeks, the display will evolve, with the Pyrethrum Golden Moss that the letters are made from, growing taller and the rest of the flowers bedding in around them, enhancing the 3D effect. 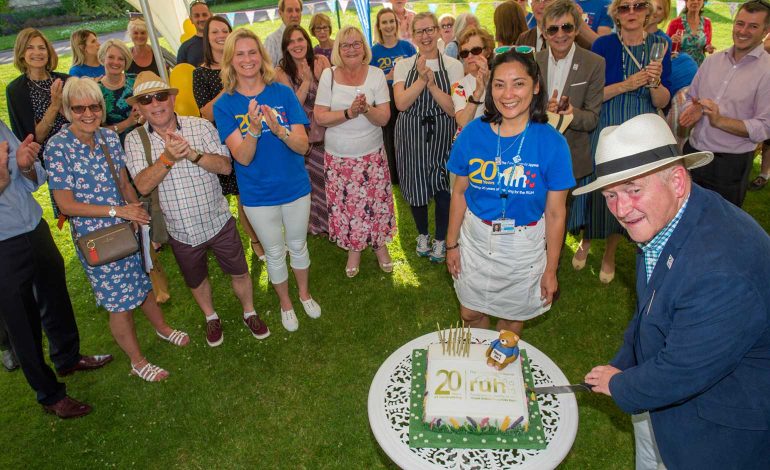 “I’d like to say a big thank you to the rest of the BaNES Parks team and volunteers who have helped build the display, and of course a huge congratulations to The Forever Friends Appeal on their 20th anniversary.”

Councillor Paul Crossley, Cabinet Member for Community Services, B&NES Council added: “We are delighted to be partnering with The Forever Friends Appeal on this display.

“3D displays have been a feature in the Parade Gardens for many years. It’s great for us to be able to support the work of the RUH’s charity as the hospital is such an important part of our all our lives and the community in BaNES.”

James Scott, Chief Executive at the RUH said: “This floral display is a fantastic tribute to our charity.

“We are incredibly proud of the work by The Forever Friends Appeal and what has been achieved during the past 20 years and I hope through the major campaigns and special appeals, we can continue to make a real difference to our patients, their families and staff.

The Forever Friends Appeal was founded on 29th June 1999, with an aim to improve the experience of patients, visitors and staff by fundraising and investing in projects that go above and beyond what NHS funding can provide.

The charity has raised over £25m in the past 20 years, paying for additional medical equipment, new buildings and developments and The Forever Friends team are showing no signs of slowing down.

Their ongoing appeals include raising £2m towards the new RNHRD and Brownsword Therapies Centre, £450,000 to transform Breast Cancer care, services and facilities at the RUH and the RUH Cancer Care Campaign which has now raised over £9.6m towards the new Dyson Cancer Centre – which is due to start under construction in early 2020.

Tim Hobbs, Head of Fundraising said: “We still need support to raise money for the hospital’s most urgent needs, so we’re encouraging everyone to join in and get behind our current special appeals and major campaigns.”