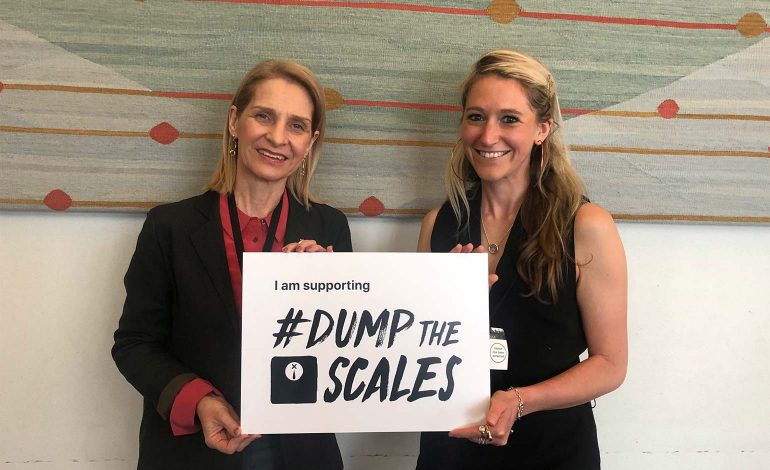 Ms Virgo started the petition after seeking treatment for anorexia, only to be told she wasn’t thin enough for treatment. Left feeling suicidal and alone, she now has 70,000 people supporting her campaign.

It calls for Body Mass Index to be disregarded by clinicians when diagnosing eating disorders, and asks the government for a review of eating disorder guidance.

She will be joined at Downing Street by Wera Hobhouse, Liberal Democrat MP for Bath, Sean Fletcher of Good Morning Britain and Countryfile, as well as Paralympic gold medalist Rachel Morris MBE.

Hope Virgo said: “I can’t quite believe we have got this far with the #DumpTheScales campaign. Each day so many individuals face injustices when it comes to accessing treatment and diagnosis for an eating disorder.

“This is not right on so many levels and we need to work to change this. #DumpTheScales is doing just this!”

“Tackling the injustices of people with eating disorders whilst changing entire public understanding so that everyone knows you don’t have to be stick thin to have an eating disorder.

“Having Wera Hobhouse’s ongoing support is just fantastic. But we need more cross party support and a real commitment to tackle this now.”

Bath MP Wera Hobhouse said: “Working alongside Hope and meeting others who have suffered with eating disorders, I’ve learned just how widespread this family of conditions is.

“I am shocked by the number of people who are affected nationally and in my constituency in Bath. No one should have to suffer alone.

“I admire everyone who has had the courage to share their stories, to help raise awareness and increase understanding.”

“The Liberal Democrats want to improve people’s lives by introducing standard waiting times for adults, and putting a penny on the pound on income tax to put straight in to the NHS.

“The huge number of people who have signed the petition is a testament to the need for urgent change. ”