Big changes are coming to Keynsham High Street after a number of reported trips, falls and collisions. 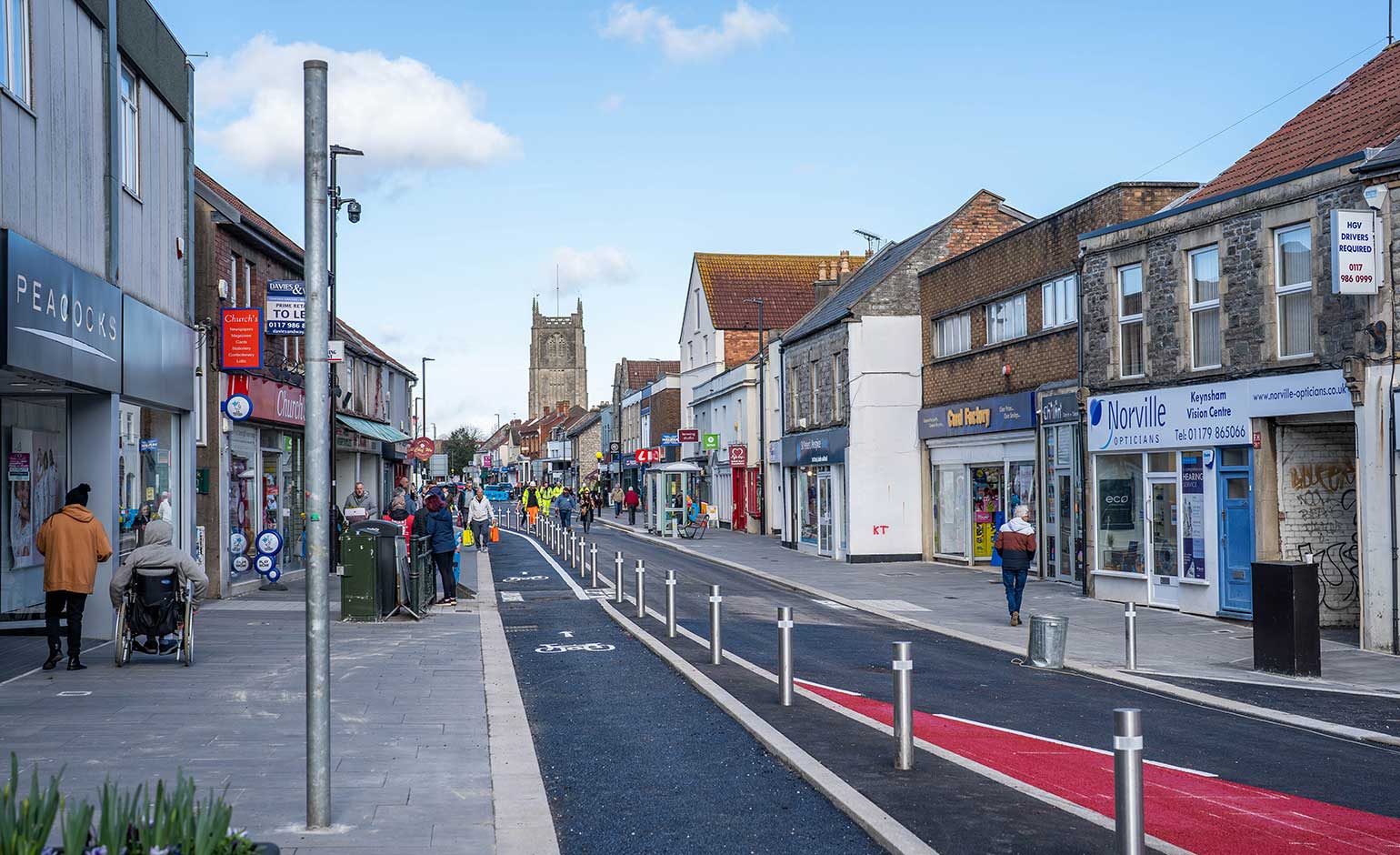 The new cycle lane along the High Street will be changed to make it safer, after Bath and North East Somerset Council received complaints.

Red tarmac will be installed along the length of the cycle lane, and more cycle symbol markings will be painted along the lane.

The width of the solid white lane marking the edge of the lane will also be reduced. Works will take place overnight from 2nd to 3rd August when the High Street will be closed to traffic.

The cycle lane will also remain closed during the daytime on 3rd August.

Councillor Manda Rigby, cabinet member for transport, said: “People’s safety is our first priority. We have listened to concerns from residents and sought advice to solve the issues that have been raised.”

A recent road safety audit of the High Street scheme referenced “the risk of trips and falls, cyclists being unseated and conflicts with vehicles”, but the council said the audit team ultimately found “no fundamental issues” with the design or construction.

The new changes are intended to make the cycle lane easier for pedestrians to see, as well as avoiding any trips and falls.

Cllr Rigby added: “We are acting on both recommendations from the audit and the design exercise. We will also add some extra planters in the forthcoming months, which we hope will further improve safety by directing people more clearly towards the pedestrian crossings.

“We are sorry for any inconvenience while the improvement works are carried out next week, but we are working hard to minimise disruption to the High Street.

“We are keeping the High Street under close review and will be meeting on a quarterly basis with the Highway Authority to ensure safety is maintained.”

The audit report noted that between June 2014 and February 2017 there were three slight collisions and four serious collisions along the High Street – four between vehicles and crossing pedestrians, two between cyclists and vehicles, and one ‘rear shunt’.

Between then and the latest period on record, up to May 2022, no personal injury collisions were recorded according to the report.

However, the audit noted that “pedestrian trips and falls had been raised as a concern locally” following the regeneration scheme.

This included 46 reports in total, of which 17 were in the fortnight after opening, 21 in the following month (April) and eight in May.

It was noted that some of the logged reports were multiple reports about the same event.