The brother of a 4-month-old girl who died from a genetic condition is fundraising through the Bath Half on his birthday, to boost funds for the local charity set up in her memory. 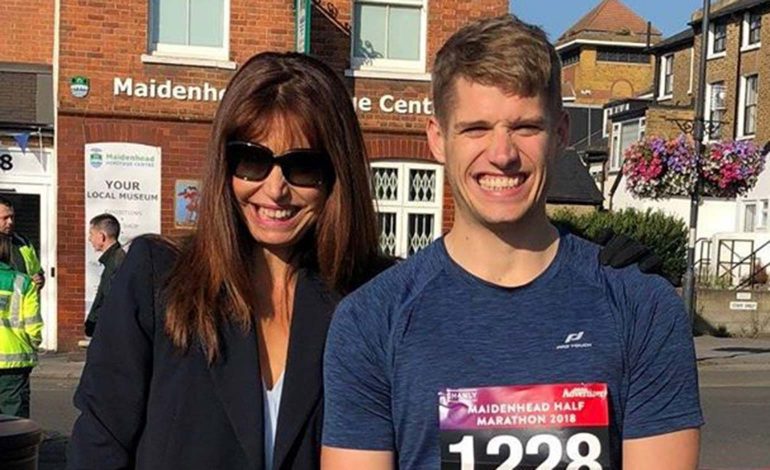 James Purrington, 26, is running the Bath Half Marathon this Sunday, 17th March, to raise money for Jessie May, the Kingswood-based charity, whose nurses support families caring for a terminally ill child.

Jessie May was set up in 1996 in memory of Jessica May Purrington, who died from the genetic condition Spinal Muscular Atrophy.

The charity’s founders, Jessica May’s parents Chris and Philippa, set up the charity to ensure children with life limiting conditions were offered the choice to be supported in their homes through respite and end of life care.

James, and his girlfriend Cecelia, hope to boost funds for the charity through running the Bath Half on 17th March – James’ 27th birthday.

The London-based couple aim to raise £1,000 for Jessie May and are encouraging donations through James’ JustGiving page.

James, who was 2 years old when his sister passed away in 1994, said: “Jessie May is a remarkable charity that helps children with life limiting conditions and their families.

“The support provided by the amazing nurses is life changing and the charity itself relies almost entirely on voluntary funding. As Jessica May’s brother, the charity means an incredible amount to me.

“I ran the Bristol 10k for Jessie May a few years ago and have been busy training by taking on the Brussels Marathon last year, and also preparing for the Paris Marathon in April (2019). My mum (Philippa) saw that the charity was looking for people to run the Bath Half and suggested I take it on. And so I am! I’m really excited to take part and catch up with the Jessie May team.

“When I ran the Bristol 10k for Jessie May it was great to wear the Jessie May running vest and be cheered on and supported by so many people who know the charity.

“Cecelia and I will be running together at the Bath Half and I look forward to meeting other Jessie May fundraisers on the day, including Briony May from The Great British Bake Off! Mum, my step-dad Paul and brother Harry will all be there to cheer us on on the day.”

James, who works as an engineer, added: “Jessie May is an amazing and unique charity which is really important to me and my family. If anyone can make a donation to my fundraising page (here), any contributions would be really appreciated.”

Chris Roys, CEO of Jessie May, said: “It’s wonderful to have Jessica May’s family continue to raise money for the charity and awareness of the vital work the Jessie May nurses are doing locally. We are very proud of James and look forward to cheering him on at the Bath Half later this month. Well done and good luck to James!”

To make a donation to Jessie May through James’ fundraising page visit: https://www.justgiving.com/fundraising/jamespurrington.