The historic paddocks surrounding Beckford’s Tower in Bath are to be restored to give visitors a glimpse of how the gardens and grotto were presented almost 200 years ago. 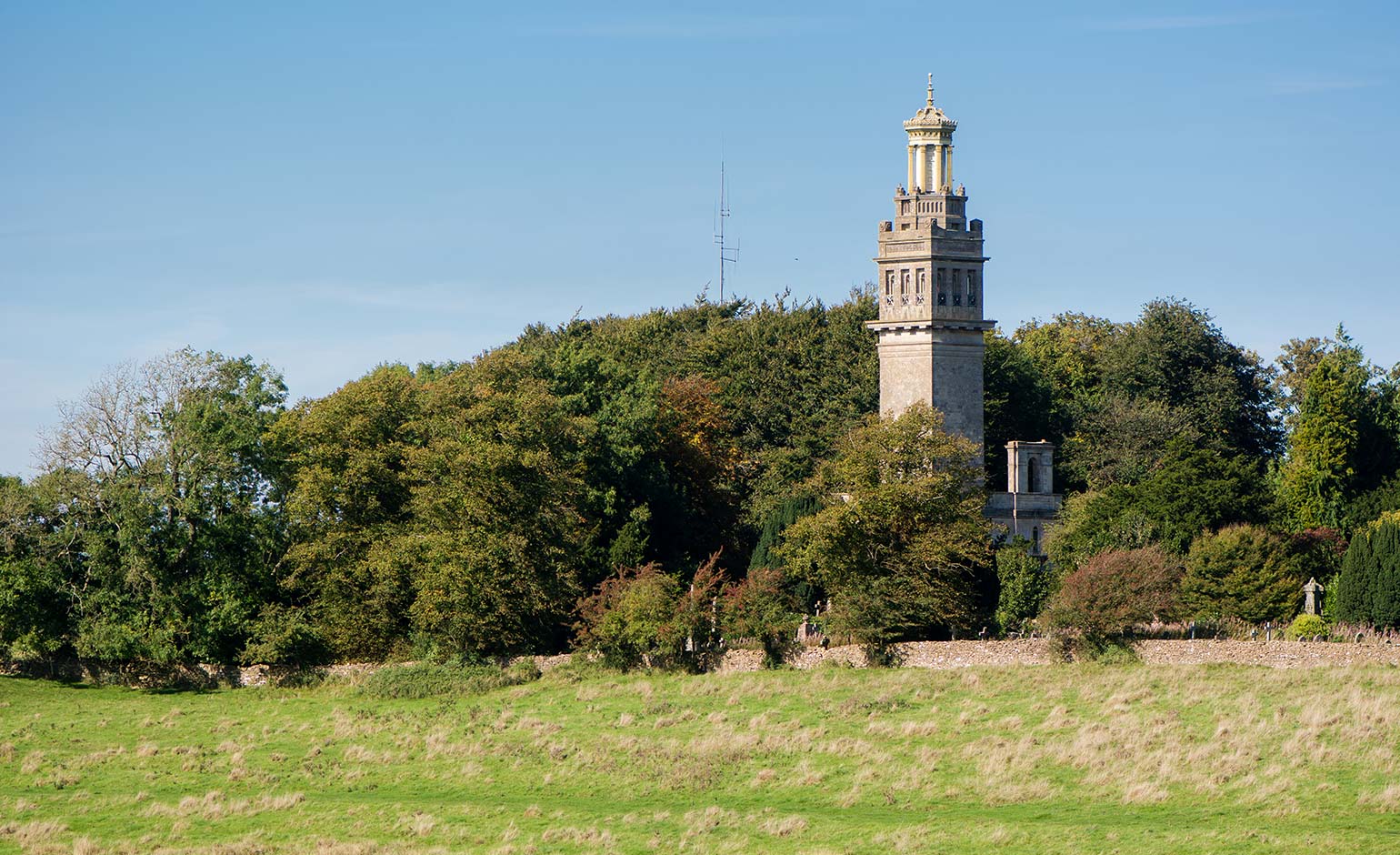 The announcement follows the purchasing of the site by the Bath Preservation Trust, thanks to a donation from Stephen Morant, who owns Beckford’s former estate at Fonthill in Wiltshire,

The approximately 2.54-acre site forms a significant part of what was known as ‘Beckford’s Ride’ and features a grotto tunnel and avenue of lime trees, planted by Beckford.

In 1848, the Tower garden was consecrated as a cemetery which became the last resting place of Beckford himself, who died in 1844, as well as the Tower’s designer Henry Goodridge (1797-1864), the Holburne family, who founded the Holburne Museum, and the proto-feminist writer, Sarah Grand (1854-1943).

Born in 1760, William Beckford was a controversial character. At just 10-years old he inherited his father’s fortune, which included the Fonthill estate and several sugar plantations in Jamaica.

His wealth gave him the freedom to pursue his interests in art, architecture, writing and music. Beckford was briefly tutored by Wolfgang Amadeus Mozart.

In 1782, Beckford undertook a Grand Tour, which inspired his travel writing and passion for collecting which continued throughout his life, especially when exiled to Europe for 10-years following the exposure of his relationship with William Courtenay in 1784.

In later life, the Tower was intended to house his library, art collection and be a retreat from the hubbub of Bath.

Every day Beckford would ride from his home in Lansdown Crescent, accompanied by his pack of spaniels.

This expanse became known as Beckford’s Ride, a mile of interlinked gardens. Closest to the crescent was a large kitchen garden, followed by a plantation of conifers.

Above this was a quarry garden and an Italianate garden with a grotto tunnel leading into the Tower garden.

Beckford is believed to have planted particular trees and plants to encourage bird species, such as nightingales, linnets and thrushes.

Over time, the original walls of the Tower garden have fallen into disrepair and the paddocks became overgrown with brambles, making the grotto completely inaccessible.

Now, having secured their purchase, Bath Preservation Trust plans to bring the historic grassland land back into its relationship with the Tower and again form part of its original setting.

The undergrowth has already begun to be cleared by a team of volunteers, while the grotto tunnel could be reopened, if it can be stabilised and made safe for public access.

When the adjacent stone wall is repaired, visitors will be able to once again walk along the paddocks’ avenue of lime trees, following the same route Beckford took daily to and from the Tower.

Announcing the exciting plans for the restoration project, Bath Preservation Trust’s Director of Museums Claire Dixon said: “The main focus of our vision is to enable public access to these new areas, to better connect the building with its original landscape.

“This will include digital resources including maps and walking routes, to enable visitors to reconnect with Beckford’s Ride and walk the areas that are accessible.

“They will also be used to house interpretation so that when in the landscape, visitors can understand where they are and more about the story of Beckford and the Tower.”

A development grant awarded by the National Lottery Heritage Fund is also enabling the Bath Preservation Trust to re-examine the way in which they share the story of William Beckford’s links to the transatlantic slave trade.

Claire added: “This is all part of a major project to allow our visitors to explore ‘new’ parts of The Tower and its grounds, including the grotto tunnel, the building’s basement and as part of new all-access tours, climb the staircase to enjoy spectacular views across the surrounding countryside from the Belvedere and lantern areas of the Tower.

“They will also be able to use digital resources to access the Tower’s various stories, participate in self-led walks and for those with physical access issues, enjoy virtual tours of the Tower and Museum.

“Within the museum itself, a new upgraded experience will better tell the story of William Beckford, with new objects on display.”

As part of the work to recreate a sense of the paddocks in their original state, Bath Preservation Trust is working with experts to develop the landscape and building, working closely with organisations such as Historic England to ensure sensitive and appropriate conservation.

Claire explained: “We are preserving the current landscape and recognise its importance within nature and as an outdoor space for recreation and reflection.

“Our work will be sensitive to the nature of the current landscape and in particular, the cemetery.”

Local wildlife is also a key consideration, with Bath Preservation Trust conducting a series of species counts, so that it retains and builds on the biodiversity of the area.

Claire continued: “The paddocks’ value as a green space are recognised already, as important to the people living here. Consequently, we are hopeful of building a group of volunteers to help maintain and support the built and natural parts of the Tower’s landscape, creating a further sense of ownership locally.

“We also have schemes planned with local schools and community groups, to help build skills and develop confidence as part of our commitment to the local area and those living, working and visiting this unique place.”

Continuing William Beckford’s own fondness for canine company, responsible dog owners will be pleased to know that they and their companions will still be welcome to wander the cemetery and surrounding areas, with greater access afforded by the ongoing development of the paddocks.

Urgent fundraising will now be needed to ensure vital conservation work to the building and landscape takes place, to ensure today’s visitors and future generations can continue to explore and enjoy the iconic Bath landmark.