Following the refusal in September 2020 of a controversial application to turn Bath’s historic Royal Mineral Water Hospital into a 167-bedroom hotel, revised plans have now been unveiled. 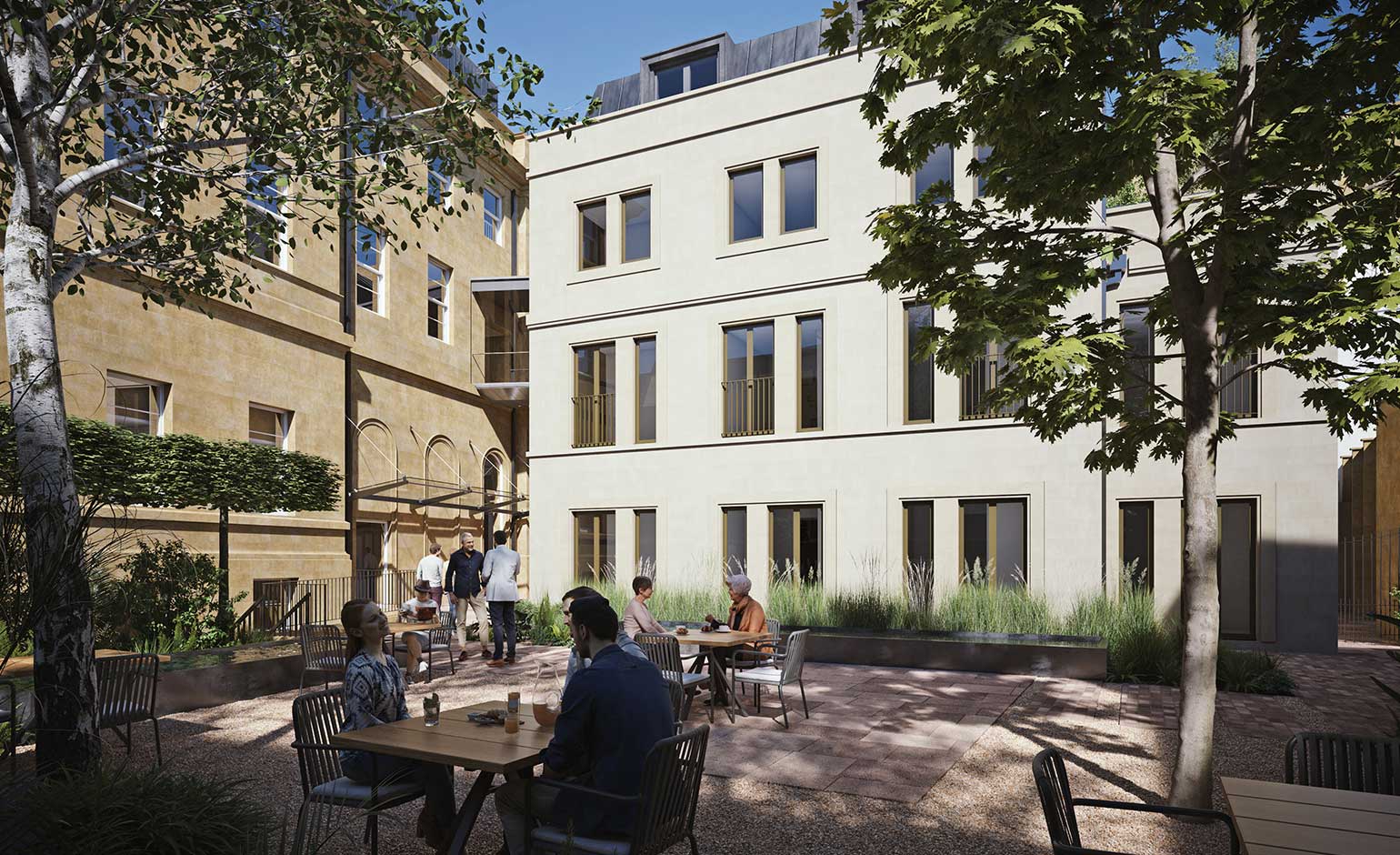 The plans seek to convert the former hospital site into a luxury lifestyle hotel, adding an extension to the existing building as well as a courtyard garden.

Following the refusal of the previous application, contrary to the recommendation of planning officers at Bath and North East Somerset Council, the Fragrance Group appointed Bath-based architects Aaron Evans Architects to lead the revision of the proposals.

The new design of the proposed extension is smaller in scale and includes four fewer bedrooms.

The building mass has been reduced and redistributed and all but essential mechanical plant has been removed from the rooftop, enabling a reduction in the building’s footprint, height and mass.

The proposed hotel would see the creation of 120 full time jobs and potential investment of £35 million into the local economy and supply chain during construction and operation.

As part of the plans, Fragrance is also committing to providing managed public access, as well as guided walks and tours, to the two Roman mosaics discovered on the site, helping to celebrate the rich history of Bath.

A spokesperson for Fragrance UK – Bath Ltd said: “Since the refusal of the previous application we have listened carefully to the feedback received from councillors and residents and have worked hard alongside officers, statutory consultees and Historic England to address these concerns.

“Our proposals represent an opportunity to preserve the history and heritage of the Royal Mineral Water Hospital.

“We look forward to seeing the public’s response to our revised plans ahead of submitting a new planning application and listed buildings consents to B&NES Council in the coming weeks.”

The developers have launched a dedicated website displaying the revised proposals and outlining how they have sought to respond to feedback.

To find out more about the plans, visit www.theminexhibition.co.uk.

City welcomes back residents and visitors as businesses begin to reopen