Bath’s David Maxwell Hairdressing has been named as one of the country’s top salons after being announced as a finalist for Salon of the Year in the HJ British Hairdressing Business Awards. 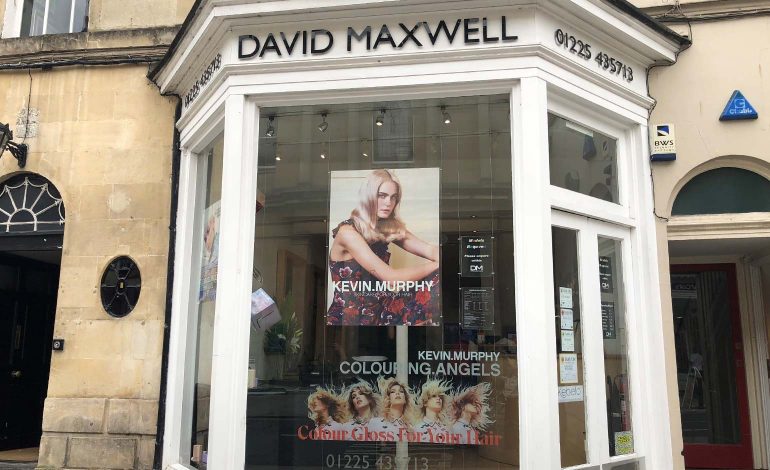 The team at the salon, which is well-known locally, now awaits the awards ceremony in September, to see if they have been crowned the overall category winner.

This category recognises a single salon with an annual turnover of less than £350,000 that is independently owned or a salon within a group.

David Maxwell Hairdressing, which employs a team of top stylists, impressed the judges thanks to their customer care, complaints procedure, promotional and marketing activity as well as staff engagement and training.

Commenting on the result, Jayne Lewis-Orr, executive director of the HJ British Hairdressing Business Awards, said: “To be named as a finalist highlights how exceptional this salon is.

“With hundreds of entries for each category and a panel of judges that excel at looking for the finer details, just to make the shortlist is an outstanding achievement.

“We wish them all the very best of luck for the awards night, which promises to be a spectacular evening for all.”

HJ’s British Hairdressing Business Awards promote professionalism, innovation and excellence, while recognising those individuals and teams who work tirelessly to raise the profile of the hairdressing industry.

Currently over 287,000 people work within the hairdressing, barbering and beauty industries; contributing over £7bn to the UK economy each year.

Commenting on the announcement, Beth Denny from David Maxwell Hairdressing said: “We’re delighted to have been named as a finalist for the British Hairdressing British Awards.

“It reflects the tremendous hard work everyone at the salon has put in over the past 12 month, and we’re indebted to them for making this such a fantastic year.

“We’re so excited and cannot wait until the awards ceremony in September!”

Pavements to be temporarily widened to support reopening of businesses