This stripped-down version of the Iliad from the Bedivere Arts Company does not attempt to cover all the ins and outs of that epic tale. 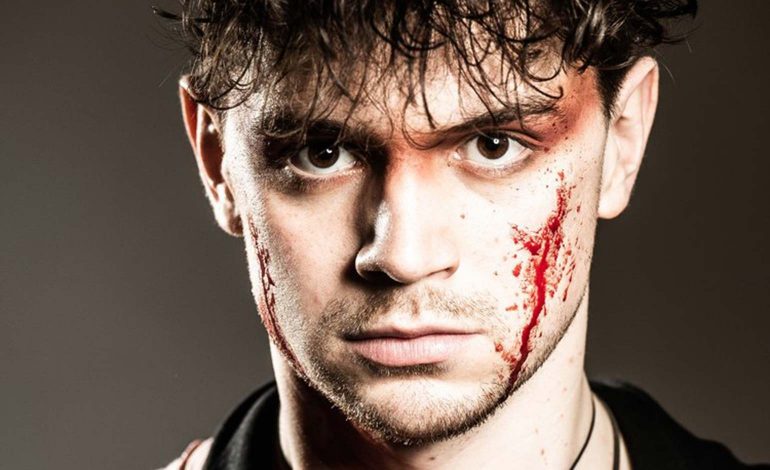 Only four characters actually speak: Achilles; his friend and lover Patroclus; and Briseis and Chryseis – women who are traded between the Greeks as spoils of the Trojan War.

And there is a chorus of three, who from time to time sing eerily to a loud, modern soundtrack; but do not in this production actually comment on the action.

More they are there to provide a sort of cinematic atmosphere of suspense. This mostly helps the action, but occasionally tends to drown out the dialogue between the characters.

The tensions between the four are vividly brought to life; Achilles’ warrior-like actions and the contradictions of his violent behaviours and his philosophical outlook on life and war, plus his homoerotic relationship with Patroclus, are brought out in a startlingly vivid and shape-shifting performance by Michael Ayiotis.

The women here are not the voiceless chattels of the original, but are rightly vocal in a very modern way about their status as mere prizes of war to be quarrelled over by the men.

This is a show that is still developing, and there are one or two wrinkles still to be ironed out; but this is nonetheless an emotionally engaging and powerful piece.
_ _ _ _ _ _ _ _ _ _ _ _

Wrath of Achilles, presented by Bedivere Arts Company, is showing at The Mission Theatre, Bath on Monday 27th and Tuesday 28th May.