Written in the early 19th century, Woyzeck came back to life in the 1960s, though more in the avant-garde sphere than in general productions. 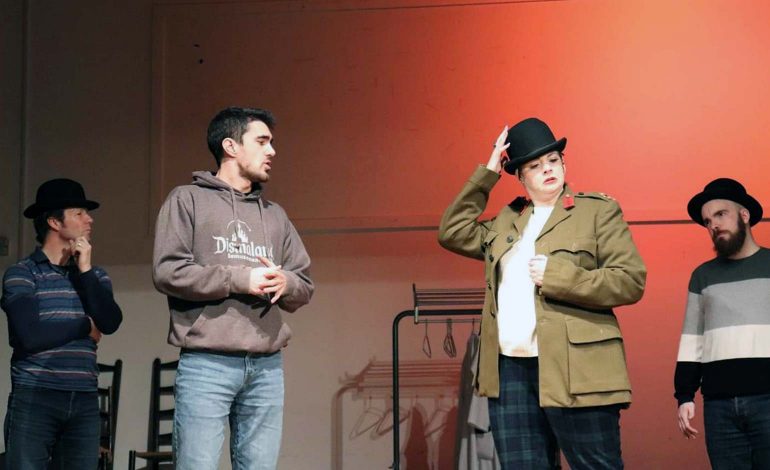 Loosely based on the story of Johan Christian Woyzeck, the script by Buchner was unfinished when he died of typhus aged only 23.

The fragments of the play were pieced together by his brother and subsequently completed by various authors.

As they tell us at the beginning we’ll see, “Madness, passion, jealousy, violence and death”. Plus a certain amount of audience participation.

Woyzeck is a lonely soldier stationed in Germany who agrees to take part in medical experiments, mainly eating nothing but peas.

We are witnesses to his gradual descent into madness. Not a very long trip for Woyzeck as Marie, mother of his child, remarks, “Thinking will wind his mind up like a watch spring. It’ll break one of these days.”

Woyzeck, by George Buchner and presented by the Playing Up Theatre Company, is showing at the Rondo Theatre in Bath until Saturday 15th February.