Prolific seems barely enough to describe Alan Ayckbourn’s output of over eighty full length plays plus some short plays, reviews and plays for children. Over 40 of his plays went on to be performed in the West End. 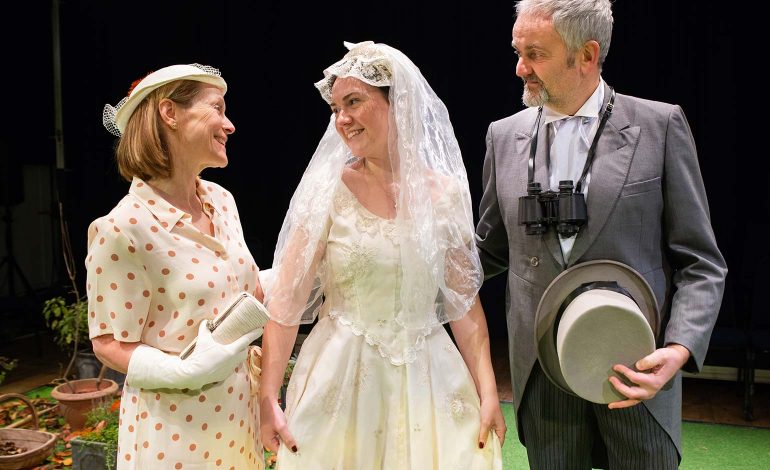 Most made their debut at the Stephen Joseph Theatre in Scarborough where he was Artistic Director from1972 to 2009.

Woman in Mind was first produced at The Mission Theatre 25 years ago, opening then on the same date in the month as now.

Opening with Susan Gannet (perfect Caroline Groom, never off stage) lying unconscious on the ground in a garden. We see regain her senses somewhat as Dr Windsor tries to make sense of her confusion.

Brian Fisher milks the comedy from this shambolic character well.

Susan has stepped on a garden rake which sprang up to knock her out. Gradually, she tries to make sense of her family as they appear, but hallucinations confuse her. 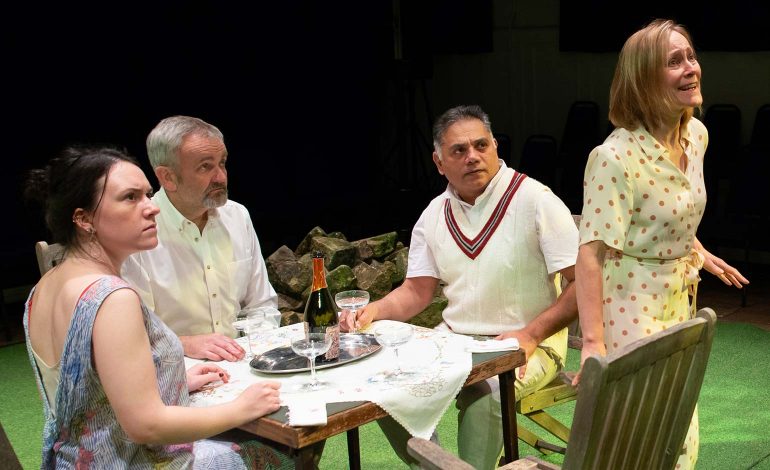 “I’m still fond of you, most of the time,” she tells her husband, the Rev Gerald Gannet.

Further confusion arises when another husband arrives on the scene. So which and who are the hallucinations?

All is eventually revealed and, unless you know the plot, you’ll never guess the denouement.

Woman in Mind by Alan Ayckbourn, directed by Ann Ellison and presented by the Next Stage Theatre Company, is showing at the Mission Theatre in Bath until Saturday 30th November.