The Rivals is a world, set in Bath, which gazes at the rich and privileged lives of those who might visit Bath to take the waters or just watch and be watched. 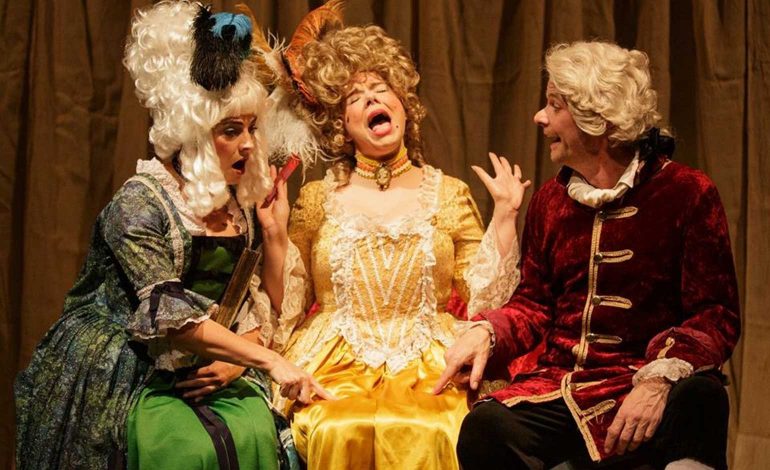 This is a glorious romp of Sheridan’s classic comedy. Under the watchful direction and inspired vision of Sophie Brooks, the Playing Up Theatre Company have thrown out the rule book and sensibly opted for the high camp and almost absurd approach to restoration comedy. Not one person in the full house seemed to be complaining.

The Rivals is a world, set in Bath, which gazes at the rich and privileged lives of those who might visit Bath to take the waters or just watch and be watched. The mix up of identities and the increasingly ridiculous explanations are all part of the fun. 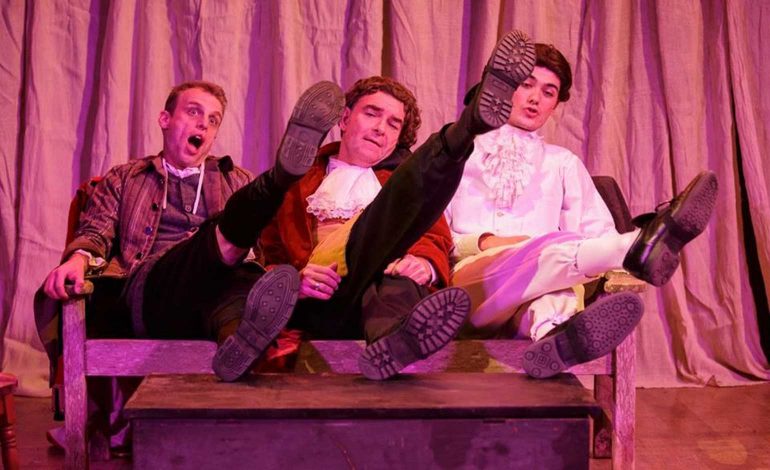 Here we find Mrs. Malaprop shielding her niece, Lydia, who is always one step ahead. Lydia is intent on throwing her inheritance away for the sake of love. However, the supposed impoverished ensign is himself Jack Absolute an eligible bachelor masquerading as a lowly soldier.

Alongside the central couple the others are less capable at wooing and romance. The satire is salient and the comedy clear. 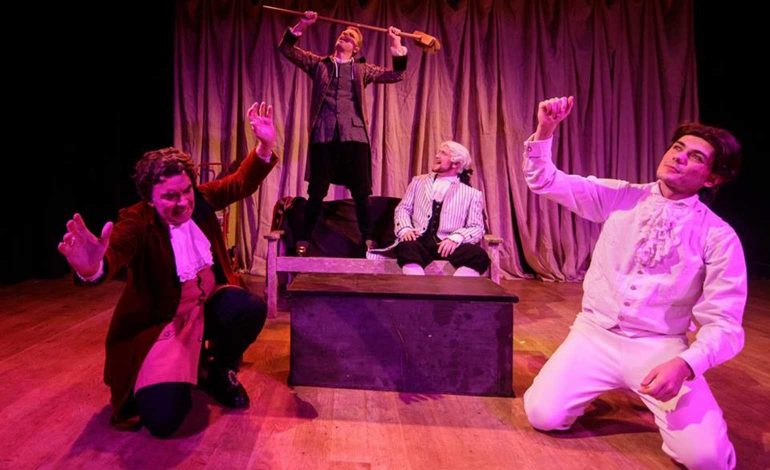 The cast are excellent and in fine control of material and comedy. The use of contemporary popular music is a good choice and somehow at times little seems to have changed. 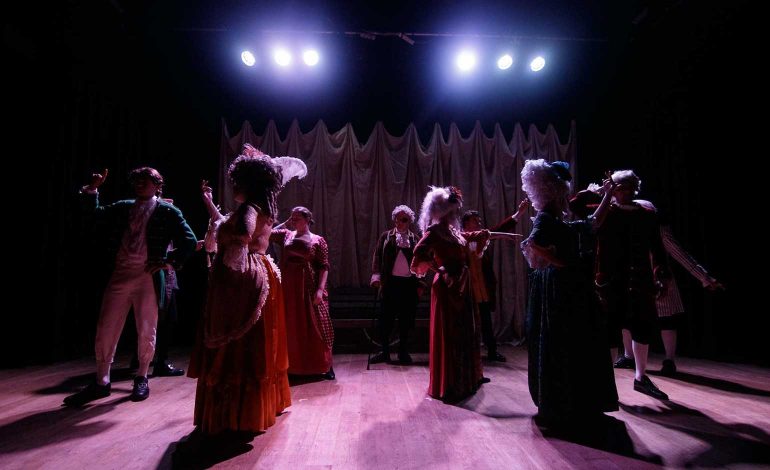 There is not a weak link in this company who work seamlessly together.

From the outset this production bounces along with an energy and pace that engages the audience. A hugely enjoyable show once again from the Playing Up Theatre Company.
_ _ _ _ _ _ _ _ _ _ _ _

The Rivals was a Playing Up Theatre Company production at The Rondo Theatre in Bath, directed by Sophie Brooks.