The Man in the White Suit is a charming and hugely entertaining adaptation of the classic Ealing comedy. 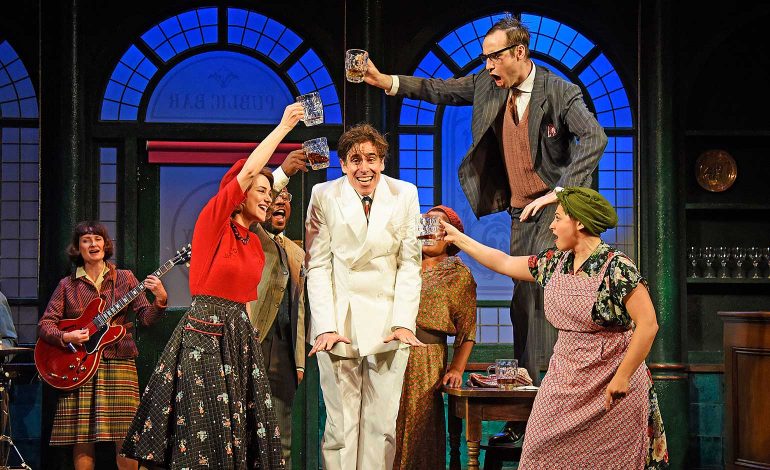 Under the masterful direction of Sean Foley, this is a good night out. The star of the show is the extraordinary vision from designer Michael Taylor alongside a glorious cast headed by the excellent Stephen Mangan who kept the heady pace on track, bringing much laughter from the outset.

The premise of the story revolves around the revelation that Sidney Stratton has created a fabric that will never wear out or get dirty.

His love of chemistry creates an argument between textile manufacturers and the workers; resulting in extreme action.

There is an impressive onstage actor/musician skiffle band with original music by Charlie Fink, which creates some surprising moments including a Lancashire clog dance but this adds to the heady mix of comedy with success. 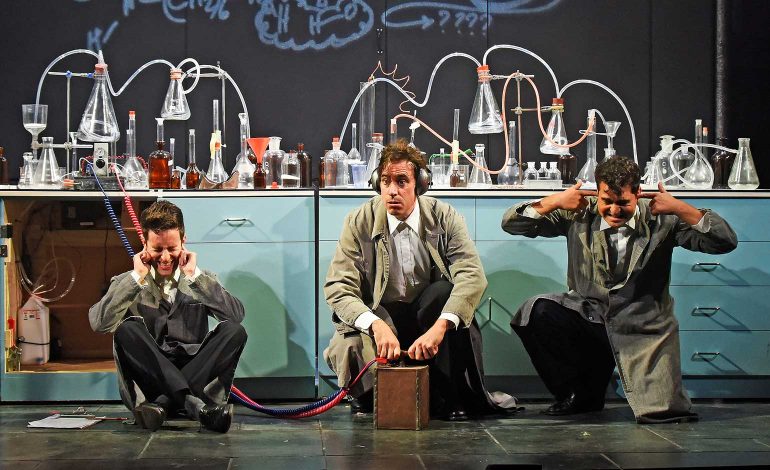 Kara Tointon (Daphne Brimley) provides a good foil for Stephen Mangan’s winning and generally hapless Sidney, the dance sequence between them choreographed by Lizzie Gee being a particular highlight.

The cast, however, are strong throughout and the chemistry is clear. There are contemporary references which are fun and despite the improbable moments of the piece alongside a slightly erratic Act 2 script; the overall impact will no doubt prove to be a winning formula as it heads to the West End.
_ _ _ _ _ _ _ _ _ _ _ _

The Man in The White Suit, adapted for the stage and directed by Sean Foley, is showing at the Theatre Royal in Bath until Saturday 21st September 2019.