The Lady Vanishes, at the Theatre Royal in Bath, is based on the 1938 film directed by Alfred Hitchcock, originally written by Sidney Gilliat and Frank Launder. 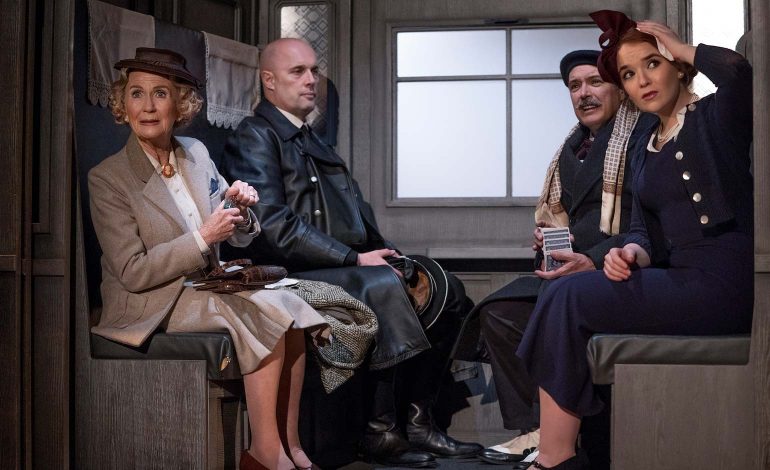 On a train through Europe, Iris Henderson meets an old woman, Miss Froy. Iris later wakes up from a nap to discover that Miss Froy is nowhere to be found, and none of the other passengers have any recollection of her.

A psychiatrist on the train suggests that Miss Froy never existed. However, Iris is certain that something more sinister is going on, and teams up with another acquaintance, Max, to find her before the train reaches its destination.

The action of the play moves from a platform to the train carriage; whilst this is restrictive in some ways it allows a design from Morgan Large full of detail and glamour of the late 1930’s.

The costumes and props are picture perfect, recreating the era with ease. 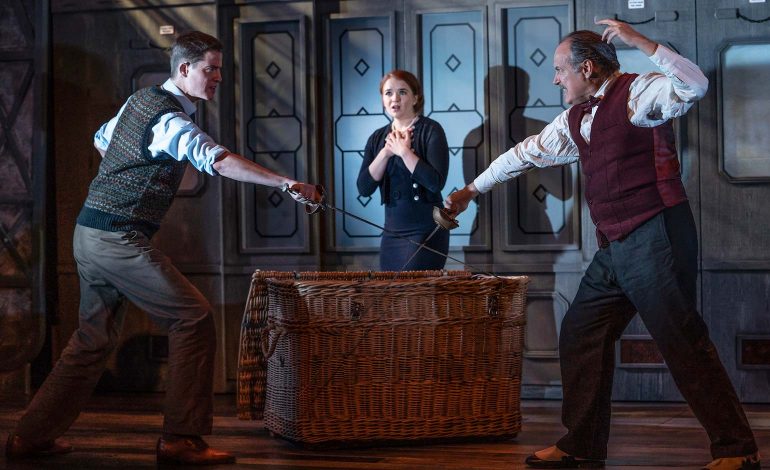 Juliet Mills as the Governess, Miss Froy, is endearing and captivating in equal measure.

The impressive cast bring great style to proceedings with Lorna Fitzgerald as Iris and the engaging Matt Barber as the rather hapless cad Max.

The partnership provides a good anchor for the piece, although the script rarely gives space for any real character development and its cinematic feel creates repetitive short scenes which stall the action.

The fun is in the attention to detail, as with all Hitchcock adaptations, no spoilers here but as the train travels onward all is eventually revealed.
_ _ _ _ _ _ _ _ _ _ _ _

The Lady Vanishes was adapted by Antony Lampard, based on the film directed by Alfred Hitchcock, written by Sidney Gilliat and Frank Launder, at the Theatre Royal in Bath.

The show is appearing until Saturday 2nd February 2019. For more information, and tickets, visit the Theatre Royal website.