The gloriously successful TV series of years gone by which propelled Felicity Kendall, Richard Briers et al into our worlds was a neat, clever sitcom of Surbiton neighbours. 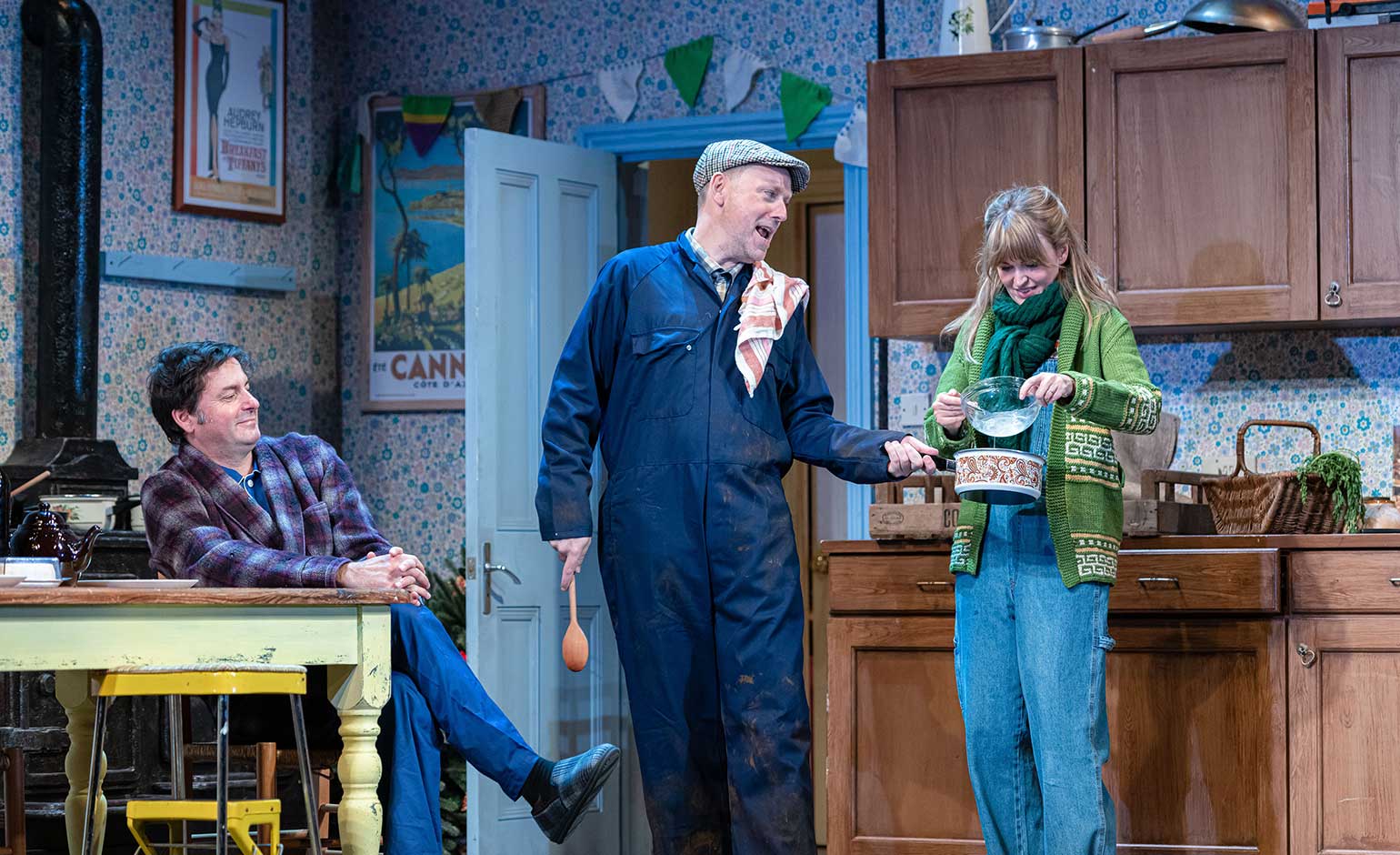 One household seeking self-sufficiency and the other intent on social climbing; the joy came from the chaos and disdain that generated and the stories they told.

Here, Jeremy Sams who has written and directed a homage to the original show has attempted to bring it to the stage. The result is a series of scenarios without a reasonable plot or reason.

Whilst it is sold entirely on an audience of a certain age; the lack of development leaves it dramatically dull and without any focus or direction.

There are moments of fun, the end of Act 1 with hash cakes, courtesy of Harry the Pig Man (Nigel Betts) whilst the attempted reviving of a piglet touches on the wish for children.

The overall mocking of June with large breasts at the office and the snooty disrespect for self-sufficiency feels woefully out of date. 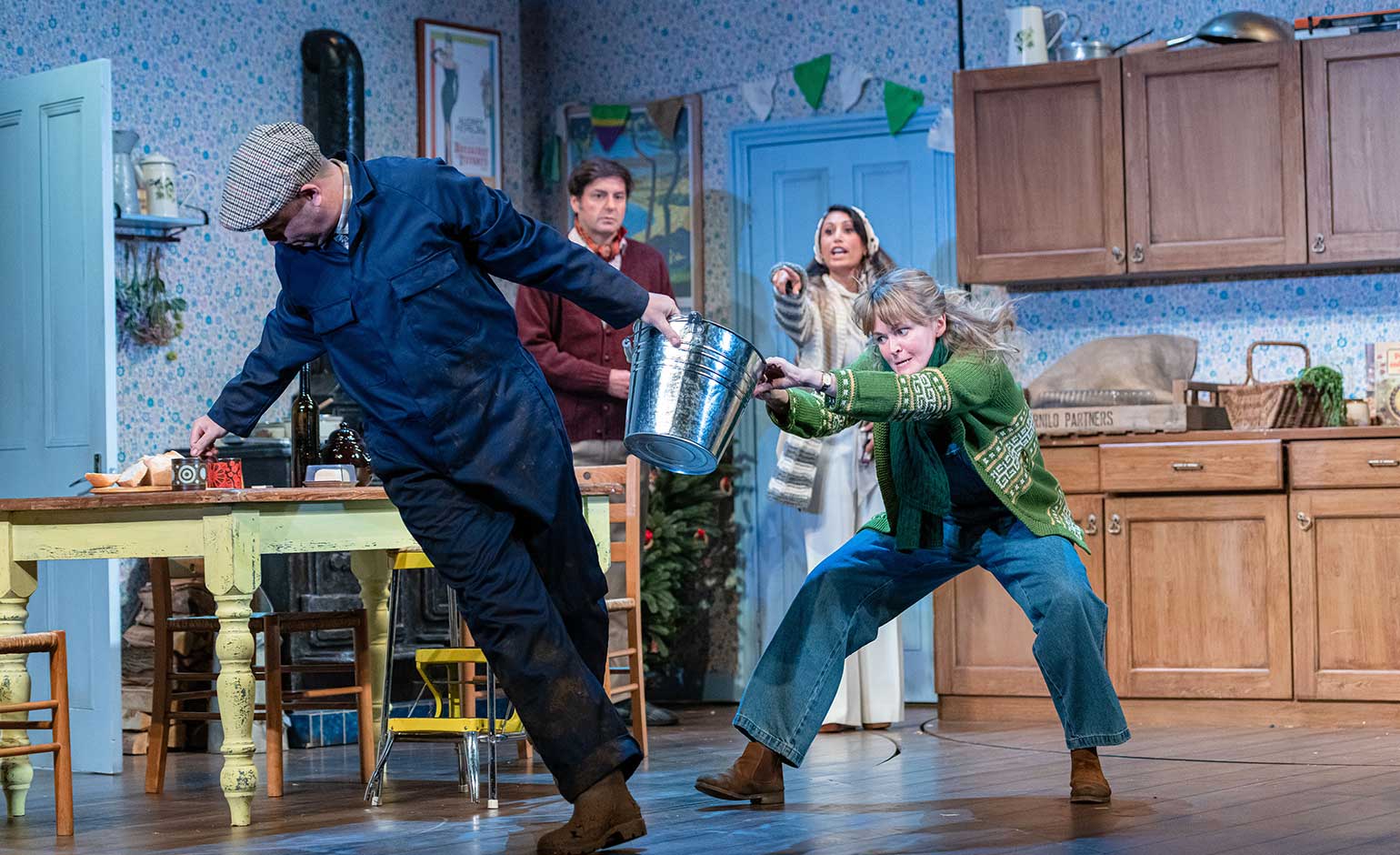 The cast work gallantly with the script on offer. Preeya Kalidas delivers Margo with utter precision; Dominic Rowan is a suitably henpecked Jerry whilst Rufus Hound and Sally Tatum step up as Tom and Barbara.

It feels however as if Nigel Betts and Tessa Churchard have the best fun in the cameo roles that bring the humour.

Designed by Michael Taylor, the revolving set allows fluidity and the colour scheme is garishly brilliant.

The references to Chicken Kiev and mateus rose brings sentimental and knowing smiles to those old enough, however it is unlikely that many younger audience members would be able to stick with this period piece.
_ _ _ _ _ _ _ _ _ _ _ _

The Good Life is showing at the Theatre Royal in Bath until Saturday 16th October 2021.