Poking fun at political leaders is risky. Rimsky-Korsakov got into trouble with the censors when he composed The Golden Cockerel in 1907. 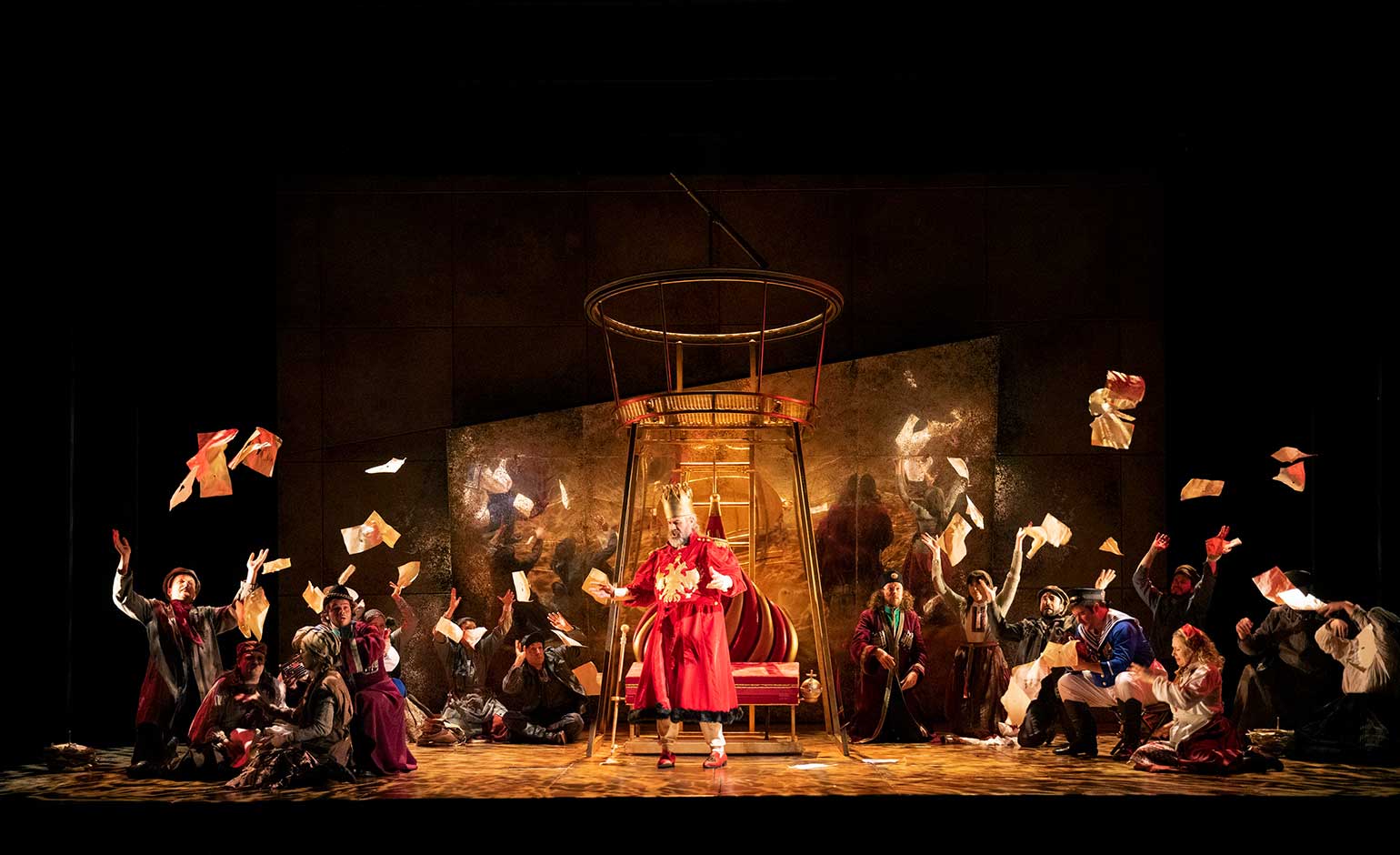 Its main target is King Dodon, a vain, lazy, hopeless leader. The opera is based on a fairy-tale by Pushkin, and the composer blends fable, fantasy and folk elements, using music that reminds the listener that he also wrote the oriental spectacular Scheherazade.

The cast is pantomime meets G &S: a pair of Tweedledum/Tweedledee brothers, a magic bird, a comical general, a Nanny with a touch of the dame about her.

James Conway’s production for English Touring Opera was sparkling and barmy. Visually it was as colourful as a Russian lacquered box or a Fabergé egg, especially in the sultry second act.

The orchestra was smaller than Rimsky specified but still had the brilliant sound of a master orchestrator: clarinet and flute solos were especially lovely, though the lower strings were underpowered.

Under Gerry Cornelius’ baton, this was an impressive ensemble performance: the chorus (I counted 14) produced a rich sound and small solos were taken well. Good diction from nearly all the singers helped to put across the witty translation.

Special praise goes to Robert Lewis as the Astrologer with its fearsomely high vocal writing; Grant Doyle’s shambling Dodon, strongly sung and acted, if not a classic Russian bass sound; and Paula Sides, vocally seductive as the Queen of Shemakha.