The excellent Greedy Pig Theatre Company has catapulted itself into the new season at The Rondo with a vibrant, thought-provoking new play, The Fish Cage by local writer Douglas Murdoch. 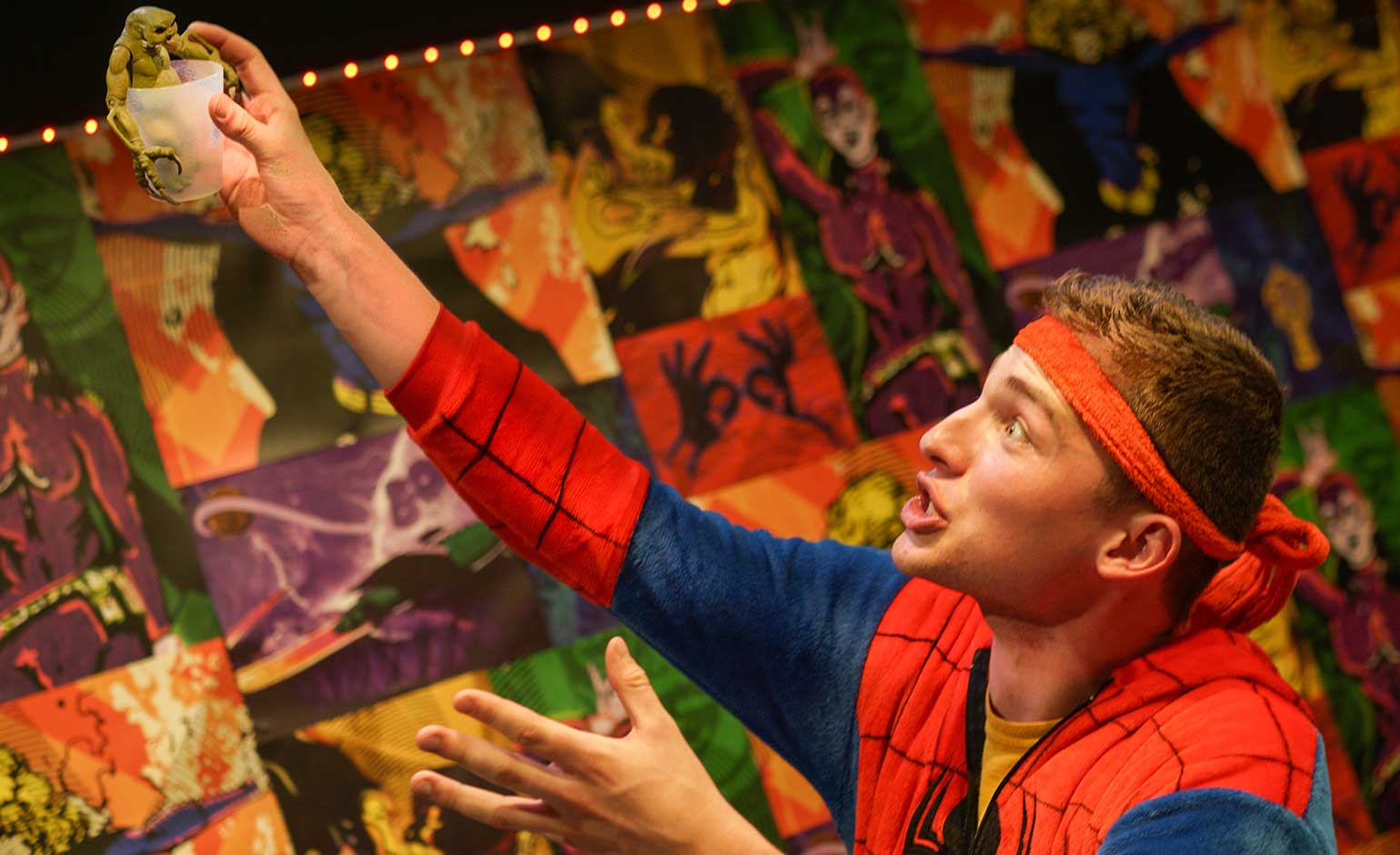 This is an adventurous work where we find Connor, played by an outstanding Patrick James Withey, as a nineteen year old recluse, obsessed with comic and superheroes.

As part of a world where criminals can store their consciousness in others to evade capture; Connor has three days to live with Fish, a hit man, battling for control of his mind.

Alongside Connor is his brother, Ryan (Njeko Katebe) and Ruby (Lorna Durham) his girlfriend. As revelations abound, family bonds are pushed to breaking point and realities are blurred into confusion.

No spoilers here but Alice (Tiffany Rhodes) who falls into the end of the first Act and brings much dark humour to Act 2 is a welcome addition to the dynamic of the piece.

This young, versatile company sustain the writing well. Withey is excellent in full flight as Fish and the extended monologue between Fish and Connor is absolutely spot on.

There will no doubt be a few edits as the play moves forward but this is a secondary issue to the strength of what is essentially a good plot and a challenging concept of a potential future.

The claustrophobic clutter of the static set by Lex Kaby fills the small chaotic space well. The direction, also by Kaby is fluid and precise; bringing a great energy to the small stage.

There is so much to celebrate with new writing and locally produced theatre, The Rondo is a great place to find hidden talents and I am sure once this tour reaches further afield this company will definitely be garnering new audiences to add to their growing profile.

The Fish Cage was presented by Greedy Pig Theatre Company at the Rondo Theatre in Bath.