Opening in Bath prior to a national tour, this play is a perfect moment for the “Show Must Go On” message. 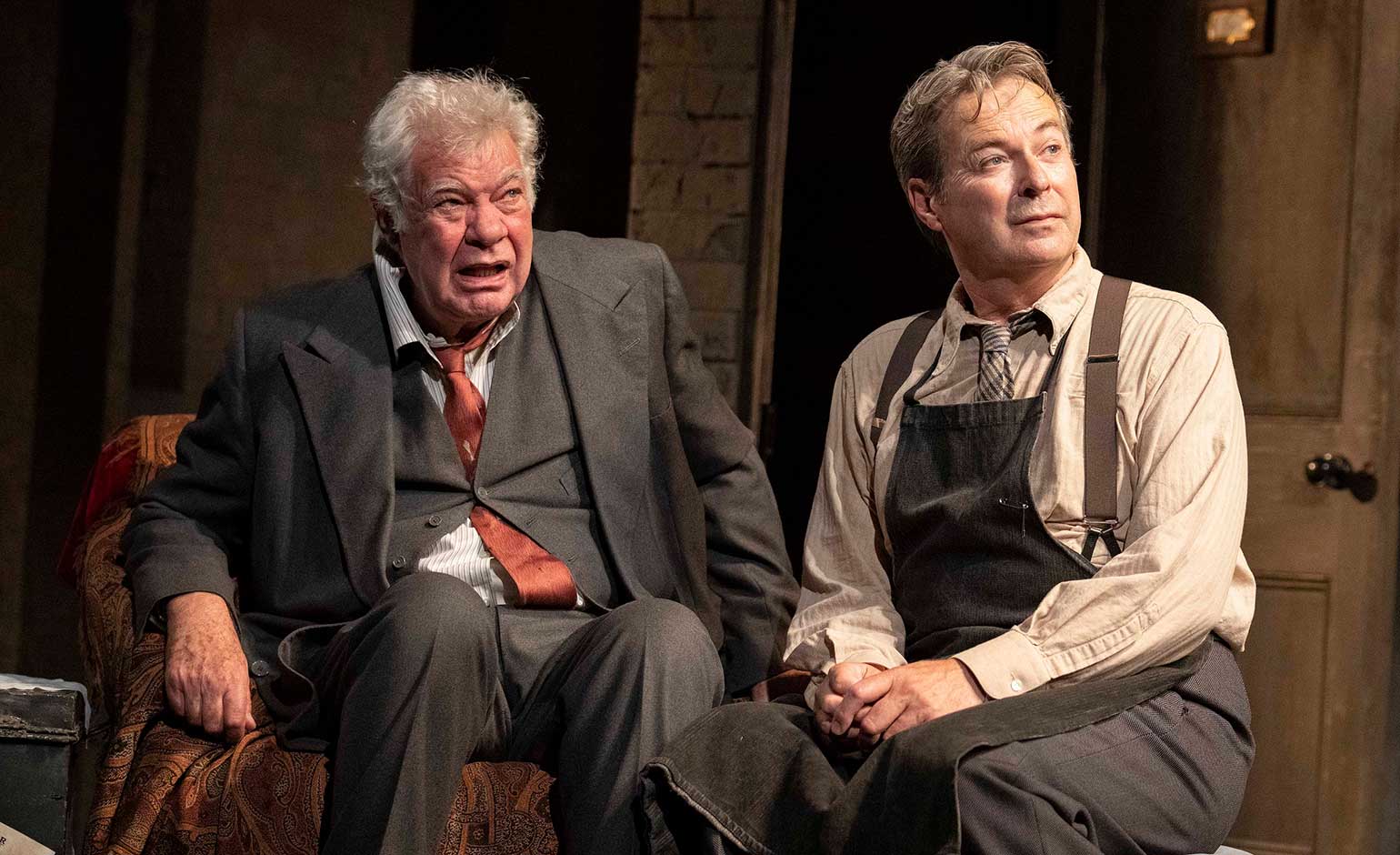 It is 1942 and whilst the war rages around them, an ageing actor, Sir and his loyal dresser, Norman are part of a production of King Lear. The story is based on the relationship that Harwood had whilst working as a dresser for Donald Wolfit and much of the tenderness and affection stems from the evocative design of a seedy rep theatre both in the dull mushroom grey dressing room and the backstage reveal in Act 2.

The transitions between the two are neatly choreographed and keep the pace moving.

Matthew Kelly is in fine form as Sir, one moment bellowing and then forgetting lines, character and breaking into tears.

Julian Clary as Norman captures the humour but the bite and aggression of the overprotective and controlling bitterness is a little lost.

However, there is much to enjoy and despite a bumpy start Act 2 settled well into its pace.

The atmospheric lighting design by Ben Ormerod ensures the excellent set from Tim Shortall provides picture-perfect moments of an era gone by.

Whilst the 40-year-old script is kept in its original place, complete with black face Othello makeup and social references of the time, this is a warm and well-produced show.

The supporting cast do not get many opportunities but Rebecca Charles as the long-suffering Stage Manager, Madge, provides a nuance to the moments she has lost and loved with poignancy.

Directed by Terry Johnson, there is a feeling that there is a fine production waiting to flourish and no doubt once into its long-awaited run, having been delayed for a year due to restrictions, this will be transformed.
_ _ _ _ _ _ _ _ _ _ _ _

The Dresser is showing at the Theatre Royal in Bath until Saturday 18th September 2021.