The Cat and the Canary was originally performed in 1922 and whilst it has been through various reincarnations, this new adaption by Carl Grose keeps the plot spiralling until its final moments. 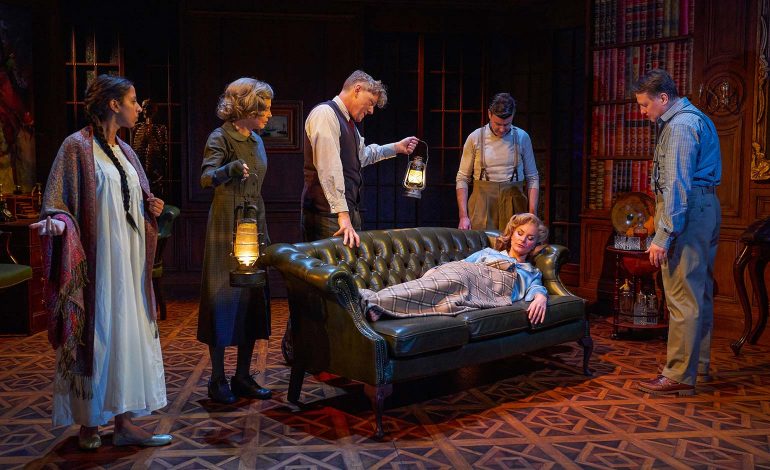 Twenty years after the death of Mr. West, his descendants gather at a remote mansion to learn who will inherit his vast wealth and the hidden family jewels.

When the heir is revealed, the heritage hunters turn into prey and a chain of macabre events is set in motion; walls crack open, shadows loom and dark secrets are revealed.

The pace of the play is often slow and demanding, whilst it is not in the same league as “Ghost Stories” the use of an impressive library of sound effects keep the suspense.

It does still feel like an old play. The characters are fairly two dimensional which means the strong cast have little to work with.

On this occasion Briony Rawle (Mrs. Pleasant) was in control as the ageing housekeeper, keeping an overview on the guests whilst warning them of the ever-present evil.

The world of Bodmin Moor is ever-present whilst the various illusions incorporated in the set design by Takis are generally effective.

The Cat and the Canary, by John Willard and directed by Roy Marsden, is showing at the Theatre Royal in Bath until Saturday 29th February 2020.