Ten Times Table written in 1977 is a lengthy and unlikely play that is based around a committee planning the Pedon Folk Festival and its aim to celebrate and dramatise a local historical event based loosely on the Tolpuddle Martyrs. 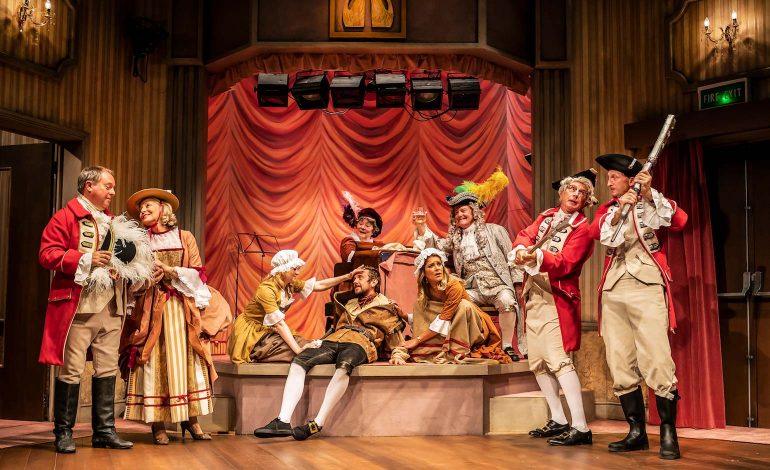 Unsurprisingly it becomes a battle of personalities and political agenda.

Whilst Ayckbourn cites his personal involvement with committees whilst moving theatre spaces as inspiration, time has not been kind to this dated and disappointing play.

The cast works hard with a limited script and barely sketched stereotypical characters, but the pace falters and simple scene changes become arduous and unnecessarily time-consuming.

Ray (Robert Daws) has the unenviable task of chairing the committee. His wife Helen (Deborah Grant) is outspoken and definitely in opposition to the Marxist teacher, Eric (Craig Gazey).

Laurence (Robert Duncan) drowns his marital woes with whisky and Tim (Harry Gostelow) sees warfare as the answer to most things.

All of this on a single set of the Swan Hotel which captures the mediocrity of the town perfectly.

The play feels less successful than other Ayckbourn scripts; the humour is heavily reliant on the clashes of class, gender and race which are generally well-received by the audience.

Ten Times Table by Alan Ayckbourn and directed by Robin Herford is showing at the Theatre Royal in Bath until Saturday 7th December 2019.