This dark comedy is multi layered. The title coming from the stones in the pockets of Sean Harkins so that he can drown successfully, and his suicide is a direct result of desperate economic times and his drug dependency. 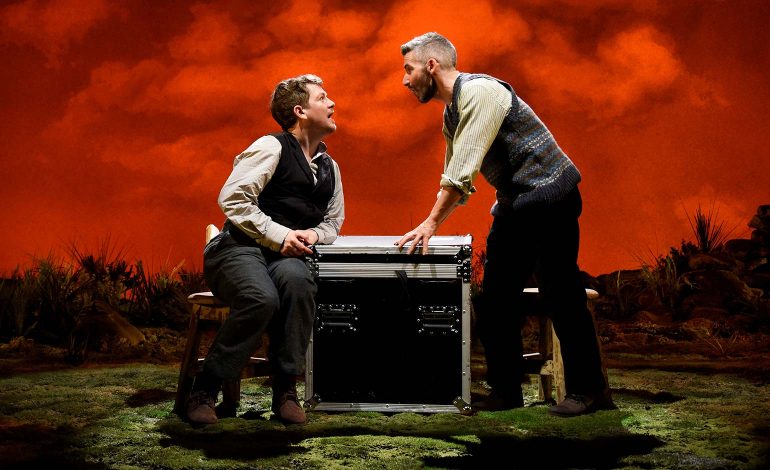 On the surface of it all, two actors inhabit the whole play and they furiously multi role with great skill.

Their many voices take us through the multimillion dollar US movie “The Quiet valley” which is being filmed against the idyllic Irish countryside.

However, in reality, it is an examination of how big business can exploit and destroy those whose dreams depend on it. The film industry is merely an example and the issues are not exclusive to it.

Owen Sharpe (Jake) and Kevin Trainor (Charlie) embody every role between them. From the film crew to the locals from the film set to the funeral wake. This is a great demonstration of skill and the energy never falters. 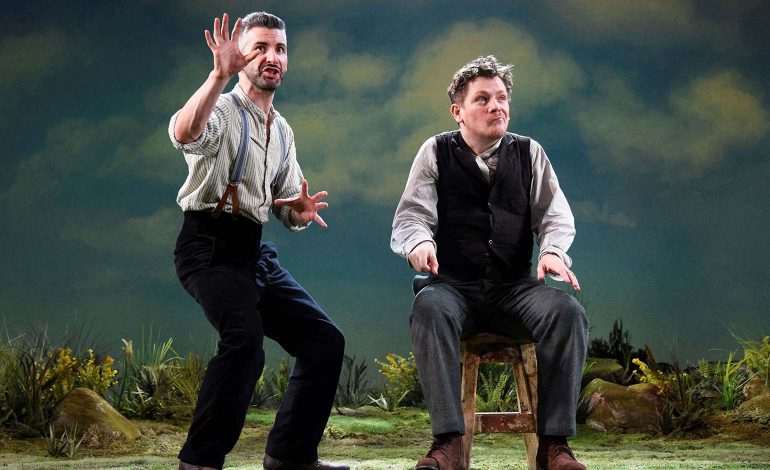 The pervading optimism is never far from the surface but the reality of the lack of opportunity and the disempowerment felt by the visiting crew is keenly felt by the locals.

Directed by Lindsay Posner, the seamless morphing from one character to another allows this tale to emerge with a heartfelt sincerity that belies the early humour.

The comedy is sharp and comes from the perceptions of the local characters presented. The pathos is clear and whilst the play may have been first staged in 1996; the relevance in the current climate is palpable.
_ _ _ _ _ _ _ _ _ _ _ _

Stones in His Pockets by Marie Jones, and directed by Lindsay Posner, is showing at the Theatre Royal in Bath until Saturday 16th March 2019.